2degrees Wants to “Fight for Fair” with Its Baby Bonus Campaign

TBWA\NZ’s From Nowhere agency worked with the brand to secure the future of the next generation of Kiwis, discovers LBB’s Esther Faith Lew 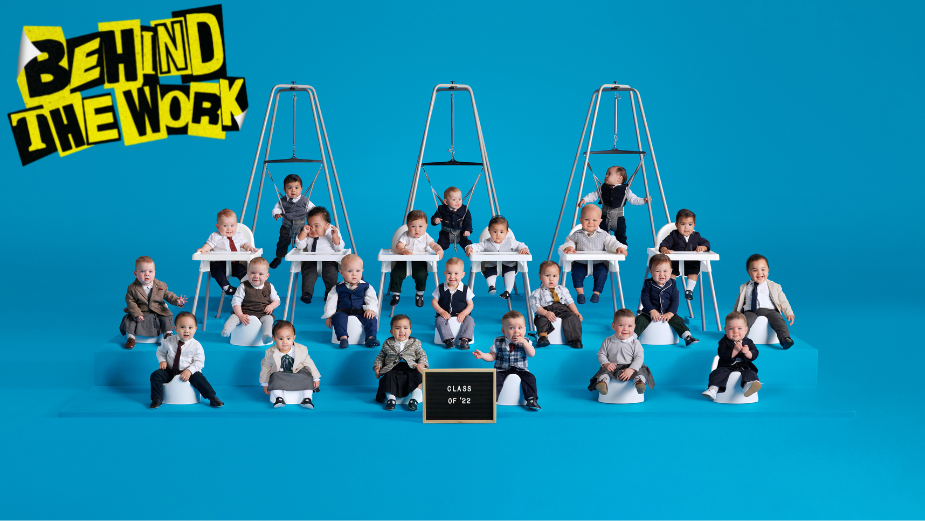 With the global economy looking uncertain in recent years, the future is in everyone’s minds – financially, culturally, and environmentally. With that perspective in mind, the future of the generations to come take priority, and together, 2degrees and TBWA\NZ made a positive commitment with its campaign to ‘fight for fair”.

Babies are the heroes in the campaign, and they champion “the next generation of 2degrees”, which sets the context of 2degrees’ merger with telco Vocus. “Our brief was to celebrate this merger as a significant milestone for 2degrees by demonstrating how the brand’s merger with Vocus meant we could take our ‘fight for fair’ in the telco market, and in culture, to new heights,” says creative lead Ashley Wilding from TBWA\NZ’s From Nowhere, a fully remote agency working from its London base.

Adds creative lead Daniel Davison, “A positive shift in the future of the 2degrees business felt like the perfect moment to make a positive commitment to the future of the country.” He elaborates that the telco market in New Zealand is dominated by Vodafone and Spark. With the entry of 2degrees, it provided the push needed to challenge the market share in favour of the customer.

The campaign strikes a chord by positioning the brand as one that is aligned with its community and its future. “The audience is there no matter what. Everybody has or wants a phone. But everyone’s saying the same thing. And when one telco tries to one-up the other with a lower price, or better offer, and the others just copy.

“So, it’s what you stand for that makes you stand out. It’s what you do to impact the lives of your customers. That’s why 2degrees stands out; they use their scale to do things rather than just say things,” says Daniel.

LBB> How did TBWA\NZ go about their brainstorming and how did it lead to the concept? What was the desired impact for “celebrating this new chapter”?

Ashley> The merger was top secret, so we had to do things a bit differently than how we’d usually approach a brief. The entire team was purposely kept to a handful of people, and there was no work-up on wall situations. This was made easy with our From Nowhere set-up. Daniel was in London, and I was still working out of Sydney at the time. The rest of the team were in New Zealand, so it was real cross-time zone collaboration. 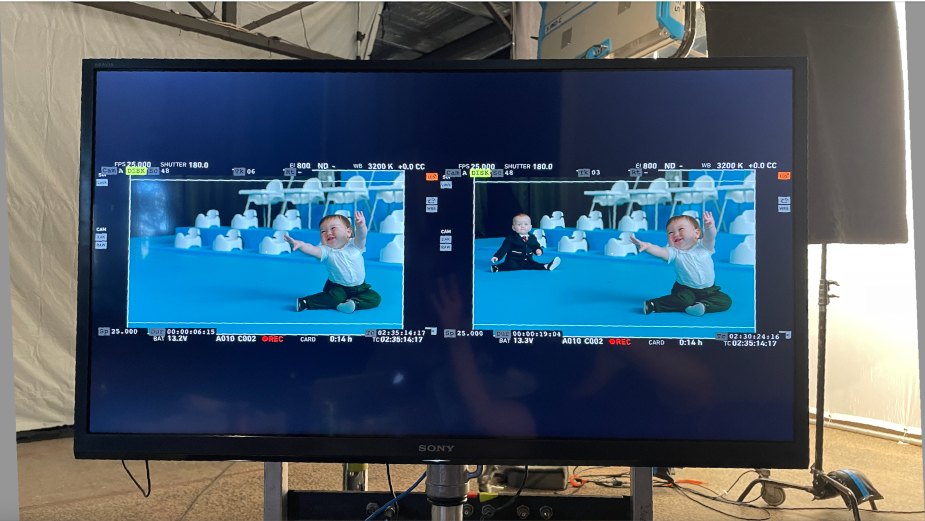 LBB> As part TBWA\NZ’s From Nowhere concept, talk us through how you worked on the production and the process involved.

Daniel> Even though it was one of the first experiences for everyone involved working at From Nowhere, it was really easy. There was complete trust between the agency, client and our production partners, The Glue Society, who are always amazing to work with. Sure, there were a few meetings at weird hours that we all jumped onto to iron out a few things, but we generally just got on with it.

In the end, the spot was shot in Sydney with Ashley on the ground and the rest of us dialling in from here, there, and everywhere. I was in London drinking cups of tea through the night. Pete, our director, the 2degrees clients and the TBWA\NZ team had to dial in from New Zealand because they were still in and out of lockdown.

LBB> Shooting that many babies for a commercial looks like a challenge for super moms. What was it like in the studio?

Ashley> It was chaotic clockwork. Each baby had their own time slot and were comped together later, so thankfully we weren’t chasing babies around the studio all day. We were lucky because the idea was to capture babies being babies. We didn’t have a specific action we wanted any of them to do, they just needed to look cute and do what came naturally. Surprisingly, I think there was only one proper meltdown all day, and that made the final cut.

LBB> How did technology and post-production skills come in to jazz things up?

Ashley> Post production was impressive. The Glue Society did an amazing job creating systems and grids that meant each baby could be comped together seamlessly. I remember Pete explaining how one baby would be in this grid, and the next baby would be in that grid. One had to be here, and the other had to be there or it wouldn’t edit properly. To be honest, I think most of us just nodded along because we trusted Pete completely, and we were right to.

LBB> This campaign involved a roll-out of TV, OOH, digital and social. Do elaborate on your integrated campaign strategy and the targeted messaging and desired results.

Daniel> First, we needed the nation to know about the new 2degrees and what we were doing to expand our family. But this also needed to be done in a fun, engaging way. The fairer future wasn’t just a statement about 2degrees; it was an active intent from the business to New Zealand. Post launch and with our baby bonus, we then needed to deliver tangible proof points of how the new company would benefit Kiwis.  For non-customers, this was about creating fame, awareness, and consideration. For our current customers, this was about reaffirming our “fight for fair”.

LBB> What learning points and takeaways did they yield in their success metrics?

Ashley> The campaign was extremely successful for the brand and their people, but we’re most pleased to announce we’re paying out to (almost) every baby born this day. We found 142 lucky Kiwi babies born on 1 June and these babies will take home their share of a $222,000 baby bonus. We even had two sets of twins whose families get twice the baby bonus pay-out.

We also had Kiwis trying to find the babies born through Facebook communities, Reddit and even nurses who were proactively telling parents in the halls of hospitals. All this meant we exceeded all our metrics on awareness, branding and consideration. And we made the intention of our merger and the fact we would fight for an even fairer future famous across  New Zealand.

LBB> How did this campaign make an impact on 2degrees’ branding and market position?

Ashley> The campaign drove fame and increased our metrics across awareness and branding.

LBB> Moving forward, how has this campaign set a benchmark on how TBWA\NZ approaches the telco sector in future client briefs?

Ashley> 2degrees is all about momentum and “fighting for fair” means making a lot of bold moves. With the merger now complete, TBWA\NZ is set to help 2degrees further challenge and disrupt the telco market, and we’ll continue to adopt new and innovative ways of working to do it.

Save the Planet One Home Loan at a Time, from ANZ and TBWA\NZ
View all News