Industry experts from Sky, C4, Never.no and IMD spill the secrets on addressable TV that you’ve always wanted to know 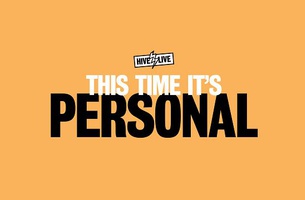 Do you really know how targeted TV works? Addressable is not the easiest thing to understand and keeping up with industry jargon can be tricky. Ahead of HiveLive 4 in Manchester, UK, Honeycomb | Group IMD gathers a few of its conference speakers to describe in (much needed) layman’s terms, twelve things you need to get to know about it.
Never.no CEO, Scott Davies; Channel 4's Group Digital Manager Rebecca Hill, Group IMD | Honeycomb’s chief product officer Doug Conely, and head of Sky AdSmart Local & Development at Sky Media, David Sanderson share their wisdom…
1. Targeting isn’t just about people: Targeted doesn’t just mean focusing on an individual or group, it can also be targeting the relevance of the content to the day/situation/events. (Scott Davies – Never.no)
2. You can get really specific: There's a difference between household level targeting (there are multiple devices in a household and multiple householders that you can stream to but you might not know is watching each ad), device level targeting (you know that it's a certain TV, laptop, tablet, or mobile streaming the ad but you don't know which user, just a guess), and individual targeting (the user is logged in so, as long as the same user that is logged in is the one viewing, you can use anonymised individual level data). (Doug Conely – Group IMD)
3. It's been around longer than you think: Addressable TV already exists and has done for some time through VOD. 60% of All 4’s viewing is on the big screen and is 100% addressable. (Rebecca Hill, Channel 4)
4. It’s surprisingly affordable: Targeted TV campaign costs start from £3000. (David Sanderson – Sky Adsmart)
5. It will change the way TV ads are bought: Addressable TV will increasingly be bought through new buying systems which are being developed specifically by both media owners and media buyers. Both parties are creating new self-serve buying options which have granular audience analytics and granular targeting settings to inform buying choices. (Conely)
6. A bit of forward thinking goes a long way: Building targeted campaigns can sound like a lot of production work, however there are tools to automate changes to your creative. Importantly, developing creative in advance with the ability to change elements throughout the campaign, doesn’t have to be limited to end frames, multiple elements can be made changeable and can be integrated into the final creative seamlessly. (Davies)
7. It's yours for the taking: C4 are continuing to explore addressable live linear routes with a number of tech vendors. (Hill)
8. It’s excellent value for money: Targeted TV is pay-per-view – but you don’t pay unless 75% of the TVC has been seen. (Sanderson)
9. You can reach the people you care about: Broadcast television can play with time of day, channel, and programme adjacency. However it is still broadcast to all viewers. The difference with addressable TV is that it has many more data options to target against and IP streaming allows the media owner to deliver down to audiences of one if they want. (Conely)
10. It’s win win: A good targeted promotion will use social and online to influence the daily delivery of TV ads, but the TV ads can also push back to digital activities exponentially driving your reach and ensuring full integration of the campaign. (Davies)
11. It gives you incredible power (use it wisely): You are in control of how many times your ideal customer sees your TV ad. (Sanderson)
12: It could go one way or the other: No one know if this will be additive or cannibalistic. (Hill)
Want to know more? On Weds 21st November Honeycomb will host HiveLive 4 (Manchester) where you will be able to hear from a panel of experts on addressable TV. David Sanderson, Scott Davies and Doug Conely will be joined by Kristian Claxton, Finecast and Rebecca Hill, Channel 4.
RSVP here : Tickets are free but limited.
Where: Manchester
When: From 5.30pm on Wednesday 21st November
What: Expert insights, Q&A, drink, nibbles, chat

Less Time? More Screens: How to Adapt in an Age of Mass Content