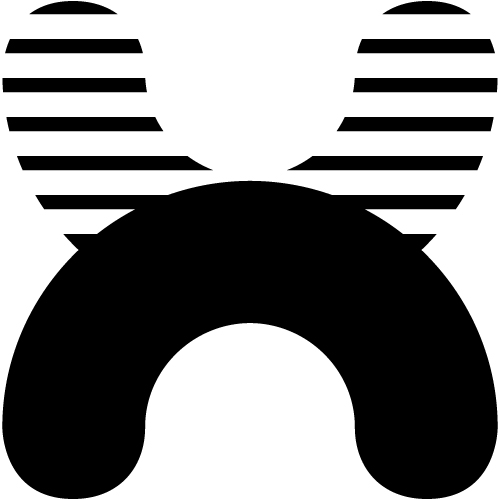 Based in London and LA, we make talked about work in film and interactive media.  Be it handcrafted or high-tech, we create heartfelt stories and experiences that transform brands and engage audiences through the power of entertainment and culture.

We make award-winning work in film and interactive media. Be it handmade or high-tech, we bring together a roster of globally acclaimed directors, production capabilities, craft and technology to create engaging stories and experiences.

Together with our clients we strive to make talked about work. Led by a roster of international directing talent, we have over 15 years experience in making commercial filmmaking, music videos, title sequences and identities.

We have twice won the Cannes Grand Prix and picked up two coveted Black D&AD pencils, a Grammy Nominated music video, a spot named Ad of the Decade by Adweek and have had four films selected as TEDs Ads Worth Spreading in just three years. We make commercial films and music videos that audiences actively seek out, generating millions of views and activating vibrant social conversation.

More than simply a production company Nexus is also a facility with our studio being home to the creative staff and technical pipeline that support our directors to make animation, mixed-media and live-action/vfx work.

The commercial division works alongside our producers in Interactive Arts and Original Content allowing true collaboration across platforms and new models in how we tell stories. With filmmakers sat side by side with interactive artists and coders we are leading the way in integrated production.

Sharing the same high values for storytelling and design as Nexus, Interactive Arts integrates technology as an exciting and powerful partner to create engaging interactive experiences. Bringing the technical, logistical and production support to some of the most exciting digital artists and creative coders working today, our focus is interactive storytelling; beautifully responsive environments that people can engage with and explore, to tell a new kind of story.

We continue to work with agencies, brands, music labels, museums, and institutions across a range of experiential and digital installations, websites, mobile applications, products and events.

With Nexus our integrated cross-platform projects regularly involve building and handling multiple assets between development teams, and our studio supports many pipelines to allow for fast and effective project development environments.

Regardless of medium we're constantly exploring new ways to tell stories that reward our audience with an experience that should feel truly unforgettable each time.

Nexus’ unique track record makes our studio ideally placed to create stunning experiences for this emerging platform. We are able to call upon our extensive experience in making high quality, award-winning films through our film division and couple it with the innovative and emotionally engaging digital interactive know-how of Nexus Interactive Arts.

Housing a talented roster of directors with years of experience directing commercials, music videos, feature film and interactive experiences, we bring the creative and artistic talent together with the technical expertise under one roof. This is supported by our 110+ person 3D studio. Our tried and tested render farm drives a custom 3ds Max/Maya to Unity pipeline to deliver high quality content.

In addition we are pleased to be joined by Liviu Berechet Antoni and Alexandra Stancu, the creators of the Altergaze VR headset. They will be developing VR experiences and assist the studio in improving the hardware and the software for this hugely exciting but new platform.

We are currently in production on an innovative 360 immersive short film project to be announced later this Spring.

The VR Studio works alongside our teams in filmmaking and Interactive Arts allowing true collaboration to create compelling story-led interactive film experiences with a feeling of genuine immersion.

With a commitment to fostering unique voices, we develop original content for TV, film and digital media. Credits include the OSCAR nominated animated short This Way Up and recent festival winners The Elaborate End Of Robert Ebb and In The Air Is Christopher Gray. Further film and TV credits include animated sketches for the BBC sketch show Monkey Dust and an animated short film within DreamWork's feature Lemony Snicket.

In 2013 Nexus received a British Film Institute Vision Award for slate feature development in partnership with Claire Jennings, producer of Oscar winning feature Wallace & Gromit: Curse Of The Were Rabbit and Oscar and Bafta nominated Coraline. Together we are developing a slate of animated features.

In feature development is Radio Jones. This project is being simultaneously developed as a cross-platform digital project and we are currently in production on a unique interactive Radio Jones story app to be released in 2014 funded in partnership with MEDIA.

We have a further slate of digital cross-platform projects including a pre-school interactive project planned for TV, app and tablet use, and are currently developing Invade All Of The Humans, a TV series for a major US network.

The Nexus studio lies at the heart of our productions. It provides the artistic and technical support to realise the vision of our directing talent and craft beautifully executed ideas.

The studio is led by a team of technical directors, animators, designers,coders and artists backed by an animation and VFX pipeline capable of producing multiple high-end 3D projects. It also provides the creative and logistical support to our live-action and stop frame productions.

Based in London's Shoreditch district, the 110-seat studio lies in the middle of London's creative and tech hub, giving it access to an amazing community of leading artists and innovative coders.