Robin was previously Lead Flame Artist at The Mill 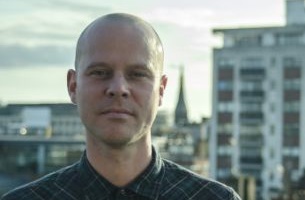 With over 18 years worth of experience, McGloin joins Youngster after honing his craft in London and Los Angeles at The Mill, where he began as a runner and left as Lead Flame Artist.

McGloin has lent his talents to a wide range of projects from adverts to music videos, feature films, and Super Bowl commercials. Teaming with agencies including Wieden+Kennedy, Team One, Deutsch and Saatchi & Saatchi, he has worked for top-tier brands such as Nike, Samsung, Toyota, Lexus, and VW. A career highlight came in 2015 when McGloin was tapped to be the lead compositor for Bryan Buckley’s film The Bronze, which opened the Sundance Film Festival that year.

The newly signed artist says that joining Youngster is an exciting chance to get in at the beginning of something. “I've always admired people that built companies or offices from scratch. I saw this as a great chance to do just that. It felt right as the ambitions of the company are very much in line with my own,” says McGloin. “Ultimately, I'd like Youngster to be the first post house that people think of when they have a project. But just as important, to help create an environment where employees like coming to work.”

“We are thrilled that Robin has joined Youngster,” says Partner/ Editor John Smith ACE of Whitehouse Post. “He recognised the uniqueness of this opportunity, to have a finish company in the same space as two world-class editorial companies. The value of having editors on site to oversee the process from start to finish, we’ll have a head start and be able to problem solve early on as well as offer our clients a more refined comp during offline.”

Paul Watts Partner/Editor of The Quarry says: "Robin’s arrival at Youngster is very exciting for us. For a long time now, we’ve been looking at the opportunity of offering our clients a full service from rushes to final delivery, and although the technology has been there for a while, we were missing a vital piece of the puzzle to complete the picture. Robin’s charm and breadth of experience are a winning combination that will be of great benefit to us and our clients.”