Work of the Week 506 Add to collection

In this week's selection of top creative, a powerful message for refugees, selling out theatres with mannequins, Questlove's curiosity, father's day campaigns and more 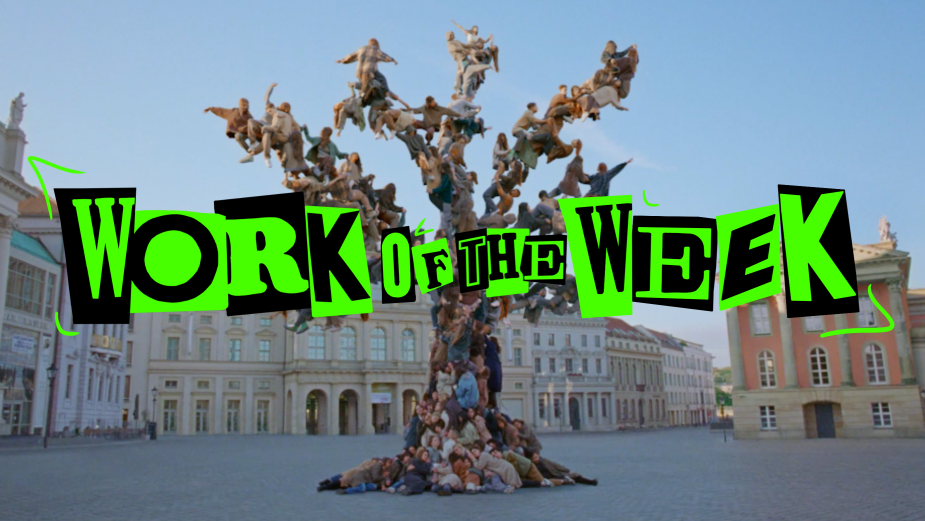 With Father’s Day approaching (warning - it’s this Sunday for all of you forgetful last-minute-buyers of cards and gifts) it seems only right that this week’s selection of the best creative work includes two campaigns that celebrate the father figures in our lives. Firstly, Prostate Cancer UK’s touching ‘Ode to Dads’ was created by BBH London and aims to raise awareness of the disease through candid video and photography that displays some quintessential dad behaviour - whilst a funny and quirky spot from card marketplace thortful and creative agency isobel highlights the simple human truth - that we all want our father's approval.
Besides Father's Day content, a particularly impactful campaign released this week was the UN Refugee Agency’s ‘Uprooted’ film. Directed by Stink Films’ Andzej Gavriss and choreographed by Ukrainian choreographer Konstantin Koval, the piece subverts expectations and incorporates physical theatre to powerfully commemorate World Refugee Day (20th June) and show the traumatic effects of war on refugees.
And from Latin America - now two years since the start of the pandemic - Peru’s theatres still have capacity restrictions, with 35% of the seats going unsold. Working with Fahrenheit DDB, Peruvian retailer Oechsle decided to support the theatres and make the shows 'sell out' once again, by purchasing those ‘unsellable’ tickets and putting mannequins in the seats. Covid-safe and deserving of a standing ovation!
As well as these emotional and unifying picks, this week’s selection of the finest creative work includes a glimpse into the mind of Questlove from the New York Times and Droga5, a call to action from Whitney Cummings for women to “un-apologise” for who they are, a musical and witty campaign helping a man find his soul mate for South African restaurant chain Chicken Licken, and a dynamic new direction for the Royal Ontario Museum, courtesy of Broken Heart Love Affair.
You can enjoy watching all of these campaigns in the list below.

As we approach World Refugee Day (20th June), UNHCR, the UN Refugee Agency has released a powerful short film called 'Uprooted'. At a time when the global displacement crisis has reached 100 million people worldwide, the hero short film features Ukrainian refugees and sends a message of support to all refugees around the world. Directed by Stink Films’ Andzej Gavriss and choreographed by Ukrainian choreographer Konstantin Koval, the film was produced in Berlin through agency Don't Panic. About the piece, Rick Dodds, creative partner at Don’t Panic says, “From conception to delivery, refugees from Ukraine have been at the heart of the team. Not only have their first hand experiences been woven into the script, but their talents as an actor, dancer, choreographer is what makes this film so powerful."

With a new brand platform and visual identity, as well as an accompanying short film and campaign, Broken Heart Love Affair has dramatically disrupted perceptions about the Royal Ontario Museum and its role in society. Emerging as "a new ROM" after the pandemic, the museum is revitalising its image and BHLA's newest film is the perfect way to kickstart the identity refresh. The film ushers in the new 'ROM Immortal' brand platform and features a visually spectacular odyssey of human existence that reflects ROM's extensive collection.

Two years since the Pandemic started, theatres in Peru still have capacity restrictions. 35% of the seats remain empty, which means 35% of unsold tickets. Therefore, Oechsle, one of the biggest retailers in Peru, decided to help the theatres by buying the unsold tickets to sit its Mannequins in the restricted seats and show its collections in an unusual way.

Featuring Questlove, the next iteration of The Times’ Independent Journalism for an Independent Life campaign takes us inside Questlove’s thought process as he reflects on the stories that impact his life and perception of the world. The campaign from Droga5 is directed by Ghanaian-American filmmaker Joshua Kissi and will be featured at the Tribeca Film Festival and shown in independent theatres across the US in addition to TV, digital, print, out-of-home, social and audio spots.

Partnering with comedian and un-apologetic spokesperson Whitney Cummings, McCann's campaign for Annovera encourages women to focus on being their most authentic selves - and to stop apologising for who they are and what they want. In the spot, Cummings and other women call on the audience to 'un-apologise' for being themselves, in order to help leave outdated cultural and social stigmas at the door. Starting on 23rd April with Vagina Appreciation Day the campaign continues to share Un-Apologies across a variety of female perspectives and experiences throughout their reproductive journeys.

Prostate Cancer UK’s touching ‘Ode to Dads’ was created by BBH London and aims to raise awareness of the disease through candid video and photography that displays some quintessential dad behaviour. Expect dad dancing, dad jokes and dad DIY! With over 11,500 men dying every year from prostate cancer, the campaign is a sobering reminder of just how many people are robbed of spending time with their dads this weekend. From a father offering his broken-hearted daughter a shoulder to cry on, to the dad who gently tends to his child’s scraped knee. ‘Imagine a day without our dads’, it says, before urging audiences to visit here and help save lives this Father’s Day.

The second father-filled feature we have this week is a funny and quirky spot from card marketplace thortful and creative agency isobel. Based on a simple human truth, as many great campaigns and ads are, the spot pairs some excellent physical comedy with the notion that - at the end of the day - we all want our dad’s approval. Produced through isobel Productions, the short spot stands out from the crowd with its slightly eccentric tone that plays off of thortful’s playful brand image and products.

This tender, witty ad campaign speaks to the hearts of hundreds and thousands of South Africans also looking for love and seeks to help them with a dating app called Tender, created especially for the campaign. Chicken Licken has a reputation for creating some of the funniest and wackiest campaigns world-wide and its 'Love Me Tender' spot doesn't disappoint. Featuring South African artist Msaki, singing her rendition of 'What Jamie needs now, is love, sweet love', the film involves a man (Jamie) witnessing love all around him, but never finding it himself... perhaps you can help? Help Jamie Find Love here.