Why Juniper Park\TBWA and Nissan Created Their Own ‘Multiverse’

Behind the Work 262 Add to collection

It’s probably safe to say that every television consumer has seen their fair share of car commercials. A nice but typically glossy ad which highlights the release of a company’s latest and greatest vehicle. However, Nissan Canada is moving away from single car spots and building towards the idea of Nissan as an overall brand, with the release of its new ‘Multiverse’.

A big factor in this ability to move toward a multiverse is Nissan’s legacy in motorsports. “Nissan has a rich history in motorsport that continues to this day, including competing in the prestigious Super GT Series in Japan, and in Canada with our very own Nissan Sentra Cup,” says Ken Hearn, director of marketing, Nissan Canada. “We wanted to shed light on this fact by creating a campaign that demonstrates to Canadians that whether it’s the Nissan you drive every day, or the one that’s racing competitively, every Nissan is a Nissan; they all share the same performance DNA.”

Juniper Park\TBWA creative director Andrew Caie and associate creative directors Jason Lee and Derek Silveira, with Ken spoke to LBB’s Josh Neufeldt about how they brought this campaign to life.

LBB> What were some initial creative ideas you had for this campaign?

Ken> We came up with a brief and we really left it up to Juniper Park\TBWA to come up with the concepts which would speak to the former.

LBB> What was the brief for this campaign like?

Juniper Park\TBWA> This brief was very focused and could be summed up in the two words on the title page - ‘thrilling performance’. Of course, there was all kinds of data and strategic insight to follow, but we already had a great jumping off point from page one. All sorts of thoughts raced through our heads because the idea of ‘thrill’ gives you a big sandbox to play in, but it wasn’t long before we started thinking about how we could bring Nissan’s performance heritage into the picture.

Ken> The brief was to bring performance to life in a thrilling way, leveraging some of our newest products while also highlighting some key touchpoints that are particular to Nissan in Canada.

LBB> What were your main aims and ambitions with this project?

Ken> Our main aim is to capture people’s attention, which is increasingly difficult to do these days. As the Nissan brand continues to grow and evolve in Canada, we want consumers to know we are more than just individual nameplates. Nissan represents great products, technology, and innovation across all offerings, which can be felt across the overall consumer experience. Our goal was also to highlight Nissan’s lengthy performance heritage, be it our involvement in motorsports globally or within Canada with our very own Sentra Cup racing series. It’s worth noting that the technology and design used in motorsports has and continues to help shape and inspire the development of our consumer lineup.

LBB> This campaign highlights Nissan’s rich history in motorsports. What was the research process like?

Juniper Park\TBWA> A lot of the heavy lifting was baked into the brief, so we already knew about Nissan Canada’s Sentra Cup Series, Nissan’s participation in the Super GT Series in Japan, and Formula E. But we also spent a lot of time digging deeper to learn about how far back their racing heritage went – and it’s far.

LBB> The main premise of this ad is the creation of the Nissan ‘Multiverse’. How did this idea come to pass?

Juniper Park\TBWA> The creation of the Nissan ‘Multiverse’ was one of those happy accidents. We knew we wanted to show production Nissan vehicles racing against their high-performance counterparts, but when we showed an initial script to our legal department, they flagged the concept. The only way we could show them together was to make sure that they were being shown in two distinctly different locations, but we wanted to see them both in the same frame, so that’s where the idea of the ‘Nissan Multiverse’ came up. It was a legal solution that ended up making the idea better.

LBB> What is your relationship with Nissan like? Is a campaign like this quite collaborative with the client?

Juniper Park\TBWA> We couldn’t ask for a better partnership. There’s so much at stake when you’re working on a production this big, and sometimes that can cause tension, but this process couldn’t have gone more smoothly. Every time we hit a roadblock, we worked together to find solutions that wouldn’t compromise the integrity of the idea. It helped that we both wanted the same thing: to capture thrill, and make something we could be proud of.

LBB> An advertisement about cars needs to showcase the cars. How does this influence the writing and initial concepting process?

Juniper Park\TBWA> It’s sometimes a tough balance; you want to make something conceptual, but you’re limited in a lot of ways because there’s only so many settings you can drop a car into that make sense. We end up treating the cars like main characters, where the story can’t be told without them. Those guardrails really helped to guide the process.

LBB> How did you come up with the idea of developing a campaign made by Canadians, for Canadians? And how did that influence the writing process?

Juniper Park\TBWA> It’s always important for us to make sure Canadians are being represented. One place we knew we’d be able to do that was with our settings and characters. We always have a Canadian location in mind when writing each scene, and we write characters that represent the spectrum of people across Canada.

Ken> Creating and producing work in Canada is important to us. While we do leverage work from other markets where Nissan operates, we try as much as possible to create things locally.

LBB> What was Ozan Biron like to work with on this campaign? Why was he the right director to bring this to life?

Juniper Park\TBWA> Normally in the production process, we start with a long list of directors, but for this campaign we specifically asked for Ozan. We were big fans of his high-octane, cinematic shooting style. And he’s a Canadian to boot.

LBB> What was working with Slice Films for the video’s production like? And why were they the right team for the job?

Juniper Park\TBWA> Bringing the ‘Nissan Multiverse’ to life required a huge amount of planning. With all the CGI needed to pull this off, everything had to be figured out before the first shoot day. Slice Films understood that and thought every detail through. Ahead of the shoot we already had a very accurate picture of what the finished product would look like. There weren’t any shots left on the cutting room floor.

LBB> If you were on set, do you have any interesting anecdotes or lessons learned?

LBB> There are a lot of cool locations featured throughout the video. Where did you shoot, and how did you go about selecting your locations?

Juniper Park\TBWA> We shot in downtown Toronto, at the Canadian Tire Motorsport Park in Bowmanville, and at a forest/gravel pit near Uxbridge. We wanted to see our Sentra Cup cars racing around the track in Mont-Tremblant, but we didn’t have time for a location move that big. So, we shot at Motorsport Park nearby and did a background replacement. We also wanted to film our Super GT Nissan Z on one of the tracks it races on in Japan, but that was completely unrealistic, so that scene where the Nissan Z vehicles are racing on the track in Mount Fuji is completely CGI.

LBB> One of the coolest sequences is when the ad shows off the Nissan with treads instead of tires. How did this vehicle get chosen, and where did the idea to feature it come from?

Juniper Park\TBWA> Every car in the ad has a high-performance counterpart. The Sentra is paired with a Sentra Cup Car, the Nissan Z has a Super GT version to race with, but the Rogue was an outlier. It doesn’t race in a series, so we had to get creative. Through some digging we found that there was this awesome track machine version of the Rogue that Nissan had built, aptly named ‘Rogue Warrior’. We tracked it down and wrote it into the script.

LBB> Do you personally have a favourite sequence from the ad?

Juniper Park\TBWA> One of our favourite parts is when the screen rotates to reveal the opposing horizon and upside-down racetrack in the Nissan Z sequence. We love that scene for how grandiose it is, and the nod to the film ‘Inception’. Another favourite is the opening sequence with the split screen where we first reveal the Sentra Cup cars and there’s that moment of interaction between the drivers. To us, this feels so relatable. Anyone who enjoys driving has imagined themselves taking a corner on a racetrack, and this scene really brings that to life.

Ken> My favourite sequence is the opening of the ad when the Sentra driver makes eye contact with our actual Sentra Cup driver. It’s just a moment and then they are both on their separate paths. I think it opens up the ad in a really nice way which reflects our message about our motorsport DNA being present in our everyday vehicles.

LBB> What challenges have you faced during this project? How did you overcome them?

Juniper Park\TBWA> When we were deciding what high-performance cars to feature in the spot, we had a hard time figuring out how to secure them for our shoot window. The Sentra Cup Series is currently underway, so we had to try to get the vehicles and driver on set without disrupting the series. Luckily, with the support of Nissan Canada and our amazing producer, we were able to put together all the moving pieces.

Ken> I think the team worked really well in terms of managing challenges. We had a number of locations, vehicles, talent, and CGI tasks which needed to be done. Close collaboration throughout the development made finding solutions easier.

LBB> What has the response to the campaign been like?

Juniper Park\TBWA> So far, the response on social media has been great. A lot of people have been asking what the song we used is called. It’s ‘Have Love, Will Travel’ by the Sonics, in case you’re wondering.

Ken> So far, it’s been really positive. The multiverse approach is different and eye catching, and the track part fits really well into the story we are telling. 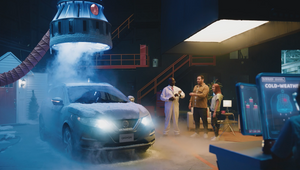 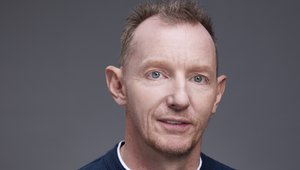 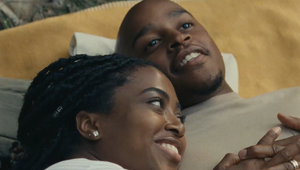 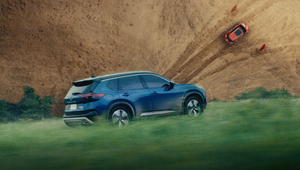 Nissan Crafts its Own Multiverse in Exhilarating Campaign
View all News