Why Creatives Should Rethink their Visual Diet 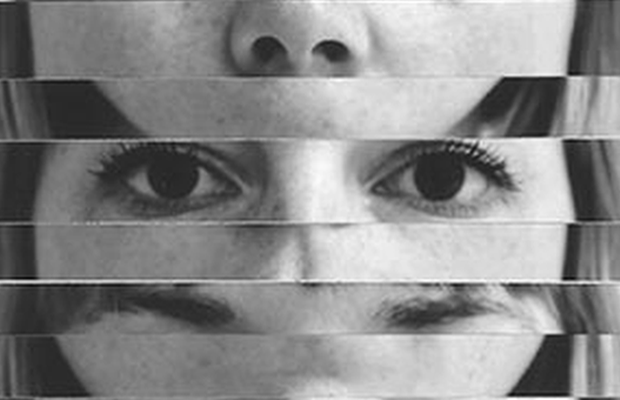 Here’s a sobering statistic for you – if you’re not doing Dry January and are sober enough already, that is. Kim Kardashian has 124m Instagram followers. The Louvre has 2.4m. It says a lot about the visual imagery that most people are consuming on a minute-by-minute basis. Retouched, gratuitous, vacuous, consumerist and so easy to swallow. Like a constant diet of Papa John’s jalapeno poppers and 15-inch meat feasts, it leaves you feeling bloated, greasy and not fantastic about yourself.
It’s this realisation that lead M&C Saatchi’s head of visual content Mimi Gray and Marine Tanguy at MTArt Agency to create Visual Diet, a platform to promote a more balanced range of imagery. Time to eat your cultural greens, people.
Visual Diet hopes to target a society-wide issue, but Justin Tindall, group CCO at M&C Saatchi reckons it’s something that particularly applies to creatives. “The message is the same for creative people, just make sure what your consuming is balanced. And your diet should be more varied than anybody else’s. We have to have so many reference points, our brains should be like potting sheds,” he says.
“I always encourage my teams to be consuming as varied a diet as possible and that includes utter junk - the disposable, high calorie, innutritious stuff - alongside highly thoughtful, thought-provoking, beautiful clever creative content as well. If you’re just junking on one thing as a creative person that really is creative suicide because your reference points are going to be very narrow… if all you are consuming is junk, the likelihood is everything that comes out the other end is going to look quite unhealthy.”
There’s also a mental health aspect to the issue. Co-creator Marine has previously given a TEDx Talk called How Social Media Visuals Affect Our Minds.  “I believe in the positive value of inspiring visuals, especially those created by artists. I hope people start seeing the effect of these visuals on their mental health as our campaign raises this awareness,” she says.
One of the key collaborators for the project is the photographer Rankin, who has brought his own creative projects to the Visual Diet cause. For example, he has taken a series of portraits of models and has given them the images alongside the sort of image editing software teenagers often use before posting their selfies online. The results are shocking – even those beautiful people, employed for their ‘perfection’ are prey to the insidious impact of retouching culture.  And so, for creatives the project also raises the question of the effects that their work has on society from a mental health perspective.
“The selfie has become a way of faking your life, looks, and distorting reality by putting a rose-tinted lens over everything. One of the scariest things I’ve heard is that people are going to plastic surgeons and asking to look like their altered selfies. These transformative tools are easy to use and available to everyone, no matter how young,” says Rankin.
“We live in a time of overwhelming visual stimulation and it is impossible to have control over all the imagery we are exposed to - from advertising and editorial to images on the news, even on our friend’s social media pages. We are all content creators now, and we all share the responsibility,” adds Mimi.
Visual Diet will kick off on January 24 with a panel discussion and exhibition at M&C Saatchi’s offices at Golden Square. The exhibition will feature five artists, including Clémence Vazard, who will be showing her lightbox self-portrait, previously on display in Paris, with an audio piece created for Visual Diet, ‘Hey Siri, why don’t I look like that girl on Instagram?’ For this audio art project, Vazard gathered testimonies from young women who had been negatively affected by imagery on social media. In the lobby of M&C Saatchi currently, there’s an AI-powered digital photo board showing a gallery of images - the camera will analyse emotional responses in viewers’ faces and filter out the negative or unhealthy pictures over time. There's also an Instagram account and a website where people can vote on the images they feel have a positive and negative effect.
And, at a time when we’re all considering better habits for the year ahead, the project also serves as a timely reminder to creatives to stop binging on easy-to-swallow crap and treat their eyeballs and brains to something a bit fibrous.