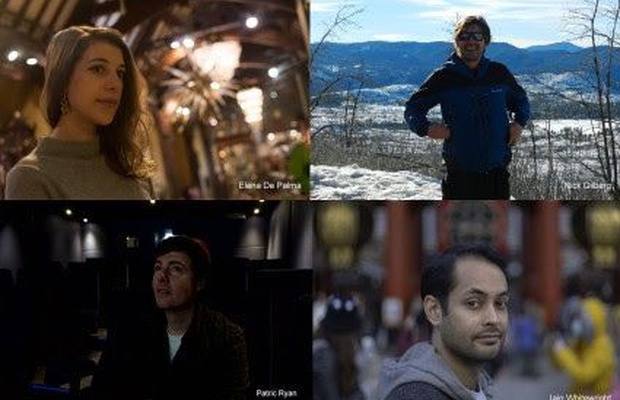 Whitehouse Post strengthens its London roster by welcoming three new editors and promoting one from within.

Among the notable editors joining the Whitehouse London office is Patric Ryan, who arrives at the company after a decade at Marshall Street Editors. During his career, Ryan has infused his editorial craft into spots for Johnnie Walker and Strongbow, both helmed by acclaimed director Fredrik Bond, as well as campaigns for H&M, Adobe and Samsung. According to Ryan, Whitehouse Post’s vast network provides a sense of stability and support to a busy, travelling editor. “I live between three cities and cut in tens more a year,” he explains. “I was really attracted to Whitehouse’s team for that reason, it’s great to feel like you have a family in every city you work in.”

Joining Patric is fellow editor and protégé Elena De Palma. Elena’s work has taken her around the globe, and we’re excited that she’s chosen to call Whitehouse home. Most recently, De Palma cut “Share the Love” for Huawei with Director Bastian Glassner of B-reel films, and collaborated with Fredrik Bond on an action-packed project for Game of War where De Palma found herself cutting between Prague and the US.  “With most characters yet to be embedded into the live action film, it made for a challenging but exciting edit,” says De Palma.  De Palma built on these skills when cutting “Bears” with Ben Liam Jones for Center Parcs, which was honoured at the Kinsale Shark Awards in 2016.

Rounding out the trio is Nick Gilberg, coming to Whitehouse Post from TBWA\London. An accomplished editor, Gilberg is known for cutting music videos for superstars like Janet Jackson and Pink, and commercials for top-tier brands including Adidas, AirBnB, Nike and Nissan. In 2016, he won a Gold Best Editing Award for Coco De Mer “X” at The One Show and Creative Circle Awards, his work has also been awarded at Cannes and the Milan and London Fashion Film Festivals.

In addition to the new hires, Whitehouse Post continues their tradition of fostering homegrown talent with the promotion of Iain Whitewright to Editor. Whitewright, who has grown his skills at Whitehouse over the past five years, most recently cut a Gucci/GQ campaign starring Michelin chef Massimo Bottura and Primal Scream lead singer, Bobby Gillespie. Known for his visual storytelling, Whitewright has teamed with directors including Joachim Back and Lisa Gunning for brands such as Nike, Ballentines and Land Rover.

According to Whitehouse Post London Executive Producer Chris Allen, the new hires and promotion not only reinforce the company’s UK talent roster, but signify the diverse array and global reach of editors housed within. “We are very excited to bolster our roster with these four very talented editors, who are already busy working on multiple projects. They are a great addition to an already strong team.”