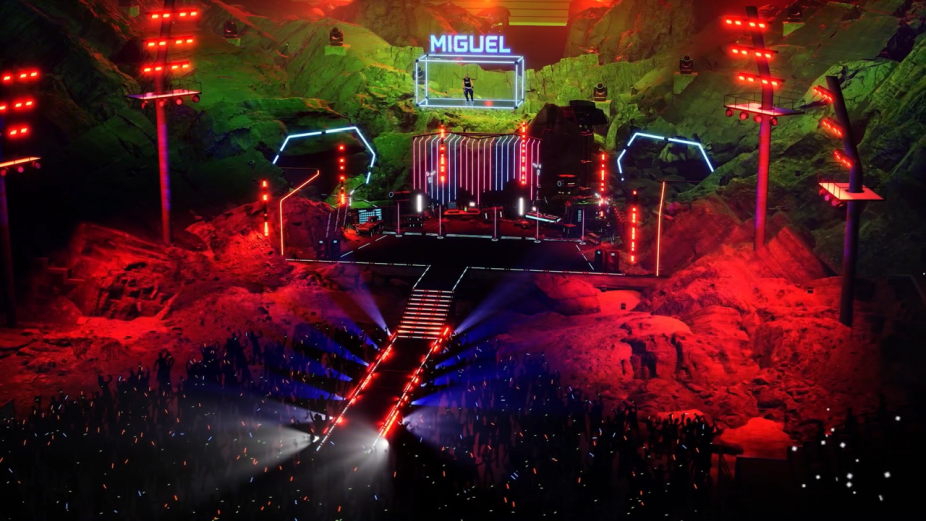 In today’s world, audiences are constantly seeking the new, the bold and the daring. Gen Z, whose behaviour brands, artists and music labels should be well versed in by now, are digital natives and have never known a world without the internet. Hot on their heels comes Gen Alpha, who have pretty much been born with smartphones in hand. So, it’s safe to assume that pure physical live performance is no longer going to cut it for this tech literate young crowd.

2022 has seen an influx of cutting-edge technology helping to wow audiences both in person and at home. We’ve seen notable tech-led sets from Flume, broadcast to the world live from Coachella using innovative in-camera AR techniques; Elton John, with his poignant AR tribute to frontline workers at Hyde Park’s BST; and of course ABBA’s hotly-anticipated return to the stage as super-realistic avatars, powered by motion capture technology.

This is a strong start to revolutionising the live entertainment experience. But there’s more to come.

It’s been two years since Travis Scott’s iconic Fortnite concert, a Metaverse milestone viewed by 12.3 million that has (so far) remained unmatched - although the VMA’s brand-new Best Metaverse Performance category signals that the competition may be hotting up. The full potential of Web3 is certainly not here yet, but by 2032 we may very well find ourselves in a vastly evolved virtual landscape full of mind-blowing possibilities. Web 1.0 gave access. Web 2.0 brought connection. But Web 3.0 will introduce a whole new dimension.

The Metaverse opens up a world where venueless performance is an option. With no cap on numbers, unrestricted audiences can form from anywhere in the world. Attendance just took on a new meaning. But this venueless approach doesn’t just remove geographic and capacity barriers - it will also mean we can disrupt physics. During Coldplay’s performance in the BMW Joytopia experience, fans were able to defy gravity by flying to view the action from any angle. Imagine if we expanded this mechanic to a festival-wide scale, allowing virtual audiences to float through time and space, exploring different tents and zones from never-seen-before aspects that wouldn’t be possible in the real world today.

The idea of participation will also be key to future festival experiences, where interactive elements can give audiences the power to influence the action on stage. We’re already starting to see this, with Garena’s vote-driven interactive YouTube concert offering a great taster of what can be done. But imagine this on a larger, hybrid scale, where fans can choose every single element that plays out on stage - from the performer’s outfits to song choice, set design and guest appearances - with each choice playing out in real-time before their very eyes. In-built virtual chat functionality could also facilitate a two-way dialogue between fans and their favourite artists, further enhancing that sense of involvement.

Back to the Future

Tech-charged music experiences of the future will also allow us to go against the principles of time, enabling fans to skip seamlessly through the years to revisit some of the most iconic music moments in history, or witness a killer collaboration that is yet to happen in the real world. Imagine a fully immersive experience that allows Britpop fans to relive Oasis’s first Pyramid Stage appearance at Glastonbury 1995, before travelling seamlessly over to the 60s to explore a virtual recreation of Woodstock. By incorporating deepfake AI techniques, we could also create duets between music legends who have never actually appeared on stage together, broadcast either in the virtual world or in front of a live crowd on stage.

At any performance, you’ll always get megafans. Metaverse platforms are already exploring how fans can get closer to their favourite artists, with some online communities given exclusive access to meet Blackpink band members in a recent activation. At the rate that Web 3.0 is advancing, we’ll soon be able to create more sophisticated tiered experiences for die-hard fans to gain ultimate access to the artists and performances they love. Think lucky competition winners entering the virtual recording studio to jam with their idols before appearing with them as digital avatars up on stage for a VIP moment like no other. Or NFT merch released as in-game rewards to those who can prove their superfan status, each unlocking a unique experience such as a backstage pass or front row seats for both IRL and virtual performances.

Separately, these ideas are already incredibly exciting. But by 2032 when the full scope of the Metaverse has matured, we will likely have the potential to pull all these different threads together into one holistic, immersive music experience. Festivals are set to undergo a truly transformative makeover in the next ten years; one that will transcend time, space and identity to redefine the live entertainment genre. Brands, musicians and labels need to wrap their heads around the possibilities of Web 3.0 in order to put on a mind-blowing show for the audiences of the future.