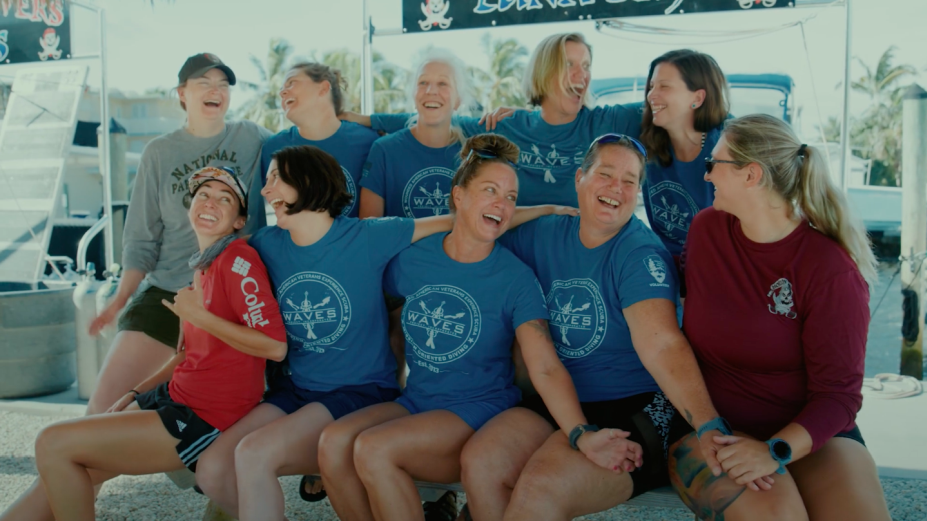 The National Park Service Submerged Resources Center, Biscayne National Park, and Dry Tortugas National Park announce the release of Weightless, a film by Sound Off Films of Miami, Florida. The film follows a group of women veteran volunteers as they complete underwater environmental and cultural restoration projects in South Florida National Parks during the summer of 2022.

These projects were made possible in part by a grant from the National Park Foundation through generous funding provided by Publix Super Markets.

“National parks are places of healing,” said Chad Jones, SVP of Corporate Partnerships for the National Park Foundation. “The community and camaraderie forged by this all-women veteran dive crew is a lesson in resiliency and the regenerative power of parks and people. The National Park Foundation is grateful for America’s veterans and for the support of Publix Super Markets in this important work.”

Adds Sound Off Films executive producer and founder Adrienne Hall: “As an NPS Dive team member and a documentary storyteller and someone who understands firsthand the mental health benefits of diving, it's an honor to have been able to collaborate with our team (BV, PF, LDC) to bring this story come to life. These women are all an inspiration; from their commitment to service and commitment to themselves, it has been an honor to learn from them.”

Weightless premiered today in honour of Veterans’ Day, and in recognition of the sacrifices that women veterans make in service to our country. “It’s been an honor to help facilitate opportunities for women veterans to volunteer in National Parks. My favorite part of working with this group has been to watch the women veterans become empowered through the knowledge that their actions are making an impact,” said Anne Wright, Archeologist at the NPS Submerged Resources Center and organizer for the women veterans’ projects.