WE ARE Pi Diversifies Team with Four International Hires 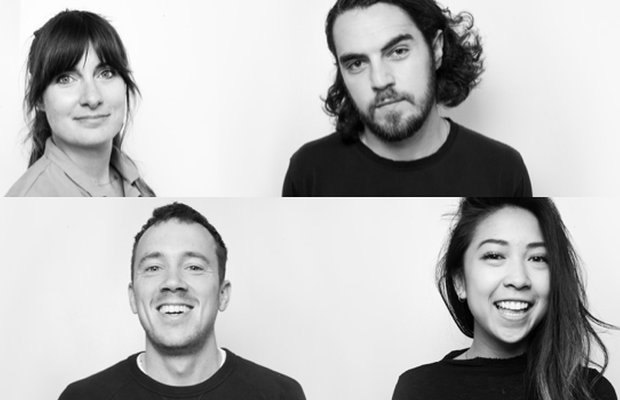 WE ARE Pi founder and CEO, Alex Bennett-Grant, says: “We are incredibly proud of the tight nit independent pirate culture we have purpose-built to deliver a modern alternative. Vyvy, Danny, Sam and Agathe bring the enthusiasm and worldly perspectives that keep WE ARE Pi and our partners ahead of the curve.”
Vyvy Ly joins WE ARE Pi as a senior producer by way of Havas in Chicago and previously 72andSunny in Los Angeles where she has worked on global accounts for Google, Boeing, and Toyota. With a passion for music and film, she is most excited about producing compelling and innovative brand stories across the WE ARE Pi spectrum of experience and entertainment output.
Danny Marsh joins WE ARE Pi as strategist after five years in New York, where he honed a diverse strategic skill set at Wieden+Kennedy, R/GA, and 72andSunny. He’s followed passions for music, fashion, technology, and sport into projects with brands such as Nike, Samsung, and ESPN. His portfolio is an award-winning mix of modern outputs ranging from A/R experiences and social content series to TV spots and interactive billboards.
Agathe Derrstroff joins WE ARE Pi as a business director after nine years in London working at TBWA’s Apple Media Arts Lab. She brings a deep understanding of delivering tailored strategies and cutting edge campaigns for EMEA and Middle East markets in support of Apple’s exponential growth to becoming the world’s biggest brand. Prior to joining WE ARE Pi, Agathe completed a consultancy stint at R/GA on the Google account to help the team launch Google Assistant in France and Italy.
Sam Grischotti joins WE ARE Pi from Saatchi London, where he led the T-Mobile International account for the last four years. He's also worked across Guinness Global, EE, HSBC and Chelsea Football Club. He is passionate about music, in particular house, italo disco and world music, making him the perfect lead to running the global Desperados beer account.