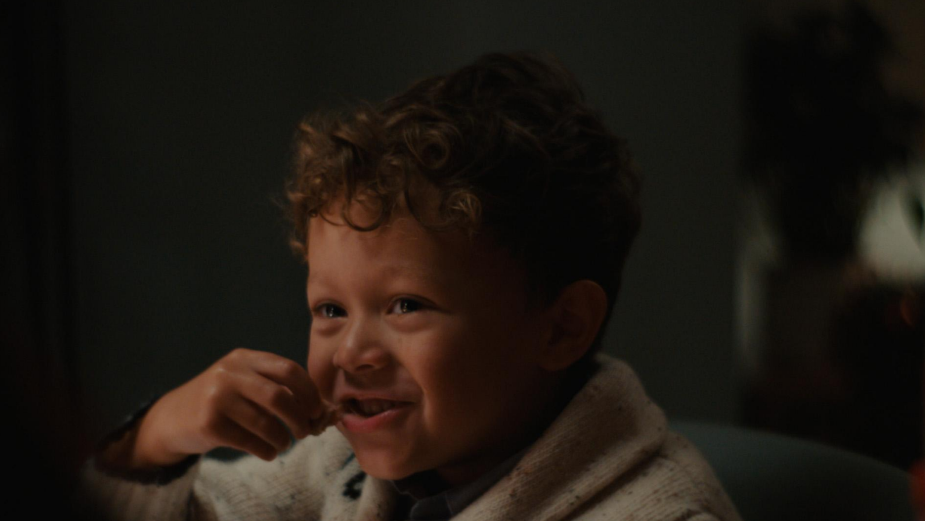 Waitrose today (Tuesday 15th November) launches its Christmas campaign, 'It’s beginning to look a lot like Christmas', which highlights the time and effort Waitrose Partners, farmers, growers, producers and artisan suppliers put into every Christmas product all year round, showcasing ‘it’s the care we put in that makes Christmas this special’.

The 'It’s beginning to look a lot like Christmas' advert, which has been created by adam&eveDDB, and shot by Academy Award-nominated director Henry-Alex Rubin, and has used a cast made up of real life Partners and suppliers (with only the celebrating family as actors) working in all weather conditions from 1st January through to the festive season to ensure a special Christmas. Each of the preparation scenes depict various challenges Waitrose face throughout the year, including one of the pork farmers smashing through an iced over drinking trough, fences being put up with lighting in the background, farmers working through the hot summer to get their crops ready, Brussels sprout picking in the torrential rain and apple picking in high winds at Waitrose's Leckford Estate farm.

Waitrose also get an insight into the finishing details for some of this year’s festive favourites such as the No.1 Blood Orange andWhite Chocolate Quenelle, expertly finished by senior development chef, Will Torrent, one of Waitrose fish specialists Alfonso (Alf) Perez carefully portioning Fresh Whole Scottish Salmon and the No.1 Cherry & Amaretto Stollen being hand finished.

Emma Isaac, head of marketing at Waitrose comments, “Christmas is a very special period, and we don’t often talk about the time and effort our Waitrose Partners and our many farmers, growers and producers spend making the day magical for our customers. This year we wanted to do something different from the norm that’s inspired by our Partnership Purpose and builds on why Waitrose food is ‘Food To Feel Good About’. So, we decided the care, hard work and dedication of our suppliers and Partners deserved the spotlight in this year’s campaign because at the end of the day we couldn’t do Christmas without them.”

From 6am on Tuesday 15th November, Waitrose Partners will be the first to see the advert before it launches on waitrose.com at 7:30am and on Waitrose's social channels at 8am.The 60 second advert uses the Christmas classic - It’s Beginning To Look A Lot Like Christmas by Bing Crosby. The ad will first air on television on Tuesday 15th November during the final of The Great British Bake Off. It will also run on video on demand platforms, cinema, BVOD, YouTube and online video all planned by MG OMD

Matt Gay, creative director at adam&eveDDB says, “It’s becoming increasingly difficult to stand out at Christmas, making it tempting to create epic narratives with heaving tables of food. But we just didn’t feel that was the right approach, considering the social climate. So when we saw a script that had a unique take on Christmas, it felt like a refreshing way to go.”

Hannah Gardner, business director at MG OMD comments, “This year we needed to diversify our channel mix, be smarter with our phasing and adjust to our audience’s behaviours; to overcome the challenges around inflation, scale and competition. We are thrilled to see our campaign launch in the biggest shows on TV, first with the Bake Off Final, followed by a spot in I’m A Celeb, alongside a diverse AV mix to showcase our story of Care at Christmas. Beyond AV, we have a multi-channel approach that delivers on impact and innovation, to really get our audience excited for what is to come this season from Waitrose.”