Uprising: Abraham Felix on the Privilege of Bringing Ideas to Life

The Curfew director speaks to LBB’s Ben Conway about his life career journey, capturing groundedness and humour in his work and why actors are so important 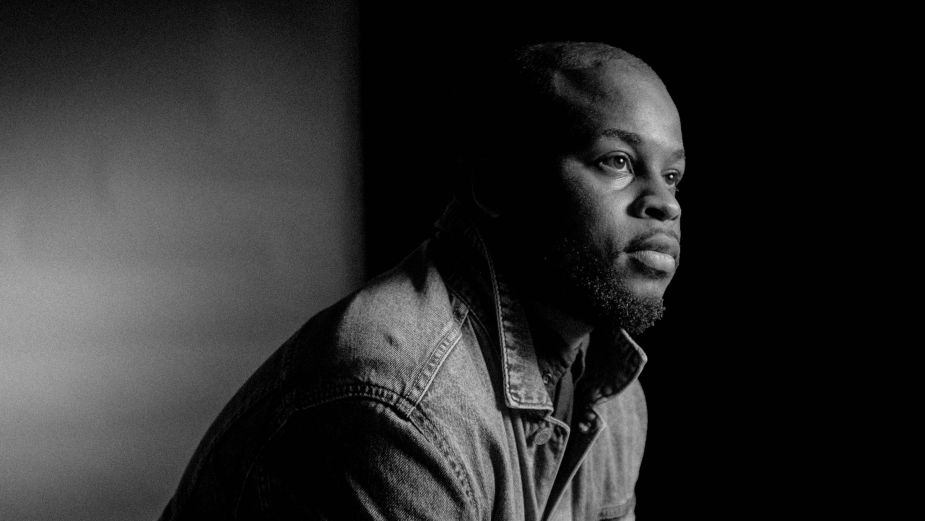 As a child, Abraham Felix always had his nose in a book – absorbing everything from sci-fi to space fantasy, detective stories, mythology, and comic books. When he wasn’t reading, he was writing, drawing and performing; all creative pursuits, but he admits the idea of being a director didn’t come until much later.

“Even as a young adult, I didn't really know it was a thing I could do,” he says. “I was quiet, shy, smart and observant. I think the only real clue that I'd end up doing what I'm currently doing, was my love for storytelling. I started reading really young and just fell in love with fiction.”

Abraham grew up in a religious and education-focused household in South Louisiana, his father a preacher and his mother a homemaker, where the only option was to be “focused and achievement-oriented” – or face his parents’ disapproval. Despite this strict exterior, he says he grew to see the compassion and reasoning behind his upbringing. “Together they made a strong impression on me that belief, education, and diligent hard work was the roadmap to a good life. At some point I picked up on the real heart behind their teaching – kindness, selflessness, generosity, sacrificial loving. That's really how you live a meaningful life no matter what you do for a living. So I carry that with me on every project.”

Taking his first steps towards a creative career, the director explains that he never considered how movies were made until he studied broadcast journalism at college. With no filmmakers in his circle to learn from, he says “I probably just figured directors made the movies, like a painter paints a painting.” But upon seeing how much work went into making even the simplest news package at college, he started asking a lot more questions. Soon, the filmmaking world started to open up to him.

After graduating into the height of the Great Recession and receiving job offers from local news outlets, Abraham began to strive towards a career in filmmaking – taking a leap of faith in uncertain economic times by refusing his offers to pursue journalism. “In retrospect, it was a crazy decision,” he adds. “The money would have been nice! Fortunately, a friend got me placed on a low-budget feature film set as a camera PA, and let me tell you, it was a shockingly bad experience.”

Stunned by the “toxicity and carelessness” of those running the set, he left before the week was up and embarked on a months-long desperate search for a job with a different approach to filmmaking. Eventually, he found an opportunity at a wedding film company with an ambitious, cinematic take on the genre – something that was cutting-edge for the market at that time. The company had a year-long backlog of wedding footage and an urgent need for a low-paid editor who wouldn’t mind working in a tiny cubicle at the back of a wedding dress shop… Enter Abraham Felix.

“Their editing bay was three 4-foot thin partitions in the corner of the bridal shop showroom with a curtain you had to close when brides came in for dresses. They offered me a job. They needed me. I needed them. I did that every day for three years. It was tough as hell but that’s how I cut my teeth in the industry.”

While developing his foundational skills under these unusual circumstances, he reveals he learned a valuable lesson that perhaps only a situation and market such as this could provide. “In weddings, there are no do-overs. If you're filming a wedding and you miss the first kiss at the altar, you don’t get to call cut and reset for another take. You have to do the job right the first time. No mistakes. Ever. Obviously, things have changed somewhat but that’s a lesson I always carry with me.” 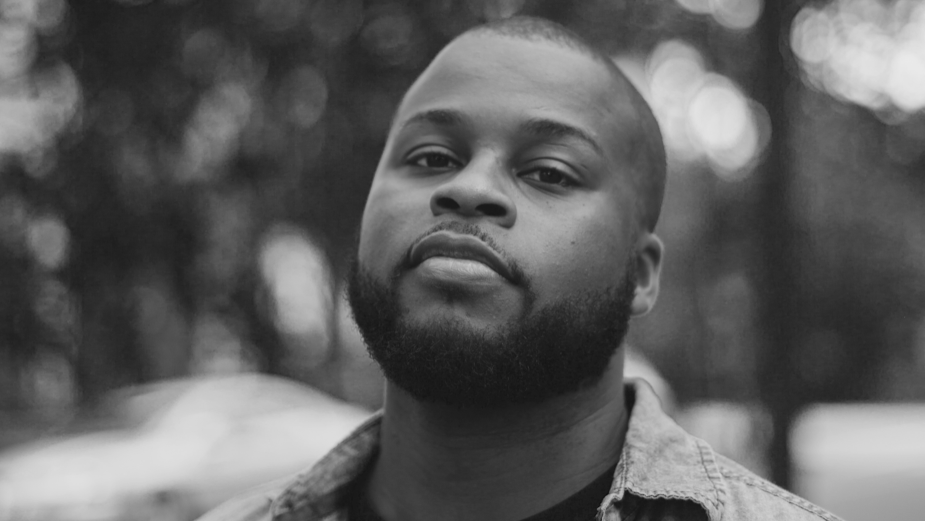 After honing his filmmaking craft for several years, Abraham was finally able to direct his own project – a brand film for a bearings company. Although it was “very industrial” with “nothing glamorous about it”, the director is grateful for the experience, which turned out to be a crash course in navigating the politics of building trust with clients and fighting for a creative vision. Thereafter, it wasn’t long before he had directed two narrative shorts, gaining confidence and experience. However, he says he hadn’t “found his voice” until the pandemic hit and he directed the short film, ‘Change’.

“Honestly, I didn't even know what directing truly was yet. So I was still searching for something. It's hard to describe,” he says. “On ‘Change’ (a narrative short film about a musician discovering hope in the early days of quarantine) I was incredibly fortunate to work with two amazing actors, Jaren Mitchell and Jamie Neumann, and that's when things really clicked. I learned so much in that little two-day shoot. It definitely changed the game for me.”

Shown most prominently in ‘Change’, Abraham describes his stylistic influences as neorealist films, French New Wave cinema and transcendent film. Unsure about how much these styles actually make their way into his work - and conscious that he’s “probably outing [himself] as incredibly pretentious” - he says that it’s tough to define his own work. “Whatever an audience feels in their core after watching one of my films… that's what I did. That culmination of the thousands of decisions it takes to bring a project to life - that's my work. I’m not sure how to describe that. But I'm always trying to achieve a certain sense of gravity and groundedness, while maintaining a sense of humour. I think I did this pretty effectively in ‘Change’.

Recently working with the producer, and fellow New Orleans resident, Kenny Reynolds, Abraham directed ‘The Unspoken Curriculum’, a film aiming to help LA charity ‘The Boris Lawrence Henson Foundation’ make school a healthier place for Black students. “The idea behind the PSA was that there are unspoken (often harmful) messages transmitted to Black students that affect their self-image and self-worth,” he says. “We had roughly two weeks to prep the entire job. Kenny really pulled this thing together - he helped us gain access to the perfect school and get an incredible mix of local student performers and poets. We ended up filming on Mother's Day due to end-of-school-year testing, which was a challenge in and of itself. We had a ton of setups to film and only one day to get it, but somehow we made it work. On the personal side of things, it felt refreshing and powerful to be able to shine a light on things I'd experienced in school growing up as a Black student myself. It felt like coming full circle in a way.”

The director has also just completed his first project with Curfew, a spot for reading tech company ‘Osmo’, starring Levar Burton. With great creative and a Matej Kren-inspired set, his only challenge was to add another dimension to the concept – making it bigger, more tactile and interactive. Helped by the “magic” of production designer Ana Coccioletti, the team sculpted nearly 10,000 physical books into the set for Levar to interact with – a “wild logistical challenge and the spiritual spine of the entire project” which had to (and did) succeed at all costs.

Regardless of what project he is working on, working with actors is one of Abraham’s favourite aspects of his job. Going back to his days as a theatre kid, acting and actors have always held a special place in his heart. “It's not easy to be human, imperfect, and vulnerable before audiences or cameras,” he explains. “It's not easy to face as much rejection as actors face daily. Despite those dynamics, actors show up to set hoping they'll have the opportunity to reveal their full selves and just play.” Without actors, he says, the best cameras, lenses, sets and everything else in a production are meaningless – yet two good actors can be compelling in a void, and move people to tears through their craft alone.

While he enjoys giving the freedom and safety to actors to fully express themselves and perform on his sets, the director says that thoughtful and organic creativity can often be restricted by projects that “come in extremely hot” with tight turnarounds. “It's always a challenge to protect my process while making sure to meet deadlines,” he says. On the flip side, however, he adds that a need for immediacy can also be a surprising motivator for fun, creative solutions as well.

After a few years in the industry and experiences on socially conscious projects, such as the aforementioned ‘Unspoken Curriculum’, the young creative looks at the wider industry and says that he wants to shift the culture towards a more human and just place. With “so many talented filmmakers and artists of all backgrounds and ethnicities” working globally, he’s glad to be witnessing the start of an evolution that’s allowing more people to find their place. “It's exciting to look out at my own community and imagine the work they'll be making in five, 10, 20 years because of the investments being made now,” he says.

Posing the question, “how do we change?”, the director returns to one of his father’s teachings. “My dad would always say, ‘in order to change, you have to want to change,’ – I think there's a lot of truth in that. So, what around us needs changing? Where are the imbalances and inequities we see in our daily lives and places of work? How can we heal those? Do we want to? Or are we finding ways to profit from the status quo?”

For Abraham, our ability to affect these changes is dependent on “those who experience any form of privilege” exercising their power to stand and find answers to these questions that can lead us to help others. “That's how we change,” he says.

Another challenge that the director has experienced, despite being relatively fresh to the scene, is a “pretty wide-scale squeezing of budgets, whilst simultaneously accelerating timelines for production.” Suggesting that advances in technology are a significant factor – enabling quicker processes throughout production – Abraham says that creatives and crews are feeling the financial squeeze and risking burnout to maintain the pride and care they take in each project.

To avoid the threat of creative burnout himself, the director likes to take plenty of walks and exercises regularly. Outside of work, he prioritises quiet time and even allows for boredom to take hold, so that his thoughts can begin to wonder naturally. “I also love watching movies so I watch as many as I can,” he says, praising the work of many of his contemporaries, including Barry Jenkins, Ryan Coogler, Lauren Hadaway and his good friend Marion Hill, who he especially admires for her recent debut feature ‘Ma Belle, My Beauty’. “I'm hoping to be in a similar phase of my own career very soon,” he hints.

But what keeps Abraham fresh and invigorated more than anything else is just hanging with his ‘film people’. Whether it’s over food, drink, or at a party, he finds the conversations always energising – a by-product of one of his greatest motivators: simply loving what he does.

“I like what I do. It's a privilege to make a living by having ideas and bringing them to life with some of the most talented folks in the world. That's enough for me. But in addition to that, a lot of people have believed in me over the years – starting with my parents and my family. I keep going to ensure their belief in me is always justified.” 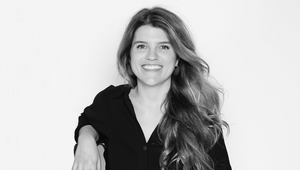 Meet Your Makers: Being Part of the Matchmaking Process with Kathryn Berk 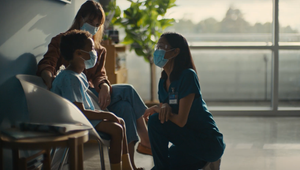 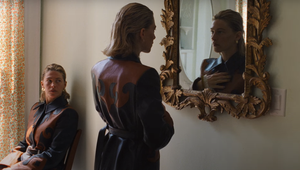 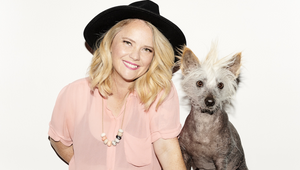 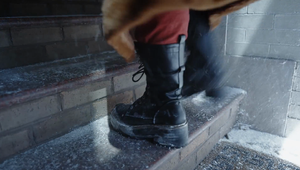 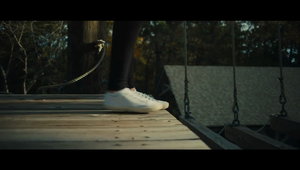 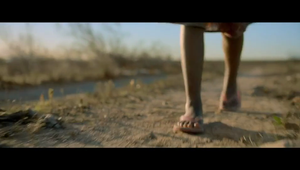 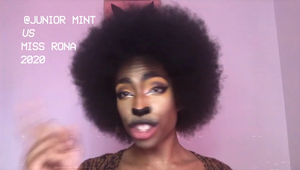