Rodgers Townsend's account director on Mexico City, how she got into the industry and her hopes and dreams 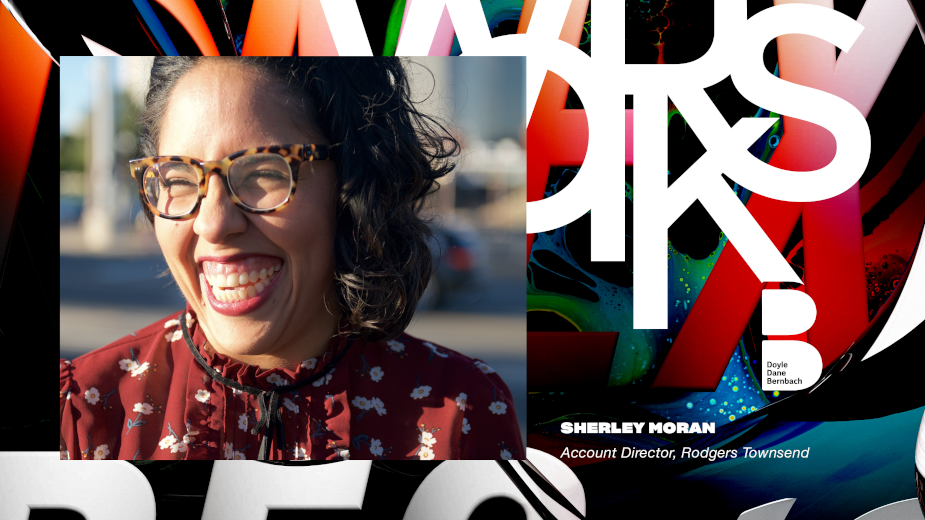 My pronouns are She/Her/Hers.

2. Introduce yourself in three emojis.

My first job was as a booker at an advertising agency in Mexico City. I was 21, and it was the coolest job to have for someone that age. We had Jack Daniels (Brown-Forman) as a client, and I was in charge of booking models for the parties. It was a free ticket to every party there was, which would explain why I got in love with the ad world right away.

Ten years later, when I moved from Mexico City to STL, one of the first names that popped up was Rodgers Townsend. When I asked people in the industry about the big players in town, RT was the common answer. It was always in the back of my mind, and I’m thrilled to be here now, working with incredibly talented people.

I’m an art fan and a museum nerd, definitely a very visual person. My degree was in Communication which was very close to advertising. I was interested in graphic design, and I was always curious about learning the tools. I never liked Photoshop but was a big fan of Illustrator. I also learned how to edit video and audio. We even had a little radio and tv studio at college, so I guess I figured I’d be in this industry pretty fast.

Hands down the most iconic campaign in Mexico, 'Soy totalmente Palacio'. A campaign tagline that was ideated by one of the most talented Mexican women in advertising, Ana María Olabuenaga. This campaign was launched in 1997 for a retail store named El Palacio de Hierro (the Mexican version of Nordstrom). It speaks from a female perspective about what luxury products really mean to women and the motivations around getting them. The executions were clever, and elegant and were ideated by women for women. They’ve continued to use that tagline for all their campaigns ever since.

Reading, The Little Book of Boards. I currently serve as the VP of the board of a non-profit, and it’s a pretty new world for me. I want to make sure I’m doing what’s needed. Watching, The Wire and The Rehearsal with Nathan Fielder. My husband is making sure I’m actively watching The Wire (no cellphones allowed), so I don’t miss any details, and I love it so far. We are currently on season four. Listening, I’m always listening to music on Spotify. My top three singer-songwriters of all time are Billy Joel, Paul Simon, and Elton John.

One of my goals is to continue to be an ally and a mentor for women, especially women of colour and Latinas. I had a tough time when I moved from Mexico City to the United States. The support of amazing women in my life, who later became my mentors and friends, helped me find my worth and my voice in this new stage of my life. I want to be that for someone else, to pay it forward and see them thrive.