The campaign was created by internal agency Dell Blue and stars Yiliang 'Peter' Peng, AKA Doublelift, a professional League of Legends player 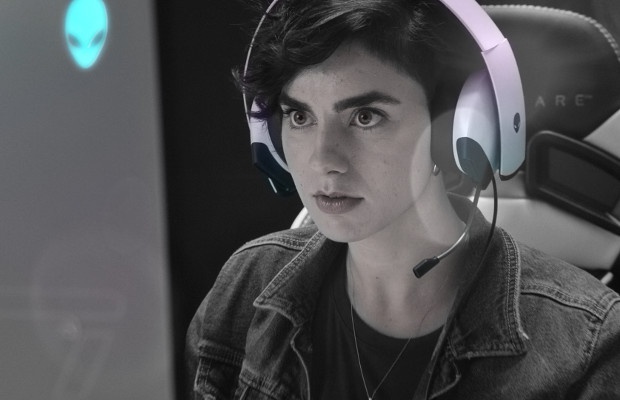 Legendary film and commercial director Tony Kaye has collaborated with Dell’s in-house agency to helm a high-octane commercial for Alienware gaming technology.
Dell Blue, the internal creative agency for Dell, recently created a 60 spot for Alienware, a provider of premium gaming laptops and desktops. Centred around the tagline “Everything Counts,” the spot features a cast of real-life gamers headlined by Yiliang “Peter” Peng a.k.a. Doublelift, a professional League of Legends player who currently plays for esports organisation Team Liquid. In addition, it captures the most critical insights from a competitive PC gaming and esports perspective while beautifully communicating the entire Alienware setup (PC, monitor, keyboard, mouse, and headset). The spot is airing on broadcast, online, and social.
Helmed by acclaimed film and commercial director Tony Kaye, “Everything Counts” captures the high-octane experience of gaming through the perspective of pro gamers who rely on Alienware when every click and every second count toward victory. Combining 3D animation and a series of frenetically cut close-ups of each gamer in their element, the spot concludes, "When the difference between winning and losing is measured in milliseconds. Every click, every frame, every sound, every advantage... everything counts."
“The ‘Everything Counts’ campaign is a masterpiece created by our Dell Blue team,” says Alejandro Madrid, VP - global marketing consumer and small business at Dell. “This is the first time in Alienware history that we launch not only a PC, but also an entire ecosystem, so it was crucial to showcase all of its components. Dell Blue did an amazing job of capturing everything Alienware offers in a very simple yet compelling way while emphasising the human element to generate an emotional connection with the customer. The campaign is already paying dividends with massive positive social media engagement in our early reads.”
For the Dell Blue team, led by group creative director Seth Perisho, the goal was to demonstrate how Alienware gives gamers an advantage in every detail of gameplay. The team achieved this by focusing the narrative on capturing the visceral experience of real gamers using Alienware, rather than highlighting the technical specs of each product in the ecosystem.
“Our philosophy at Dell Blue is to show the human advantage of our amazing technology,” says Seth. “We interviewed Team Liquid members, as well as casual gamers, so we could better understand what they look for in the gear they use - and where Alienware excels. What united both groups is its performance, responsiveness, and ease of use. Tony [Kaye] was instrumental in making this concept work, as he elicited raw emotion out of the talent through the live-action. Our design and animation partners then underscored his direction with vibrant visual enhancements that call subtle attention to the key technical features of Alienware.”
“The gaming audience cares about different things than the traditional audience for technology,” concludes Seth. “That’s why we’re capturing the emotional importance of Alienware’s performance in such a compelling, visceral way.”

Director Jonty Toosey and Three Ex-WPPers Have Launched an Agency