Thinking In Sound: Dean Jones on Finding Times for Silence

Scimitar Sound's owner and sound engineer on giving his ears a rest, his musical heroes and the joys of the Arcane League of Legends animated series 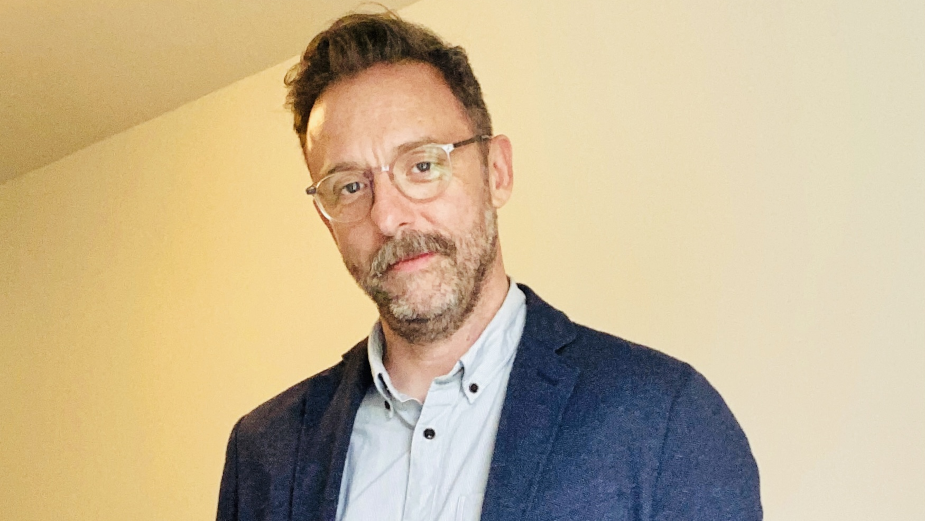 He has built up relationships from the creative teams and agency producers in all of Ireland’s top advertising agencies working on campaigns for brands like Bank Of Ireland, Tesco, Three Mobile, National Lottery, RTE and HSE, to Broadcast Production teams on Ireland’s most successful TV formats such as Dancing with the Stars, The Voice of Ireland, Last Singer Standing, and Say Yes to the Dress to name but a few.

Dean has also been part of the sound teams on TV Drama series such as RTE’s Love Hate, Vexed for the BBC, Thirteen Steps Down for ITV and has many credits for Feature Films such as LadyBird with Saoirse Ronan and You’re Ugly Too starring Aiden Gillen. Dean was very proud in 2016 to receive an IFTA for his work on the Documentary Deoch an Dorais for MagaMedia. With these creative skills comes a broad knowledge of the recording process and protocols, developing practices that allow him to work quickly and efficiently.

This all stems from years of good management and organisational skills that help continue to keep standards high and clients happy. There is a fundamental awareness of the importance of quality in all of Dean’s work.

Dean> Most projects arrive on the desk through a conversation with an agency creative or a producer with a deck or presentation to work through. Initially, the visuals will evoke an idea or trigger an emotion or tone, then there will be a discussion on the product, campaign or brand. The most effective briefs come when a creative wants your input and influence on the soundtrack, building trust with recurring agencies is a massive part of what I’ve done over the past 18 years. Equally though there is an exciting challenge in ‘boxing off’ what they are hoping to hear but elevating it to somewhere they never expected it to go. For me every project gets ‘sketched out’ where I’ll plot the basic idea, adding stock atmospheres and spot fx, then a decision is made on how many sounds will have to be recorded and what path the key sound design elements will take.

Dean? For film, TV drama and animation work it’s crucial to be part of a team. And my role within that team can vary from intermediate to senior. Any project I’ve been involved in that included Peter Blayney or Fionn Higgins, by far two of the most talented engineers in Ireland, was of a very high standard and that level pushes you to step up your game.

Commercially it’s more likely that you will collaborate with composers and sometimes other sound designers but on a day to day basis it's working together with the team around you. I am extremely lucky to have a new exciting team in Conall O’Brien and Alex Derby and already we are doing great things and the future looks very bright.

Dean> One of the best things I think that came out of the remote situation has been that trust has come back into the changing industry. ‘Collaboration’ unfortunately for some people is just doing what they want you to do and then they are happy with that. But with agency creatives being at home this has resulted more and more in them trusting that ‘you’ the engineer will control the session and monitor the dynamics between the voiceover, the agency and the client.

Dean> My real life audio hero is the guy who taught me everything, Paddy Gibbons, without a doubt the best sound engineer in Dublin and a true legend in every sense of the word. Without his guidance I wouldn’t have had this career at all. Ben Burtt is the cliché but as a massive Star Wars fan its most definitely his influence that got me in post sound. I admire the big guys Randy Thom, Gary Rydstrom obviously but I find the work of Eliot Connors and Brad Beaumont on Arcane League of Legends to be something inspiring and exciting.

LBB> And when it comes to your particular field, whether sound design or composing, are there any particular ideas or pioneers that you go back to frequently or who really influence your thinking about the work you do?

Dean> At the moment I cannot get enough of the Arcane League of Legends animated series on Netflix. The soundtrack is incredible and the attention to detail on the foley and sfx is some of the most inspiring work I’ve seen in years.

Dean> I tend to use that time to give my ears the rest they should be getting. I’ll use the music to elevate my mood if that is required, but I have one of those brains that will drift off the task as I enjoy the music.

LBB> I guess the quality of the listening experience and the context that audiences listen to music/sound in has changed over the years. There’s the switch from analogue to digital and now we seem to be divided between bad-ass surround-sound immersive experiences and on-the-go, low quality sound (often the audio is competing with a million other distractions) - how does that factor into how you approach your work?

Dean> This is the challenge for every commercial mixer out there. Our daily job is providing mixes that not only sound amazing in our studio coming out of the massive Genelecs, but must transfer to the client at home on their earbud headphones, must be impactful on the channel that is streaming it and also must deliver through on the transmitter output of the local broadcaster. No mean feat.

Introduction of the EBU R128 loudness spec for me personally is the best thing to have happened in a number of years in the world of Broadcast Audio. As a mixer who always mixed to his ears first and then tweaked to the spec after it has done wonderful things to 'open up' my mixes. I would be very confident in delivering a good solid mix to all of the options above and the TV transmitter problem is still huge but thanks to the loudness level specifications that responsibility has shifted completely from my lap to that of the national broadcasters and all that they do to ‘Colour’ our mixes. Maintaining the highest resolution of file until your final output is key and push back on that client who keeps asking you to use their you tube or Spotify link!

Dean> I have a long bus commute every day so the morning is set up with me listening to something gentle to start the day, maybe something meditative as I gulp the coffee. Then as I approach the stop I will put on the Soundtrack to ‘Arcane’ league of legends. I am not ashamed to say I am 100% completely addicted to it. This will last as I walk to the studio and have me in great form to start the day. The same journey home tends to be in silence as I settle my senses after nine hours of using the ears.

LBB> Do you have a collection of music/sounds and what shape does it take (are you a vinyl nerd, do you have hard drives full of random bird sounds, are you a hyper-organised spotify-er…)?

Dean> In my head I am extremely organised and everything is neat, filed and organised. In reality I have hard drives full of sfx that are a complete mess… but a mess that I can locate anything I need in microseconds. My music playlists are just as bad, absolute and utter organised carnage. Since we lost CD’s and the introduction of three kids my OCD and chronologically wired brain has relaxed into a more reactive one. And it's honestly much better.

Dean> People that know me know that I love to draw portraits. Its my other passion after sound and I find it incredibly relaxing and has helped to silence a very busy and overactive mind. There are many correlations between how I approach a drawing and how I begin a sound design project. This would definitely be where the background music comes into play. Generally something soft like SYML or Woodkid or if I’m working fast and in the zone, feeling good about how the drawing is going I can listen to something like Ghost, or '80s hair metal.

Dean> Global Pandemic put the brakes on that! But what it did do is make me want to hear the sounds of the different cities like never before.

There is always an album at these time that sticks in the brain and evokes the journeys when you listen back. Paris was the last trip I had just before lockdown, the music playlist at that time was of course Christine and the Queens fantastic album and good memories.

LBB> As we age, our ears change physically and our tastes evolve too, and life changes mean we don’t get to engage in our passions in the same intensity as in our youth - how has your relationship with sound and music changed over the years?

Dean> Like I mentioned before I think after years of heavy metal and loud music appreciation I have learned to find times for silence. Doing this means I can still like it loud (not that old yet). I tend to monitor quite loud in the studio so taking breaks helps a lot.

Someone once told me that after the age of thirty you find it difficult to find new music and you stay stuck at that point. I think there is some truth in this as I still listen to a lot of albums and artists from the ‘80s and ‘90s. But when I do find something new it's very exciting and my high standards with regards music usually means that it's an artist that is creating something very special indeed. 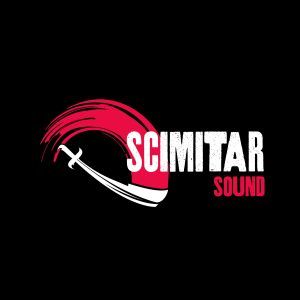 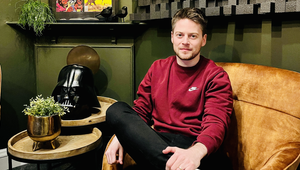 Radio LBB: A Walk to the Canal 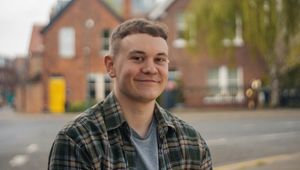 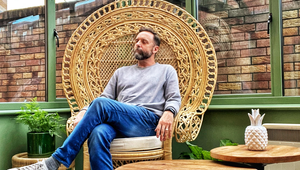 Radio LBB: Taking You Back to the '80s 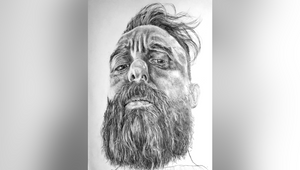 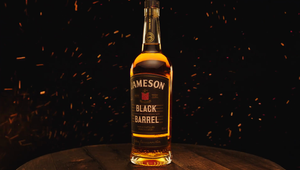 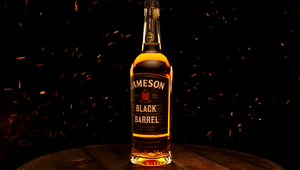 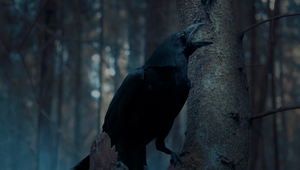 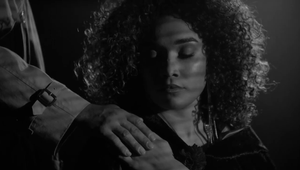 RTE/Dancing With The Stars Ireland
View all Work