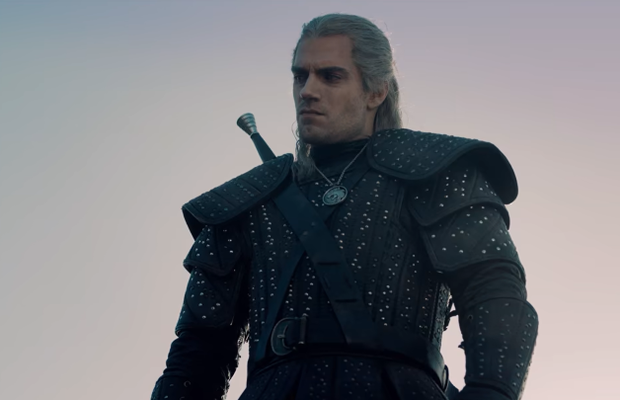 Contemporary Polish culture could always find it's unique twist on things. Polish jazz, Polish art, Polish graphic novels and Polish cinema are good examples of this. But The Witcher series will always have a special place in my heart. I remember reading Sapkowski's original novels at an age when I was immersing myself in fantasy and sci-fi. What I found impressive was that Poland could have its fantasy saga that holds a candle to classics of fantasy literature from abroad. A fantastic and vibrant world, with characters that you feel for, and all this with wit and a plethora of references to Polish folklore.

I also remember how they butchered The Witcher in that terrible TV show from 2002. The story wasn't bad, but the show broke under the weight of its ambitions. Some scenes from the series are still used as memes and references to the rubber dragon can't seem to stop. In other words: if they had the budget which Netflix had for it's take on the Witcher, it could've been a whole different story.

Fast forward to 2010s. One could argue that what Sapkowski did for Polish literature, CD Projekt Red did for our gaming scene and industry - they proved that a Polish IP could be best-in-class. Now, in all honesty: I didn't play Witcher 1 and 2. I was raised on video games, but when the first two came out I wasn't playing video games at all. I didn't even own a console. But as soon as the Witcher 3 came out, I knew it was the right time to buy a PS4. Having spent more than 150 hours playing that, I went through the main story with the DLC three times, just so that I could experience some of the different possible endings.

I've especially got a soft spot for the "Hearts of Stone" expansion, a retelling of a very well-known Polish fairy tale named "Pan Twardowski". It's taught in Polish classes in school. It's about a nobleman who makes a pact with the devil, and tries to run away from the consequences.

All this being said, I'm eagerly awaiting where Netflix will take this beloved saga. They undoubtedly will not mess it up as Polish TV did back in 2001, but the bar for showing the Witcher in other media set by CD Projekt Red is as high as it can get. I was kind of put-off by the first trailer as it portrayed the Witcher way to seriously for my liking. I hope that they try to balance it with wit and charm found throughout the novels and not random goofiness. I'm also missing references to Polish folklore, which were so abundant both in the books and in the games. But then again, it's an adaptation, so you have to give the creators space to interpret the way they see it fit. With one TV adaptation done wrong, Netflix has a chance to set the record straight.