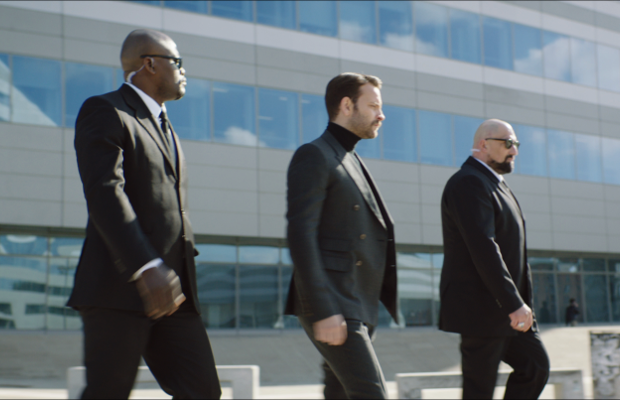 Sky Media has created for a series of short films to run on Sky Cinema for BMW Italy.
The films star actor Alessandro Borghi who has just won the David di Donatello award and were made through close collaboration between the in-house division of Sky Media Brand Solutions and Bedeschi Film, with Giovanni Bedeschi directing.
Alessandro Borghi takes wheel of the new BMW Z4 in all the films. The shorts were directed with an action movie approach, using storytelling rich in suspense. Each plays on a misunderstanding that is revealed at the end.
Bedeschi Film used a Russian arm, Steadicam and quad to create action-packed scenes with beautiful Milan city settings as the backdrop.
The shorts were aired late in spring on Sky Cinema just before the beginning of relevant movies.
“It was very stimulating and for me to direct these first ever pieces of branded content for Sky Cinema and BMW,” says Giovanni. “The short films were very well written and challenging to direct. The surprise ending with a twist I believe will really stick with the audience.”

Aired on Sky Cinema Action
Just before sitting at the wheel of a BMW Z4, Alessandro Borghi is handed a sealed briefcase by his assistant. By the way she handles it we understand it is of value. When he arrives at his meeting point, Alessandro approaches a group of five suspicious thugs in a climate of rising suspense that will lead to an unexpected ending. Alessandro holds on to the briefcase. Tension is sky high. It’s one against all.

Aired on Sky Cinema Uno
Alessandro picks up his girlfriend on his BMW Z4. But this is not an ordinary date. For this reason Alessandro blindfolds the girl. The girl is frightened because she does not understand what is going on. She takes a peep from under the blindfold and she sees Alessandro pick up  a small parcel from a man in the darkness. What is going on? Tension rises. The ending is a true surprise.