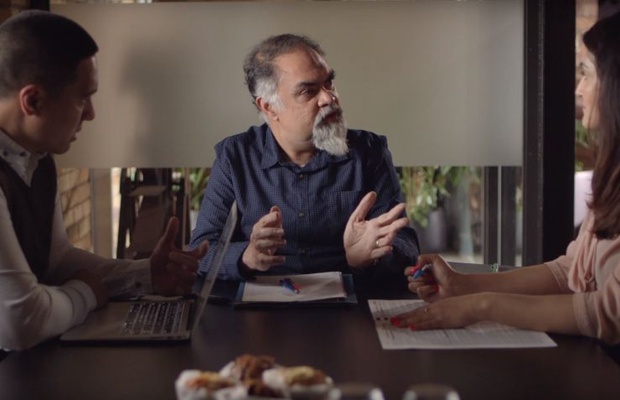 Workplaces are being called on to take a hard look at unconscious gender bias and make simple, thoughtful, positive changes as International Women’s Day on Friday 8th March rallies global businesses to strive towards #balanceforbetter.

Champions for Change, a group of 53 influential CEOs and Chairs, are taking the lead on driving diversity and inclusion in Kiwi workplaces by spearheading an advertising campaign in collaboration with Saatchi & Saatchi New Zealand and production company Eight.

The ‘It’s Not That Hard’ campaign is a collection of short tongue-in-cheek videos, radio ads, print ads and workplace collateral intended to encourage people to question whether they do in fact have a bias, and then demonstrate that overcoming it is as easy as removing gender from the equation.

“Every one of us has built-in biases that can lead us to make unfair assumptions, no matter how well-intentioned we might be. This campaign highlights some of the ways those (unconscious) biases can impact our workplace, so that together we can address and overcome them.”

Managing director at Saatchi & Saatchi New Zealand Paul Wilson acknowledged that while many people have come a long way in recent turbulent times, under a microscope on gender issues, the campaign is intended to ignite both introspection as well as conversation.

“The problem with unconscious bias is inherent in its name - we just don’t know we have it, and many are still unwittingly holding onto traditional perceptions of gender roles,” said Mr Wilson. “The #MeToo movement has created a tipping point for gender equality and this campaign portrays how frustratingly simple it is to eliminate unconscious bias in everyday workplace situations. It’s just so bloody obvious.”

Studies show that companies that have a balanced representation of women in senior leadership positions experience higher revenue, increased growth and generally outperform in their market, yet complete parity in the workplace is still a goal to strive for. By eliminating unconscious bias, companies can concentrate on identifying the most competent candidates for the role based on merit.

Champion Alison Andrew, Transpower chief executive says: “Overcoming unconscious discrimination is critical to creating diverse, inclusive and high-performing workplaces. As a business we want to intentionally encourage people to speak up and participate, so it’s important to bring conversations about overcoming unconscious bias into our everyday working lives.”

Champions for Change is a group of 53 leading New Zealand CEOs and Chairs, each with a personal mission to accelerate inclusive and diverse leadership in our workplaces, striving to achieve a prosperous and equitable Aotearoa New Zealand.