Riding For a Reason with FireFlies West 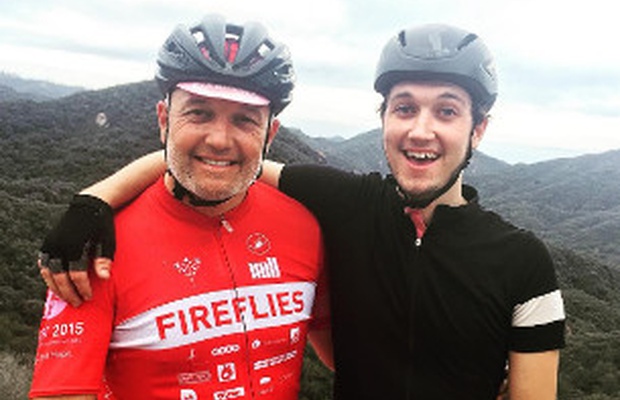 We turned south onto the PCH and immediately began to climb. There was none of the chatter of the previous morning and the quiet was broken only by the occasional shift of gears or grunt of effort. A marine layer had rolled in over night and added to the stillness. It settled amongst the redwood trees, and looked down on us as we worked our way uphill.

There was no sign yet of the sea or the famous Big Sur views we’d been promised. Some riders had started to disappear into the distant mist and predictably I was already beginning to slip towards the back.

When you ride up a mountain it chooses your companions for you. Young, skinny riders fall into each other’s company by the same process of natural selection as the old heavy ones. The climbers share an easy camaraderie, joking with each other as they wait at the top of the hill, while the rest of us grind our way up the mountain exchanging guilty looks, like fat people at an all you can eat buffet. 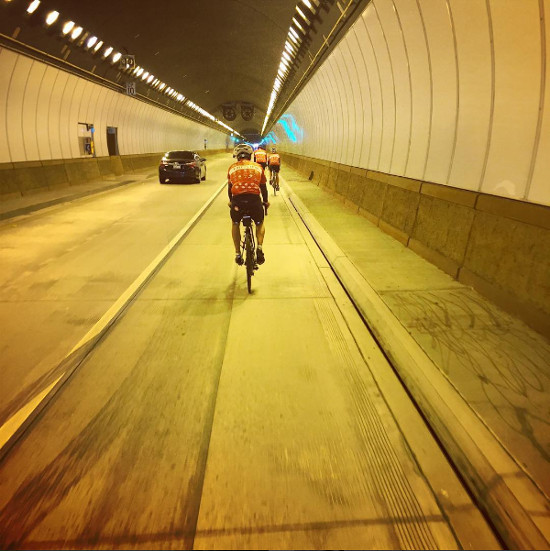 On this particular morning Al Green or The Reverend as we call him, was the experienced rider who had been elected to sweep up at the back of the group. It is a system designed to ensure that a fast rider hangs back to provide support to the slowest. As I slipped further through the group I knew that if I saw The Reverend I was in trouble. I looked over my shoulder and down the hill and sure enough, there he was.

Eventually, I turned a corner and got my first view of the mighty Pacific. In the grey morning light it was hard to tell the land and the sea apart, they both appeared sulky and massively unforgiving. Riders stopped to take photos and pose with each other but I kept my head down and carried on pedaling. I was prepared to sacrifice snapshots of the miraculous scenery for a chance to claw my way back to the middle.  In short, I was riding like a dick.

We reached the top of the climb and began a fast descent. This is my happy place, were the extra pounds serve to propel me downhill faster than I can ride under my own steam. Thank God for physics!

I used to ride a bike because it was a solitary pursuit. I would go out for hours on my own and come home happy but none the wiser. I have since discovered that the secret to riding a bike is to ride with others, especially if they are stronger and more experienced than you, because that’s how you improve. I freely give this advice to anyone who will listen but like most advice I give, I choose to ignore it.

Slowly I stopped worrying about where I stood in the food chain of other cyclists and began throwing myself into the riding. If I was overtaken I yelled out encouragement and I even stopped to check out the view from time to time.

At last I was having fun, which is after all, the point of riding a bike.

The team I ride with is called “The Fireflies” a loosely affiliated bunch whose aim is to raise money to fight cancer. It feels good to be doing something worthwhile, “riding for a reason” my friend Adrian calls it, and as we pedal we talk about the people we are riding for and what they meant to us. 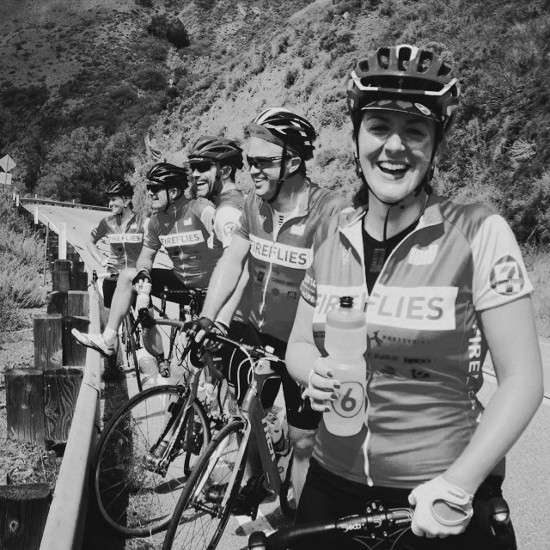 Kat tells us about her friend Cheryl whom she lost earlier in the year and she gets a little sad at the memory. I talk about my Nan who died in my bedroom while I slept downstairs on the sofa listening to her gasping for breath as she lost her battle with lung cancer. Aine tells us that her girlfriend thinks she looks like the squirrel from the Ice Age movie. And this is how we progress, sharing the intimate and the ridiculous. Some tears and some laughter.

Looking at a cross section of the map we notice that the last two hills resemble a couple of boobs and present some of the hardest climbing of the morning. I still hate climbing but by now the misery of riding on my own and wrestling with my internal voice had been fully replaced by the fun of riding with this group. All thoughts of “personal bests “ had been surrendered to the greater good of riding like a kid, out on a bike ride with friends.

As we reached the top of boob two we stopped to take a drink of water and eat yet more energy bars. Looking out to sea we saw spouts of water shooting high into the air, sparkling in the sunlight. We watched transfixed as a pod of whales took turns rising from the water like a magical, slow motion mass, hovering for a moment before smashing back into the Pacific. It was one of those rare occasions when six people from the advertising industry stood and watched and said absolutely nothing.