Arah Kim is a creative director at the The Juju Agency, and the founder of Baron - a ‘brave counterculture’ fashion brand that looks to explore a ‘new masculinity’. Working with her colleague Paula Medina Rivero, general manager at The Juju, she has helped create a bold marketing campaign for the fashion line that goes beyond simply advertising skirts for men - instead holding a mirror up to the stereotypes and prejudices regarding masculinity that are prevalent in Mexico.

Producing a spot titled ‘Pantalones' (Pants) with Central Films, and through print and digital media, the campaign encourages the freedom to dress, act and express yourself as you please, and celebrates alternative models of masculinity to the ‘machismo’ and ‘wearing the trousers’ approach that Arah says is all-too-common in Mexico (and around the world).

The spot shows a boy observing toxic masculinity around his local area, and narrates his desires for an alternative way to construct identities - far away from the stereotypes and ‘manly’ expectations he sees causing pain in his community. Wearing a Baron skirt, he puts his headphones on and expresses himself instead through dance - a defiant gesture against a backdrop of unwelcoming machismo.

Speaking to LBB’s Ben Conway, Arah and Paula discuss the macho culture of Mexico, how the campaign presents alternative conceptions of masculinity, and how they overcame social media hate the campaign received from people - which simply reaffirmed that the message needed to be spread.

LBB> How did this campaign come about? What was the creative inspiration behind it?

Arah> Baron is a brand born from an activist vision, inspired by the ‘30s - a time when women wearing trousers (‘Pantalones’) represented progress, freedom and female empowerment. As a founder of the brand and creative director of The Juju, I knew it was very important to create a brand position beyond a product campaign. So, the brief was quite challenging, and consisted of generating a movement to open a conversation and debate about the use of skirts for men in Mexico.

LBB> Tell us about the ‘macho’ culture of Mexico! How did you highlight this as a problem, and how does it affect everyday life in the country?

Arah> Throughout history, Mexican masculinity has been built on being very ‘macho’ and ‘putting on the pants’, which means not crying, not being afraid, being the strongest, and being the one in charge at home - among other norms that dictate how a man should act, think and even dress. According to official studies by the Mexican government (INEGI), complying with this stereotype of masculinity has been one of the main causes of mental health problems such as stress, anxiety, difficulty controlling impulses, or depression. Fortunately, there are more and more men who resist reproducing gender stereotypes and macho behaviour, and manifest this through small actions such as putting on a skirt. 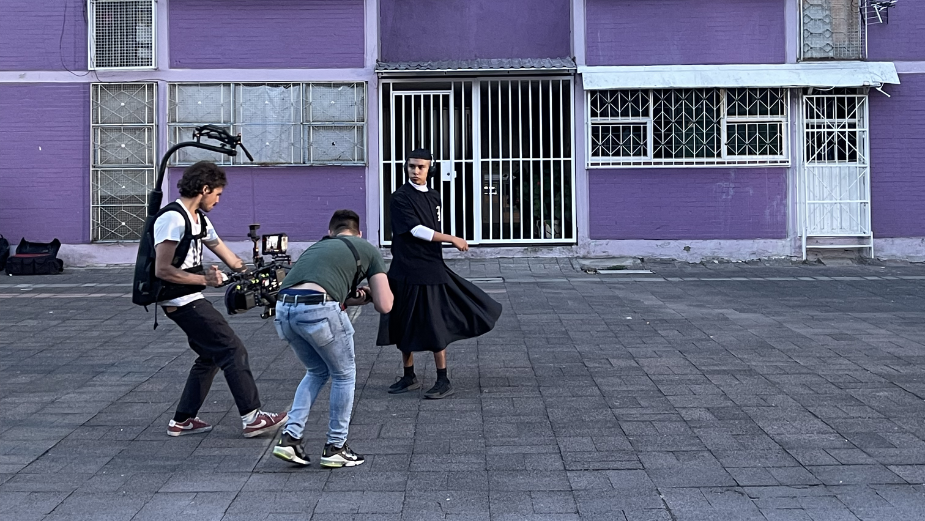 LBB> How did you first react to seeing Baron’s skirts for men? And what ideas immediately came to mind about how to market them to the largely ‘macho’ male population of Mexico?

Paula> As soon as we knew what Baron was about, we were really enthusiastic. The first thing we wanted to do was to have as many men as possible walking around Mexico in their skirts. We started thinking about which kind of men would never wear them, and how we could address them. But then, after going deeper into the subject, we understood that we didn’t have to make anyone wear anything - we just needed to show that anyone could wear whatever they wanted, and that’s OK. If we can spread that message, that’s the important thing.

LBB> Why were Central Films the right choice for the production of the ‘Pantalones’?

Paula> We chose Central Films as our partner for this project because when we called them and told them about the brand and the idea, they were not only really excited, but also started brainstorming ideas with us and calling other amazing talents to join the project. It is really comforting when you work with a team that not only shares the way you see things, but also elevates the final product with its thoughts and hard work.

LBB> The spot shows a boy who sees various forms of toxic masculinity and domestic abuse, and instead expresses himself through dance while wearing a skirt. How did you develop this story and concept?

Arah> We wanted the campaign to reflect real situations in Mexican society that people could identify with - showing how, from childhood, boys are taught to be macho and repress their emotions: normalising violent behaviour as part of their masculinity. With this campaign, Baron makes us ask ourselves if we can get rid of those sexist prejudices and macho stereotypes so that we can be who we want to be - free to express ourselves and dress as we please. [It asks us] to show that there are other models of masculinity and other ways of constructing our identities, far from stereotypes and closer to who we feel we are.

LBB> Who wrote the copy for the spot and what was that process like? What were some key points you wanted to convey?

Arah> We were always clear about the message we wanted to communicate, but to reach the final result we refined word by word. The story was written by Humberto Polar, Jomi García, and myself. Each one of us contributed a vision and a memory which enriched this powerful short film.

LBB> If you were on set, what was the shoot like? What were some of your favourite moments and lessons learned from that process?

Arah> During the shooting, there were scenes that seemed too strong, even though we knew it was acting. It was hard to see and feel. Something that marked me was that at the moment of shooting the scene of the couple fighting at the window, some children who were watching commented: ‘Ah! They are playing mom and dad’. That was very sad to hear, because it confirmed our spot wasn’t too exaggerated. It was a truth that hurt - one we don't like to face. It immediately confirmed that the message Baron was creating was very powerful - [a message] to stop normalising these behaviours and to invite freedom.

LBB> What was the hardest challenge you faced on this project and how did you overcome it?

Paula> I think we can all agree that the hardest challenge was when we started to receive many comments of hate on social media. We thought that some of them would appear, but they were more than what we expected. When this happened, we joined with the whole team and decided what to do. We realised that that situation was only reconfirming the main problem which inspired the campaign, so we needed to keep going and stay firm with our message and our purpose.

We did have a lot of hate, but we also received a lot of support and that was amazing. People from everywhere wrote to us about how they liked the campaign, the message, and the courage of what we were doing. Many people shared the film not only on their social media, but also with their friends and family. We are very grateful to all of them, and we are planning to continue working together with Baron. 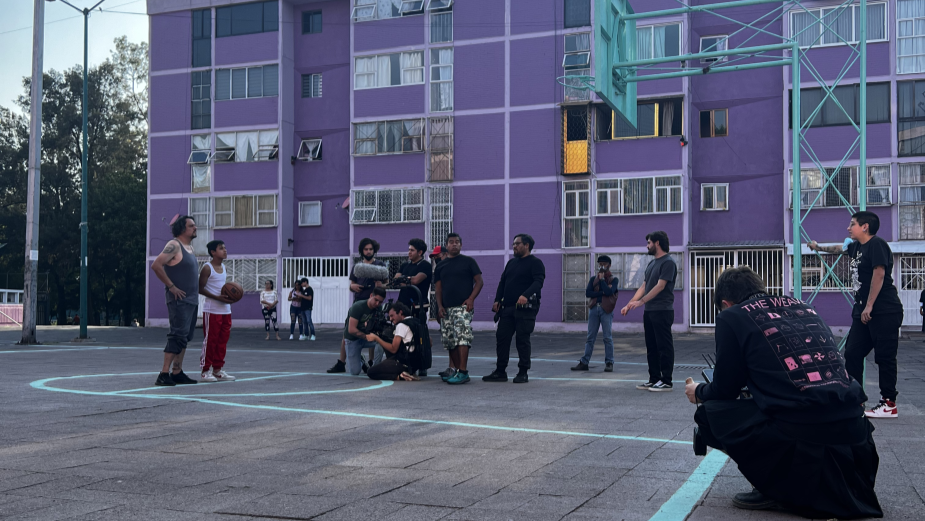 LBB> How does this spot fit into the rest of the campaign? How did you create the print advertising and digital content for instance?

Arah> The film's message, ‘To wear this, you have to take something off’ was the trigger for the entire campaign. It opened the conversation and made activists, artists, influencers, and men who identified with the campaign take the message and turn it into a movement. Through their social media accounts, they invited their followers and friends to debate about men wearing skirts - questioning the macho and homophobic stereotypes that oppose this.

LBB> How can you effectively use advertising to overcome societal prejudices and spark conversations about topics like ‘machismo’? What is the next step?

Paula> I think it is important to show different perspectives through advertising; different people and different ways of thinking. But most importantly, it’s important to show that everyone can wear, be and use whatever they want, without any prejudices. I believe that the next step is to continue generating conversation around all these topics. If we are able to make at least one person change one small thing or one behaviour, we are doing things right. 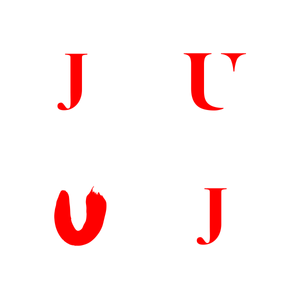 News from The Juju Agency 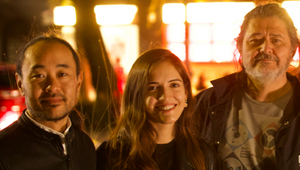 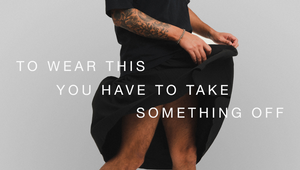 Work from The Juju Agency 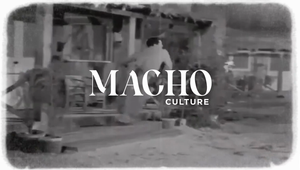 Take Off Your Machismo
View all Work