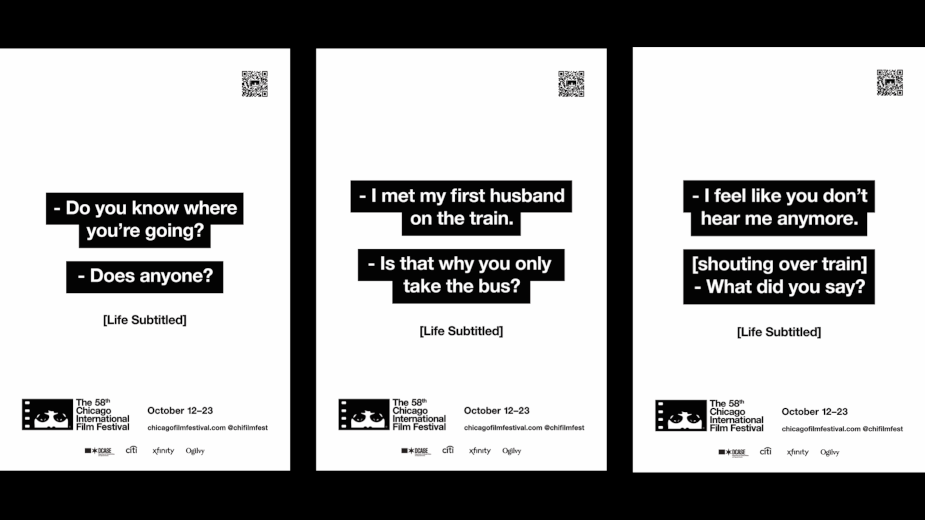 Since the beginning of film, subtitles have helped break down barriers to make the foreign more accessible. To celebrate the 58th Chicago International Film Festival and bring the romance, intrigue, and drama of foreign film to life, Ogilvy gave the city and its inhabitants their very own subtitles.

The new campaign, [Life Subtitled], turns everyday life into a cinematic experience through a series of location-based OOH executions. By applying this cinematic device to ordinary life events, Ogilvy made the film festival accessible to everyone, bringing people together to connect and communicate, even in the most unlikely places.

The trailer, narrated by Rainn Wilson, gives a voice to subtitles for the first time.

The Chicago International Film Festival is presented by Cinema/Chicago, a year-round non-profit cultural and educational organisation dedicated to fostering better communication between people of diverse cultures through the art of film and the moving image. Cinema/Chicago serves Chicago’s diverse and under-served citizenry by providing access to world-class cinema, aiming to enrich the city’s cultural environment by presenting film in contexts that encourage discussion and debate. 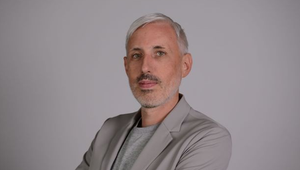