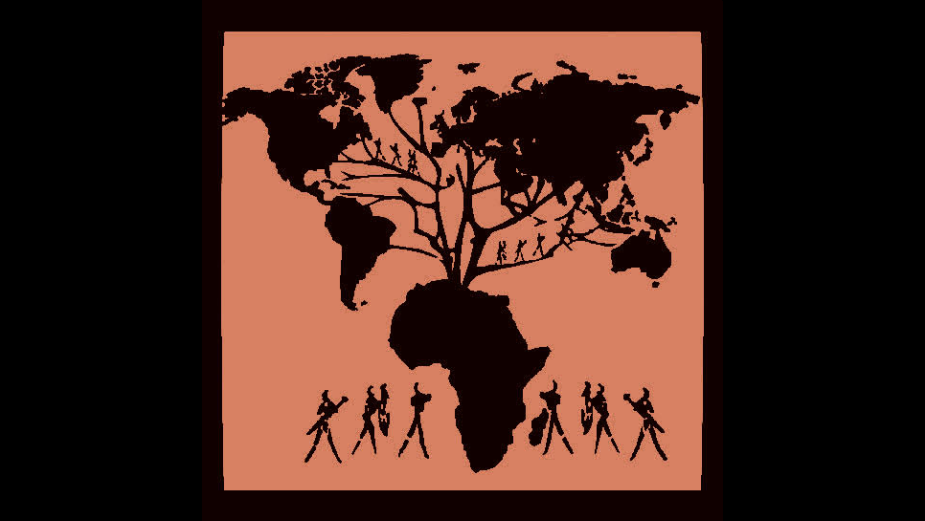 Now into its sixth year and the 22nd edition. For the uninitiated the Roots playlist showcases an eclectic range of music from across the globe of unfamiliar, forgotten, or recently discovered, to the most upfront sounds of now, all with the common theme of being rooted in Africa.

Compay Quinto was founded in 1967 by guitarist Pancho Acosta, vocalist Pepe Baroni, and bassist Carlos Hayre. They played Cuban music with electric guitars, developing the unique Peruvian electric guitar sound that led to the birth of Peruvian psychedelic cumbia and chicha. ‘El Diablo’ appears on their 1968 debut album, of the same name, and finally resurfaced in 2010 on a compilation by the legendary internationally-focused Belgian label, Crammed Discs.

Born in San Martín de Loba in 1961, Martina Camargo is one of Columbia’s most prolific singers and a foundational figure in Tambora music, a hybrid genre from the Caribbean Colombian coast that fuses African, European, and Indigenous influences. She plays live traditional musical rhythms such as bullerengue,Chande, and chalupas. This track, which appeared on her 2009 album, Canto Palo y Cuero, has a driving, hypnotic feel easily redolent of modern dance music, occupying a similar sound world to Carl Craig’s iconic remix of Angola by Cesaria Evora.

Evinha, also known as Eva Correia José Maria, was born in Rio de Janeiro in 1951, to a musical family. Her siblings made up the groups, The Golden Boys and Trio Esperança, the latter of which she was originally a member, before going solo in 1969, with her debut album Eva 2001. Evinha herself was a household name in Brazil up to the mid-70s. She found new fame in the last decade as one of a wave of obscure international records pushed to the surface by the mysterious movements of the YouTube algorithm, and was reissued by Mr Bongo’s essential Brazil45 series.

Brown Sugar was a short-lived female reggae trio, formed in South London by Pauline Catlin, Caron Wheeler and Carol Simms, in 1976. From the beginning, they were affiliated with the iconic Lover’s Rock label, run by Dennis Harris out of Peckham, which gave its name to a whole subgenre of reggae music, and their neighbours Studio 16 down the road in New Cross. This gorgeous, hopeful song is a proper artefact of Black London music history and a snapshot of the years prior to the New Cross fire and Brixton uprising.

This mysterious psych rock band from India only released the one song, featured on a 1971 compilation album released by the India Tobacco Company Limited. According to the original record’s sleeve notes, the artists featured on the compilation were selected as the winners of The All India Simla Beat Contest, an annual pop music festival organised by the tobacco manufacturer. Firmly indebted to American rock music this groovy jam combines driving detuned drums with frantically noodling fuzzed-up guitar lines, and a vocal delivery reminiscent of Cream or The Dead.

Rude Movements was released by Sun Palace in 1983, on the b-side to their debut release, Winning. It resurfaced again on a compilation of the jazz funk group’s work, issued by BBE in 2017, titled Raw Movements / Rude Movements. Originally backed by a laconic drum machine loop, this remix by Brooklyn House royalty Kenny Dope, takes the funked up rhodes piano and roaring synth lines up a few beats per minute and backs it up with a tripping jazz breakbeat.

The Roots series’ first library track! Graham De Wilde’s Cirrus was made for KPM in the early 80s and never intended for commercial release. Its low slung groove, synthetic melodies and shifts in mood exemplify the exceptional creativity of this much-loved period in the heyday of library music. Listen out for the tone shift into a whole other track around the halfway point. KPM’s 1000 series has been unearthing gems like this from their vast archives at a prolific rate, but this stands amongst the best of them.