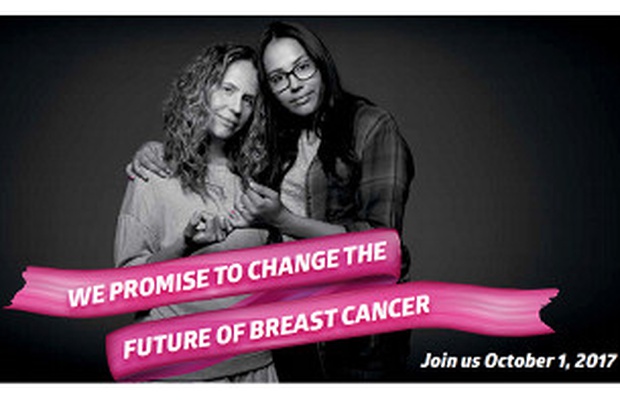 The CIBC Run for the Cure is Canada’s largest single-day, volunteer-led event in support of the breast cancer cause. Since its inception more than a quarter century ago, the Run has raised more than $410 million dollars toward advances in breast cancer research, prevention, treatment and care.
Over this time, the peer-to-peer fundraising industry has become increasingly crowded, with a variety of causes competing for attention and share of donations. Despite this trend, fundraising goals for the CIBC Run for the Cure remain aggressive. To ensure targets are met, this campaign, which was crated by Juniper Park\TBWA needed to stand out, engage Canadians and inspire and motivate them to become active participants in the fight to end breast cancer.
THE OPPORTUNITY
In 2016, the CIBC Run for the Cure launched its Changemaker campaign. The campaign was aimed at celebrating the stories, passion and efforts of people that were making a true difference in the fight against breast cancer; survivors, researchers, doctors, volunteers and fundraisers.
While the campaign was successful and well received, the Canadian Cancer Society and CIBC wanted to take the Changemaker idea to the next level, in a disruptive and powerful way, that would help break through the noise of the crowded fundraising space.
INSIGHTS
True Changemakers are more than just participants in the CIBC Run for the Cure. Changemakers are the ones who are motivated and committed to changing the future of breast cancer. They have been deeply impacted and affected by the disease and can’t stand still in a world where breast cancer still impacts so many lives.
THE IDEA
I PROMISE: Make your promise to change the future of breast cancer
The I Promise campaign is an arresting, determined and gritty portrayal of survivors, friends and families. While remaining as hopeful as previous campaigns, it does not shy away from the harshness that is the disease, and the difficulty that its patients and their families endure and fight through every single day. The campaign demonstrates their strength, determination and commitment to changing the future of breast cancer. 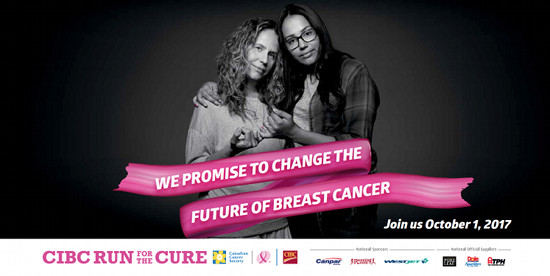 Throughout the imagery the agency uses a painted pinky as the symbol of a Changemaker’s Promise. The pink pinky becomes the Changemaker’s badge of honour.  The campaign challenges Canadians to make their Promise – a promise to register, to donate, to fundraise - a Promise to show off their commitment and passion to fight the disease.

Brand: CIBC Run for the Cure