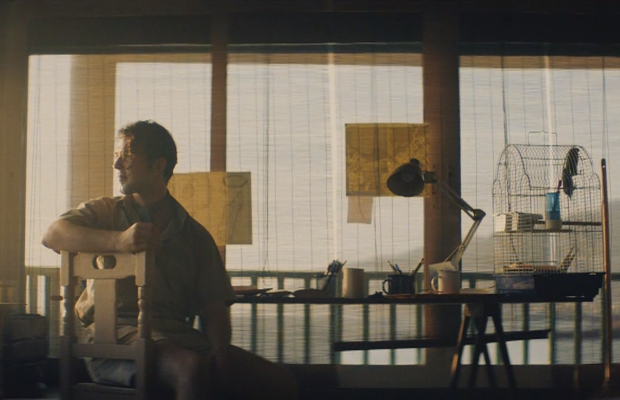 Grey London has created a new film for Volvo’s ‘Defiant Pioneers’ series for Sky Atlantic, called ‘The Birdman’, which celebrates the work of one of the world’s leading conservation biologists.

Set in Wales and on the beautiful island of Mauritius, the film confronts the damage humans have done to the planet, and highlights the work of one individual who wants to ‘make the world a more magical, complex and beautiful place.’

Professor Carl Jones MBE – ‘The Birdman’ in the film – has helped to save five bird species from extinction, as well as three reptiles, a fruit bat and several plants. He is best known for his work in conserving the Mauritius kestrel which at one point had just four individuals left in the world.

The film starts by depicting Jones as a young man, marvelling at his beautiful surroundings and the beauty of the kestrel in the open sky. When you get to know an animal really well, he says, ‘You can actually enter its world, you start feeling the wind on your skin, it’s like seeing the world in technicolour. You become alive.’

But that beauty is threatened because climate change is robbing the world of its biodiversity, it’s only natural defence against rising carbon levels. However, Welsh-born Carl holds on to ‘tremendous hope for the future,’ and recognises that ‘only one species can fix it.’

In 2016 Carl won the Indianapolis Prize, widely regarded as the Nobel Prize for conservation. He is chief scientist of Durrell Wildlife Conservation Trust and founding member of the Mauritian Wildlife Foundation.

The film is the centrepiece of a wider campaign that will run across TV, VOD and social in the UK, and is part of a partnership Volvo Car UK have with Durrell Wildlife Conservation Trust, supporting their projects that work to re-wild our world. Media planning and buying is by Mindshare, with support on social by digital agency Mediablaze.

Durrell works worldwide in its mission to save species from extinction, with a focus on long term restoration of ecosystems; helping to absorb CO2, taking it out of the atmosphere.

The partnership with Durrell and its rewilding projects is another practical step by Volvo Cars to help safeguard and improve our natural world, alongside its aims to reduce the carbon footprint per car by 40% by 2025, for climate neutrality across its manufacturing network by 2025 and to be a climate neutral company by 2040.

This is the seventh episode in Volvo Car UK and Grey London’s long established ‘Defiant Pioneers’ series, which focuses on the people who are pioneering innovations out of a passion for improving lives and benefiting the world around them.

Andy Lockley, executive creative director at Grey London commented: “Volvo’s ‘Defiant Pioneers’ film series for Sky Atlantic has redefined channel sponsorship in the UK. Rather than a simple badging exercise, our powerful dramatisations of real-life events has allowed Volvo to engage Sky Atlantic’s audience in a more meaningful way. Each episode reflects Volvo’s brand values or beliefs. ‘The Birdman’ story highlights Volvo’s commitments to the environment and reducing the carbon footprint of its cars.”

Georgina Williams, head of marketing, Volvo Car UK, said: “Volvo Cars has one of the most ambitious climate strategies of any carmaker, based on tangible, short-term actions. Our latest sponsorship campaign with Sky Atlantic is a powerful depiction of someone who has made it his life’s work to protect and conserve our natural environment. It has been a privilege to work with Professor Carl Jones MBE, and Durrell, whose work has inspired us in our mission.”