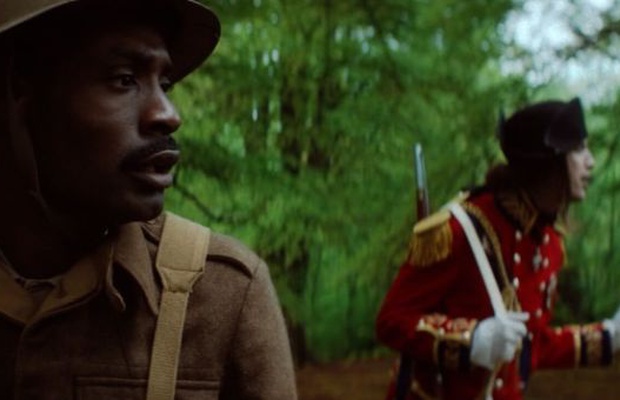 War. Huh. What is it good for? Two lost soldiers from different periods of history find themselves in search for an answer and some enemies in this darkly funny short from director Danny Sangra.
The short explores the filth and friendship of fighting in the trenches and the irony of living so closely with friends while facing down death together. And between the pathos and comedy, Danny also explores the universal archetype of the soldier – and society’s seemingly endless appetite for warfare.
“Throughout the ages there's always been someone looking for war. It seems to be getting worse despite a world of knowledge at our fingers tips,” says Danny. “But hey, what do I know. War must be fun, so many people want it. You get to dress up and hang out with your mates in tanks.”
The film was shot in Epping Forest, to the east of London. It’s the latest part of Danny’s ‘Voltaville Collection’, the name he gives to his personal archive. WAR forms part of Danny’s VOLTAVILLE collection; the name he gives to his filmic archive. Many of his personal films are connected with the same characters, themes or settings reemerging as well as the team he uses behind each project. Such is the case with WAR which was made by his longstanding VOLTAVILLE collaborators and is likely to form part of a bigger film idea in future.
When he’s not pondering enormous themes like War, Danny is a multidisciplinary artist – a writer, director, illustrator and photographer who released his first feature in, ‘Goldbricks in Bloom’ in 2016. Danny is represented by production company Lief, which also helped produce War.
As for ‘War’ it’s already attracting attention and was selected by Vimeo as a Staff Pick Premier.