Northgate Market, the family-owned and operated supermarket chain, alongside its agency Circus (part of MediaMonks, S4Capital’s content practice), launched an ingenious digital campaign featuring 'behind-the-scenes' pre-roll ads that anticipate some of the biggest Super Bowl spots, reminding viewers that the products showcased in the ads they're about to see come from Northgate, 'those big game ads start with us'. The clever campaign exemplifies Northgate Market's status as a challenger brand, pouncing on opportunity to win attention among giants in one of the most competitive moments in advertising-and without spending millions.

Taking inspiration from Super Bowl ads that had been publicly released just a week ahead of the game, Northgate Market partnered with Circus to efficiently produce short, pre-roll spots that pre-empt the content viewers are seeking out. The expert play and strategic media placement gives Northgate Market an opportunity to join in on the national conversation and engage local shoppers by showcasing its relevant stock.

video
Those big game ads start with us

Saba and Circus Continue to Transform the Perception About Female Care 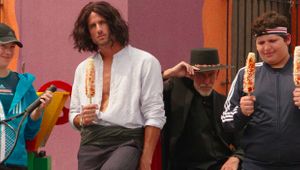 Those big game ads start with us

How many bites has your favorite series taken from your mouth?
View all Work