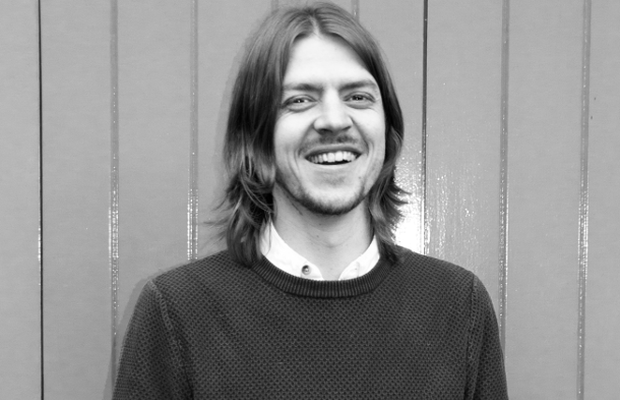 Music graduate and Big Buoy audio assistant Laurence Whatley was born in London but grew up in Johannesburg, South Africa.
He returned to London after finishing high school studied Music Performance & Production, worked in live sound for a bit then worked his way up from the bottom at 750mph, from runner to junior engineer.
Now he's part of Big Buoy's stellar audio team, he took some time out from recording his own SFX to chat to us about childhood inspirations and learning from the best.
Q> Growing up, did you always want to be in audio? Tell us a bit about how you got into the industry?
Laurence> I actually studied music at university, but once I graduated I found myself working behind the mixing desk in live sound. I quickly discovered that working nights every day of the week and constantly having to deal with the threat of beer being spilt on my desk was not for me! But I had developed a love of mixing and I managed to break into post-production by getting a job as a runner at 750mph, where I worked my way up and was fortunate enough to learn from some very experienced engineers.
Q> Who or what are your inspirations?
Laurence> In sound, Mark Mangini's work on the new Blade Runner film was incredible and the great Richard King is also very much an inspiration. But there is a scene from an older Walt Disney cartoon, I guess you could say it inspired me, I saw it when I was very young. Donald Duck is having an argument with a coiled up metal spring, I remember being totally intrigued by the sound of the spring’s voice. I know now that it was just a Mouth Harp but at the time it was unreal. Oh, and it wasn't the best film ever, but the sounds of the Tripods in the War of the Worlds remake is one of my favourite sounds.
Q> Which jobs have you been working on recently, and are there any that have challenged you to work in new ways?
Laurence> I have only been with Big Buoy for two months, but I have had the opportunity to assist on many different projects. One that was particularly fun was going out in the rain to record the sound of various PVC pipes crashing to the ground for a Gaviscon spot.
Q> What are your favourite things to create?
Laurence> I really enjoy creating my own SFX and Foley. I get a good feeling whenever I finish an ad or a short film where I have created a little self-contained world through sound that manages to bring the images to life. Oh and bread, I have recently discovered that I rather enjoy baking...
Q> What’s your favourite part of your job?
Laurence> With ads being short form, you get the chance to work across a wide variety of different projects which keeps it interesting and means you improve a lot of different skills.
Q> What advice would you offer to aspiring audio engineers trying to break through into the industry?
Laurence> Do research, learn as much about who's who in the industry as you can and get your foot in the door by starting as a runner. And then be the one who is ready to step up when the opportunity arises.