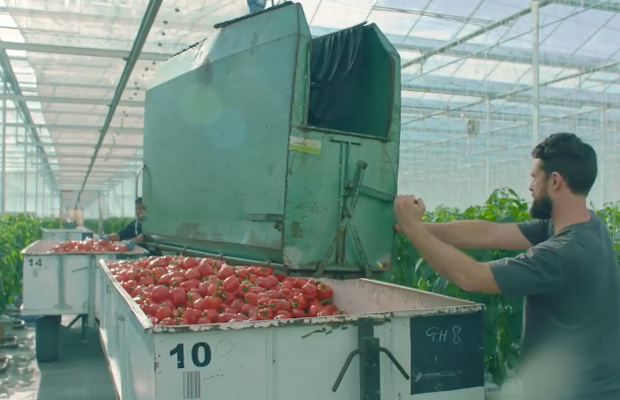 The campaign also supports Rabobank’s growth strategy in the rural banking market, as it seeks to sustainably build its business in a sector critical to New Zealand’s wider economic success.

The advertisements will continue to run on a number of television networks out until the end of the year. Additional television commercials are planned for 2020, with these set to feature Rabobank agribusiness clients from the dairy and horticulture sectors.

Rabobank New Zealand CEO Todd Charteris said one of the key aims of the new campaign was to further strengthen the connection between savings deposited with Rabobank and support for the bank’s agribusiness clients.

Says Charteris: “Earlier in the year we brought the bank’s savings division under the Rabobank brand, changing its name from RaboDirect to Rabobank Online Savings. And one of the key factors in this move was research we undertook with deposit customers, which found they placed considerable value on the fact their savings were supporting New Zealand farmers and food producers.

“These new ads further reinforce this connection between our saving and lending clients, bringing this relationship to life by linking depositors’ investments with some of the specific businesses their money is funding.”

Charteris said the new campaign was an important part of the bank’s broader strategy to grow its rural lending portfolio: “Our ambition is to further grow our lending to New Zealand’s food and agribusiness sector by supporting our clients and seeking out new opportunities for sustainable business growth.

“Expanding our funding base is a critical part of this strategy and we hope to see this campaign attract new savings customers who are enticed by the idea of supporting rural New Zealand and being part of something truly productive.”

Charteris said the campaign also featured a new tagline for the bank – Growing a Better New Zealand Together – which would be used across all of the bank’s future advertising and collateral.

Says Charteris: “The new tagline reflects the vital role agriculture plays in the New Zealand economy and our intention to collaborate with our clients and the wider sector to ensure the industry grows and succeeds in a sustainable way.

“The new tagline also directly connects the bank’s local operations with Rabobank’s global mission of Growing a Better World Together.”