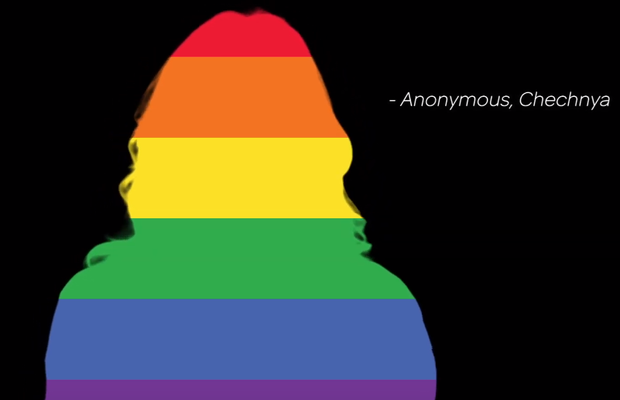 Rainbow Railroad, the world’s only international nonprofit solely devoted to helping lesbian, gay, bisexual, transgender, queer, and intersex (LGBTQI) people in danger find legal pathways to safety, is launching 'Help Others Out', a public awareness campaign in support of LGBTQI people who face persecution, violence, and the threat of death in almost 70 countries around the world where it remains illegal to be who you are. The pro-bono initiative kicks off timed with National Coming Out Day (Oct 11th), an annual celebration of LGBTQI people to safely come out as their authentic selves. The work, which shares the stories of people the organisation has helped who once lived in fear and secrecy, will launch across donated media properties in the US and Canada, and will continue to run throughout the year.

Created in partnership with independent NYC shop, Hundred Percent, 'Help Others Out' consists of three 60-second films running in-cinema and online that feature rainbow silhouettes against black backgrounds, portraying lives lived in secret, that shift as the story unfolds to reveal the faces of each featured individual. Amin, Elton and Toni, all who are now able to live openly and in safety thanks to the continued efforts of Rainbow Railroad. Their stories also come to life across donated national print and OOH properties, while the social media component encourages people to replace their profile pictures with an anonymous rainbow avatar (downloadable here), and share messages of support online to symbolise the countless LGBTQI people for whom it remains impossible to come out due to the threat of violence, persecution, and even death.

“The Hundred Percent team really understood and captured the essence of our mission and have brought it to life in such a simple yet emotional way,” said Andrea Houston, communications and development officer at Rainbow Railroad. “This is our first big brand campaign as an organisation to garner support and get our message out to the world, and we believe it will be extremely powerful for us and our mission.”

“We are huge supporters of Rainbow Railroad's vital mission and hope to help them raise awareness and donations by highlighting these amazing individuals and their powerful stories of resilience,” said Jay Benjamin, co-founder and executive creative director of Hundred Percent.

Supporters can learn more about how to support and contribute to the cause through Rainbow Railroad’s website to help other LGBTQI people in danger find legal pathways to safety.