Electric Glue’s Nick Kendall and TIPi Group’s Jessica Hollingbery reveal the questions we should be asking our young talent. 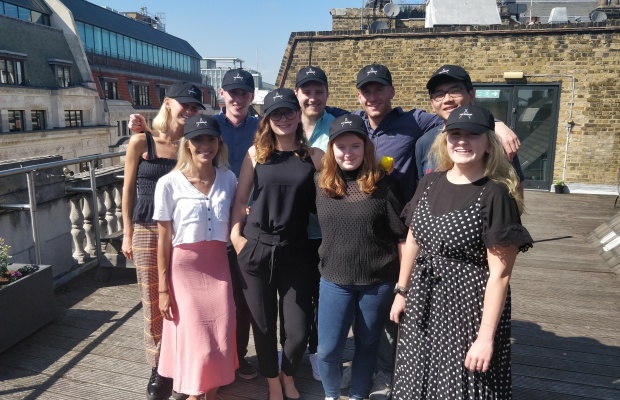 “So, do you know what you want to do yet?”
The dreaded question levelled at recent grads and those searching for their first job, by well-meaning family members that inspires anxiety the world around. The majority of students and job searchers aren’t sure exactly where they’d like to work; more that they possess a skill set that could be suitable for a number of positions, but which one exactly is far more unclear.
For marketing and advertising, in particular, the confusion around job roles and functions stems from the lack of exposure in schools; earlier this year, Marketing Week canvassed over 8000 students aged 18-24, concluding that over half had ‘hardly ever’ or ‘never’ heard marketing mentioned at school, with only 3% singling marketing out as a possible career path, ranking it lowest for delivering the best potential career. But why? Are advertising and marketing not our constant consumption as humans; from television to OOH campaigns wrapped around double-decker buses, the professions behind the adverts seem to be resolutely invisible, and as such, largely misunderstood.
For those seeking to enter the advertising industry, the confusion is even more pronounced. No longer assigned the job of penning clever quips and producing attractive packaging, marketers of the future need to be as multi-faceted as the industry they’re entering. Above, through, and below the line, digital, OOH, experiential, mobile, AR, VR, and a myriad of emerging formats - the areas of possible occupation seem practically endless, perpetually mutating, and overwhelmingly confusing.
Fortunately, there are some channels of information open to those searching for more information about the industry. The TIPi Academy, from network agency TIPi Group; a two-week intensive course aimed at education rather than recruitment.
“We like to see ambition, flair and creativity,” Jessica Hollingbery, TIPi Group’s Senior Marketing Manager and Academy founder says. “We try to ask questions that are meant to show personality, rather than being strictly CV based. We’ve had applications from every walk of life and it’s really the unique skills that stand out - self-taught or otherwise.”
For Nick Kendall, founder of media brokerage firm Electric Glue, the key to recruiting more young people to the industry lies in boiling the craft down to its simplest form - something he works to explore with academists during the two-week program: “After they’ve got to grips with the specific functions of SEO and digital and mobile, we need to ask them the bigger questions of ‘what is a brand?’ and ‘what is strategy?’ to the talent coming through our doors. These words are thrown around but no one’s bothering to discuss what they mean,” Nick says. “There must always be the comprehension and awareness of something larger than their finite area or function. The nuances of each role are important but the knowledge of the entire ecosystem is crucial”
“I want this next generation of marketers to be able to learn the rhythm and logic behind these terms and how to translate them into campaigns for brands with a clear strategy of what it is we want to achieve, with who we want to achieve it, and how we’re going to do it. If our industry’s new blood can answer these questions, we’re doing okay. If they can answer them well, we’re doing even better. But if they can answer just one in a way that’s totally different to any of their peers - then we’re doing best with the opportunity to explore the creative process.”
Kirsty Raven, senior broker at Electric Glue, asked the academists, ‘what is media?’ - pulling media buying back to its most fundamental form.
“I wanted the academists to better understand the TV landscape, the key players in the media market, the principals of how we plan and buy media, and how media and strategy work together to create ad campaigns that work. At Electric Glue we use our media knowledge to deliver partnerships, and whilst the strategy and ideas are key, we need the fundamental knowledge of media to make them work harder. Over the last 15 years, I’ve seen the media industry explode in terms of offering, dominance, and technologies; however, the rudiments of media remain the same - connecting a message to the audience in the most compelling context possible. Whilst a lot of the marketplace is now automated - trading and building real partnerships between our clients and media owners remains are the core of what we do,” says Kirsty.
Superficial perks such as bean-bags, cold brew on tap and rec rooms are sweet, but none get to the core of the issue facing the advertising industry. Recruitment of young people won’t be swayed by the provision of bring-your-dog-to-work days and free coffee, it’ll be through increasing the exposure and understanding of the possibilities that advertising, marketing and the wider creative industries offer, especially in the dawn of growing mistrust. Last year, for the first time ever, the Ipsos Mori Veracity Index, ranked advertising executives as the least trusted profession - outranking politicians, government ministers, and journalists. 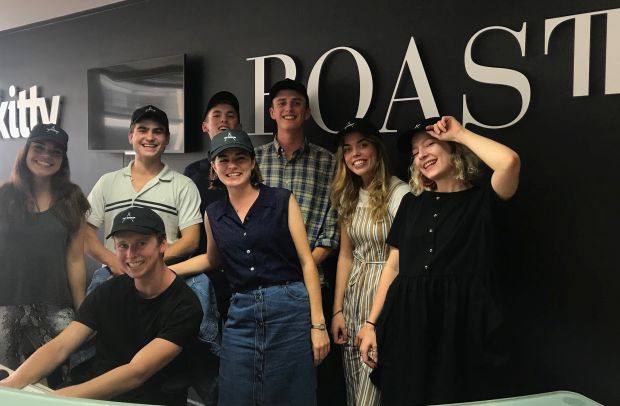 So what’s it like for the students who pass through the two-week program?
On shifting interests...
“At the beginning of the two weeks I was the most excited about SEO - Paige did a brilliant job at making the subject so interesting and approachable for someone like myself with limited knowledge on the subject. However, after the content talks with Elinor and Ryan, and branding with Nick, I do think I am more naturally drawn to Content. Perhaps simply because this is what I have been doing in my masters, previous work and volunteering. Also, I thoroughly enjoyed Ryan and Nicks approach to our sessions. They made us think deeply about the meaning and the role of branding in creating meaning, which really resonated with me.”
On changing perceptions…
“Prior to TIPi, I had very little knowledge of what SEO or PPC was. Not only that but what I did know about them felt extremely 'techy', which immediately put me off. Talking to the SEO and PPC teams and being guided through it made the subjects approachable and, to my surprise enjoyable! I thoroughly enjoyed the SEO tasks and found myself wanting to know so much more.”
On new awareness…
“After the TIPi Academy, I couldn’t help but analyse adverts on the street and think about the adverts I receive online. I was able to see why an ad was placed in a certain way to reach a certain audience, it felt like I had unlocked a secret that everyone else was in on!  The TIPi Academy is a fantastic way to facilitate your curiosity about what is going on around us in advertising and marketing in the street and online.”
On developing new skills...
“My greatest personal challenge was the presentation at the end of the two weeks. Public speaking is perhaps one of my greatest weaknesses, but this was the perfect challenge to put it into practice. Also working on the presentations really showed us how marketing strategy comes together - this was totally new to me and is something I am now much more confident in now having done it!”
For more information about the TiPI Academy, please click here.

Vol 2. Confessions of an Account Planner: One Brief To Rule Us All