Comissioned by The Supreme Committee for Delivery & Legacy of the World Cup in Qatar, 'The Whistle' illustrates the importance of the biggest sporting tournament in the world to its fans 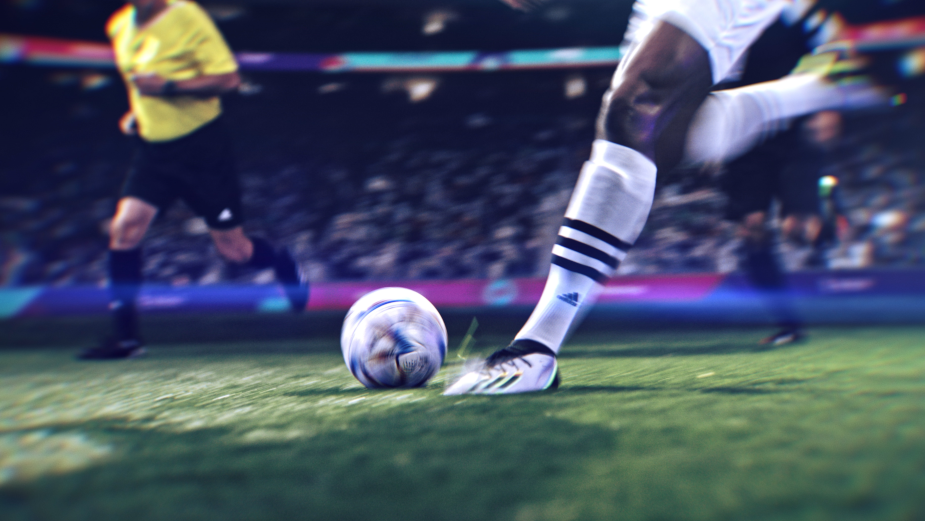 Design-driven creative studio METAphrenie created a breath taking global spot for the World Cup in Qatar. Commissioned by The Supreme Committee for Delivery & Legacy (SC) of the World Cup in Qatar, 'The Whistle' illustrates the importance of the biggest sporting tournament in the world to its fans. The spot launched on the opening day of the 2022 World Cup and will air locally in Qatar, on the SC website, YouTube channel, and social channels.

The film takes viewers around the globe to Mexico, Germany, Japan, Argentina, and Qatar as vignette settings featured in the spot. We see a grandfather who has been alive for every World Cup fulfil his dream of finally attending himself; a growing group of fans watching the games; a welder building a statue to honour the players; a talented football freestyler on the brink of going viral; and a mother about to welcome a new baby. In the first half of the spot, the vignettes showcase these extraordinary moments in real-time, but when the whistle commences the tournament, time slows down in each of the vignettes, bringing the world’s focus to Qatar.

“We wanted this spot to depict the global phenomenon that is the FIFA World Cup Qatar 2022, and how so many different moments and memories come out of this one shared experience,” explains METAphrenie founder and executive creative director Andrea Dionisio, a lifelong football enthusiast. “To get that idea across, we depicted time bending and slowing down in the world of each story – and a number of easter eggs that viewers can discover each time they watch it.”

To solve the challenge of multiple international locations, Andrea and co-director Steven Petersen shot the highly technical production primarily at Thunder Studios’ XR Stage in Los Angeles. The METAphrenie team created photorealistic background plates of the Buenos Aires skyline, Al Bayt Stadium, and Lusail Stadium, where the kick-off and final games will be played. In addition, sets and practical locations were used.

To achieve the super slow motion that’s central to the concept of the spot, METAphrenie shot with a Phantom camera and augmented the slow-mo footage with photorealistic VFX. The large-scale production included a 50+-person crew and a cast of 45 talent, as well as the studio’s post-production and CG teams.

“While the production schedule was ambitious, we’re always looking at how new technology can be used not only for storytelling but also for budgetary and logistical practicality,” explains Andrea. “Shooting on an XR stage just made the most sense for what we were trying to achieve in this piece.”

METAphrenie’s global roots, from its inception in Berlin to bases in Dubai and Los Angeles, also meant it was well-positioned to understand and adapt to storytelling for different cultures. As such, this latest project for the World Cup completes its sports “EGOT” of creating work for international sports-focused clients, including the Olympics, Tour de France, and the AFC Asian Cup. Ultimately, for projects requiring a global reach and scale, Andrea says that XR stages open up many possibilities in commercial filmmaking and beyond.

“XR production will definitely be a big part of how content is created in the future” concludes Andrea. “It truly was a game-changer for us and offered a more seamless experience with our client. I can’t wait to do it again.”