Mastercard Gets Lyrical about Contactless Payments with Mini Music Videos 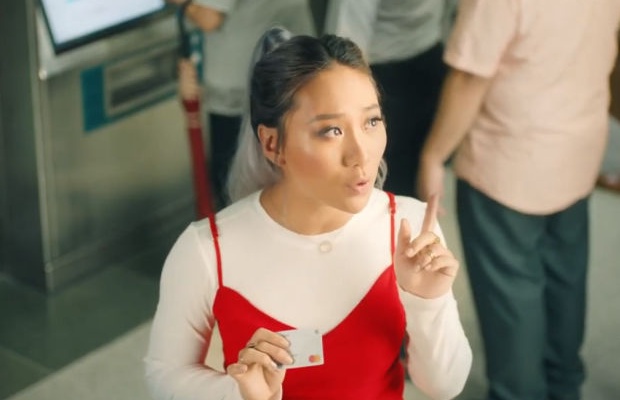 McCann Singapore has launched a campaign to celebrate Mastercard being the first issuer in the city state to enable contactless debit and credit card payments on board buses and trains. This allows commuters to do away with prepaid fare cards, and simply tap and go with a Mastercard debit or credit card.
To raise awareness, McCann Singapore created a campaign inspired by the experiences of commuters and the frustrations they face when their fare card is low on funds, whether by getting blocked at the gantries or having to queue to top up their cards.
The agency used these commuter situations as the topics of three film spots, and showed how much smoother journeys could be with Mastercard. But unlike regular ads, they didn’t just say it. They broke into song with the help of homegrown artiste, Sandra Riley Tang, from popular local band, The Sam Willows.
Commuters were targeted with these mini music videos during morning and evening rush hour, via ads on Facebook and Instagram. Then they were reminded of the campaign’s messages via an array of strategic OOH placements, at train stations across Singapore. Once on board trains, they were shown the many things they could be doing instead of topping up fare cards. And for the first time, train stations themselves will be used as media channels, with the songs getting airplay over their public announcement systems from May 2019.
“Rather than focus on negative travel experiences, we chose to highlight the benefits of Mastercard’s contactless payments with quirky songs that were inspired by the small frustrations that people face every day. No more queuing, no more awkward U-Turns at the gantry, no more delays when you’re already late. When you tap and go, your journey becomes just that little bit smoother”, said group creative directors, Eirma Webster and Angie Featherstone.
Bus commuters weren’t left out either. They were strategically targeted with different messages depending on the time of day and even the weather. And these ads appeared at bus stops in key commuter-dense locations around Singapore.
“We’re joining cities like London, Sydney, Vancouver, Kaohsiung, Kiev and Milan, where commuters enjoy seamless, hassle-free journeys thanks to contactless payments”, said Deborah Heng, Singapore country manager for Mastercard.
“This drives seamless commerce across different platforms as consumers can go about their daily activities with just a Mastercard in hand — from taking public transport to dining out and shopping.”

How McCann Hong Kong Put Stress Under the Microscope

This Culture-Bridging Ad Takes Spirit of Ramadan to Father Christmas