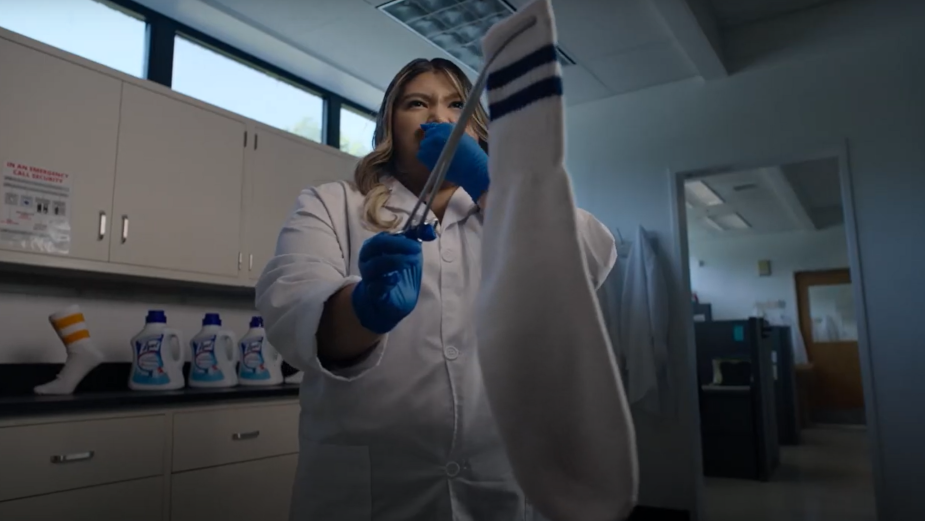 Everyone has stinky laundry – but did you know that laundry odours can be caused by bacteria? Lysol Scientists did: that’s why they created Lysol Laundry Sanitiser.

Lysol is getting to consumers through their nostrils with their latest campaign, ‘The World’s Stinkiest Sock,’ created with the team at McCann New York, Momentum Worldwide and Access. Lysol’s R&D scientists partnered with fragrance experts to hand-select some of the worst-smelling acids, creating dozens of different, gag-inducing, stinky combinations to mimic foot odour – mixing, sniffing, remixing, and re-sniffing until they perfected a synthetic formula with next-level stink.

The company is introducing the campaign to the world by putting it to the test with an on-the-ground activation to those who know Sox better than anyone: the people of Boston, Massachusetts. SNL alum Rachel Dratch will also be in attendance, helping to spread the word - because if Lysol Laundry Sanitiser can handle the World’s Stinkiest Sock, it can handle your stinky laundry too.

On September 14th at Fenway Park, people will have the opportunity to test their nostril fortitude by sniffing The World’s Stinkiest Sock, followed by a sock rinsed with Lysol Laundry Sanitiser. The campaign will also be live on digital platforms until October 31st.