Lykke Li opens up for the first time about the death of her mother, the birth of her child and the end of her relationship in the third episode of WeTransfer’s documentary series. 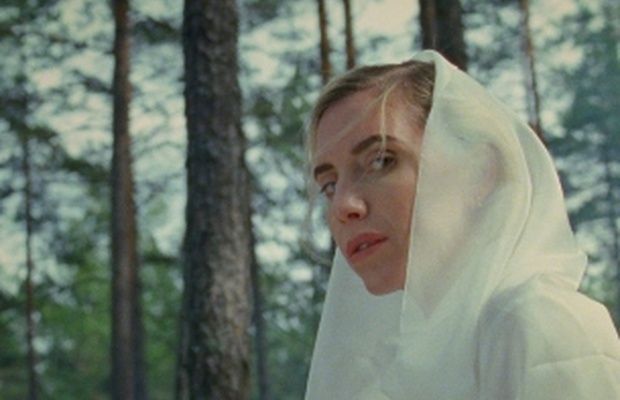 In the short film (just over 6 minutes), set to Lykke Li’s latest album so sad so sexy, the acclaimed singer-songwriter gives an intimate account of her own real-life struggles in recent years. Lykke Li talks about the loss of a parent, becoming a mother and having her heart broken - and how she emerged stronger and more empowered, both mentally and creatively.

Produced by Pi Studios and directed by Kaj Jefferies and Alice Lewis on 16mm film, the episode is dreamlike and melancholic at times but always underlined with a unique, raw feminine beauty.

The short film acts as a candid interview and offers viewers an intimate insight into Lykke Li’s life, with personal video camera recordings of her as a child and growing up. In the footage, Lykke Li express her views on love and pain and the therapeutic nature of the creative process.

This is the third episode of Work In Progress - a documentary series which celebrates the spirit of creative collaboration which defines WeTransfer's products. Episode 1 featured the intimate relationship of creative soulmates Björk and Jesse Kanda; Episode 2 profiled the raucous energy of pan-Asian hip-hop collective 88rising. Now Episode 3 dives into one artist's relationship with her past, present and future.

“It has been nothing short of awe-inspiring as a fan to watch Lykke Li create, evolve, and innovate over the course of her decade-long career. This third episode of Work In Progress is so special in its honesty, vulnerability, and look at how pain and adversity can be a powerful catalyst for beauty and strength in art. It is a message that feels timely and one we all could serve to listen to now more than ever. We’re exceedingly grateful to Lykke for allowing us into her beautiful and engaging world."

Lykke Li’s Work In Progress episode will come out on Wednesday, 17 October 2018. Pi Studios is WE ARE Pi’s Amsterdam-based premium entertainment company. They have partnered with WeTransfer to produce the whole Work In Progress series.

The best HTML related articles are available on our blog. Browse them to get interesting content.