With the help of OKAY STUDIO, TRAUM INC. creates a showstopping film for The Shed musical by ‘Kung Fu Panda’ screenwriters and Chen Shi-Zheng 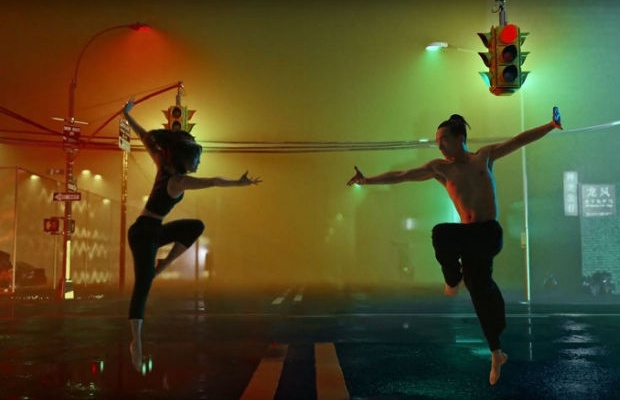 New York cultural institution, The Shed, has unveiled a showstopping trailer to promote its ambitious new project: a kung fu musical entitled ‘Dragon Spring Phoenix Rise’. Behind the musical is a star-studded creative team helmed by renowned film and theatre director, Chen Shi-Zheng, and ‘Kung Fu Panda’ screenwriters Jonathan Aibel and Glenn Berger. It also features songs by Sia and choreography by the celebrated Akram Khan. The Shed enlisted CGI studio, TRAUM INC. to bring the trailer to life with creative input and seamless CG. Full-service post production house, OKAY STUDIO, were brought on board by TRAUM INC. to provide the creative editing and grade.
‘Dragon Spring Phoenix Rise’ tells the story of a secret sect in Flushing, Queens, that possesses the magical power to extend human life, and the twin brother and sister caught in the struggle to control it. Directed by Thomas Traum from TRAUM INC., the 60-second action-packed trailer features sword-wielding futuristic warriors performing spectacular aerial choreography and fast-paced martial arts manoeuvres to the backdrop of an otherworldly street lit by stunning neon hues.
TRAUM INC. shot the fight scenes in New York and OKAY STUDIO was brought on board to provide a creative edit and a grade for the trailer, with the aim of accurately capturing the unique energy of the musical. Ludo Roussaux crafted a creative and striking grade, grading three layers per shot to help integrate the background and foreground. Nikolaj Belzer drew on a range of cinematic kung fu references to create a dramatic build-up to the final hero image of the twins facing off; a mesmerising freeze frame of the two opposing each other. 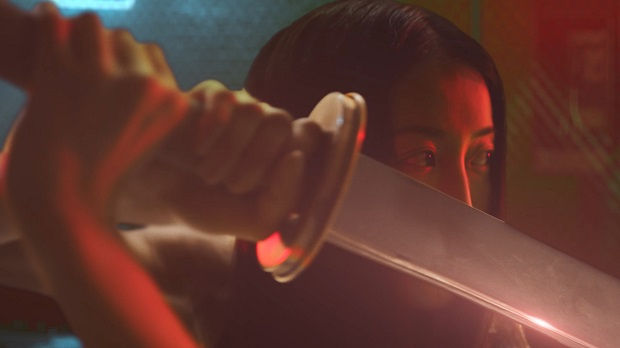 Due to the tight time frame, the trailer had to be edited ‘blind’ before the CG elements had been put in place, therefore a close-knit creative relationship between OKAY STUDIO, the director, and TRAUM INC., was key. The team drew on their long-standing relationship and pre-established integrated workflow to meet these complex creative challenges. 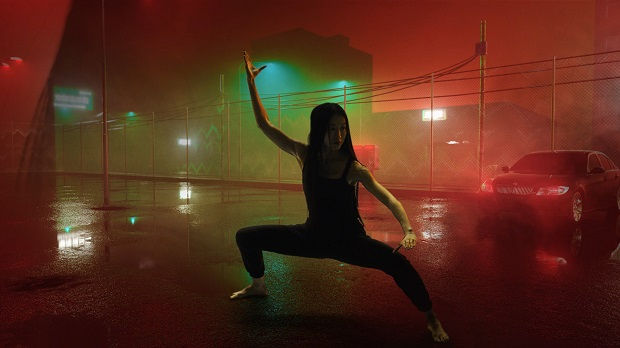 Nikolaj Belzer, OKAY STUDIO’s co-founder and editor comments: “This was such a fun project and a huge creative challenge. As an art project, rather than a straightforward commercial, we had a lot more creative freedom to shape the film; we were keen to bring something fresh to the table and we really explored that in post. It is always special to work with Thomas at TRAUM, especially as he provides a heap of references. We watched a lot of Kill Bill, old kung fu movies and a number of fantastically crazy Korean action films in the run-up to recreate this specific dynamic. It was all about being a bit on the nose and playing with these genre-typical themes and ways to build a classic battle scene. We consciously didn’t want it to be too slick or polished but keep that raw edge to encourage the audience to connect to these characters. Another big challenge was that as a trailer, it was crucial to communicate a lot of information and emotion very quickly." 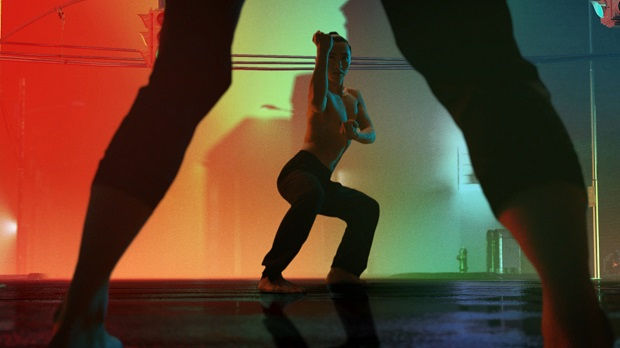 Director Thomas Traum adds: “This project was made possible through the true spirit of collaboration. OKAY STUDIO helped guide the project from the early planning stages all the way up to last-minute delivery support. We were able to integrate our VFX seamlessly into the grading thanks to the custom post production process developed for us by the OKAY team, which allowed for maximum creative freedom. Nikolaj is an amazing editor who is able to absorb himself into a project within a short time-frame; he makes everything his own and is never easily satisfied.” 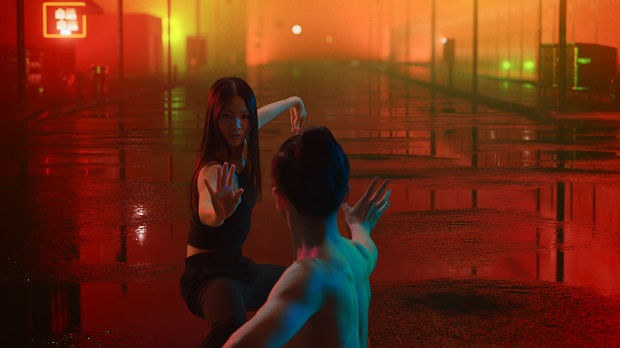 The musical will run from 22nd June to 27th July.

OKAY Studio: Brands Need a Swiss-Army-Knife, Not a Jack of All Trades