The campaign aims to cut through the memes, hashtags and algorithms of the modern media landscape 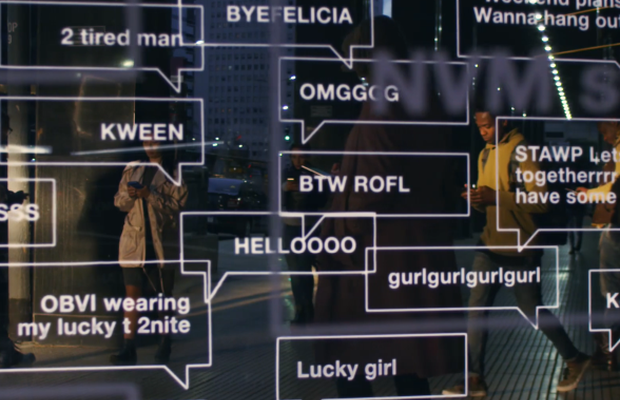 "Read Yourself Better", a major new brand campaign from the WSJ and creative agency The&Partnership, has launched with a 90 second campaign video and OOH.

Kicking off with a national TV spot from acclaimed director Juan Cabral (known for directing the UK’s favourite ad of all time, the Cadbury Gorilla), the campaign challenges readers to go beyond the easy answers and echo-chamber certitude of our overloaded media culture.  The animating ethos is one of self-determination – only by reading past the memes, hashtags and algorithmically-selected news stories that populate our media feeds can we make better decisions, informed by facts and not passions. The message is that the WSJ is for those that want to think and do for themselves.

You can view the first campaign video below:

In addition to TV and online video, the campaign encompasses a full range of digital and offline elements including OOH , social, print and display. You can check out a gallery of images from the OOH images below.

Director Juan Cabral said, “client and agency were on the same page from day one and we all shared a collective vision of how to make this a true statement piece. Outside of the sheer fun of blowing up muffins, building troll armies and bringing rainbow puke to life, I think we're able hit at a deeper truth – not just about why we can’t tear ourselves away from our phones but also where we get our information from every day. The music track we selected is from a 1970s album called Plantasia, which was made with the intention of helping plants grow. I feel it represents an elegant parallel with the theme of the piece, which is about the Journal as a vehicle for readers’ growth.”

Justin Ruben, ECD at The&Partnership said, “The idea behind “Read yourself better” is to highlight how hard it is for consumers to navigate our overloaded media landscape and to figure out who to trust and what’s worth reading. The WSJ is a solution to this with its quality journalism based on facts. Creatively we wanted to bring the online and offline world to life in a new and unexpected way and create a visual world that also broke through the clutter.”

Little Girl Shows off Her Swagger in NatWest MoneySense Campaign