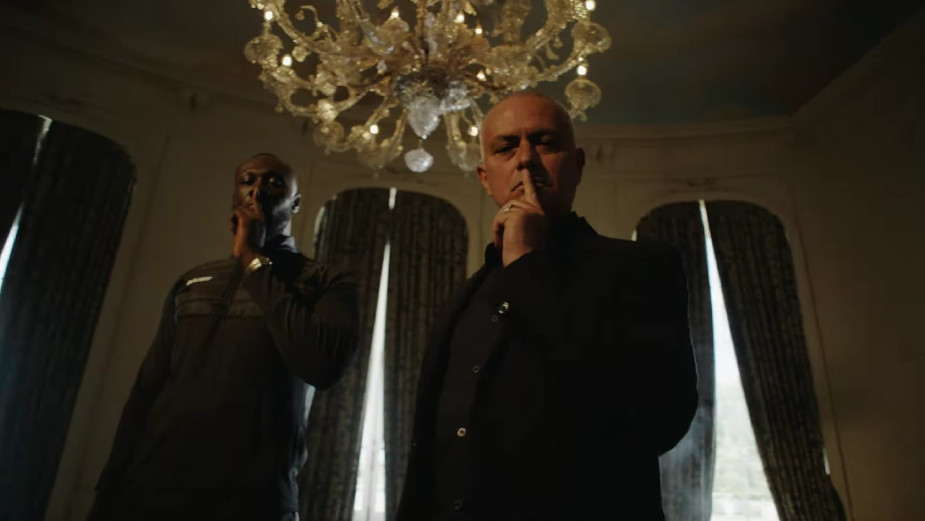 ‘Mel Made Me Do It’ released on September 22nd and a day later, the 10-minute long music video for UK rapper Stormzy’s latest single has surpassed one million views. Thanks to its star-studded cast of celebrities, athletes and musicians, the spot has been shared across social media platforms and gained attention for its clean and cohesive aesthetic.
In the rapper’s first solo track in three years, we see Stormzy enlist Pulse Films’ KLVDR to direct the video which features appearances from 35 influential figures. Not only does the legendary football manager José Mourinho make an appearance, but Stormzy even shines a light on fellow UK rappers Headie One, Little Simz and Dave – who he references on the track. Teasing his upcoming third album, the ‘Vossi Bop’ star has made waves online with the video which features a spoken word poem written by Wretch 32 and is narrated by screenwriter and actor, Michaela Coel.
Honouring Jamal Edwards, who passed earlier this year, the video pays homage to the online video pioneer, showing his family holding up a framed picture of the creator as Michaela reads a monologue. Later on, the family is joined by footballing icon  Ian Wright and other influential Black figures who paint a powerful image of togetherness.
Other scenes include Stormzy speaking on a plinth as a government official, standing behind a graffiti-style wall that depicts the rapper’s ‘#Merky’ tagline and even includes a fake talk show scene, where he sits on a sofa with other celebrities as Jonathan Ross interviews them all.
Having directed previous music videos for UK musical talents such as the Lotto Boys, Yxng Bane and Fredo, director KLVDR creates a clean aesthetic, a cohesive theme and plenty of beautifully crafted shots which compliment the nature of the track. Shot in several different locations, with plenty of costume changes and the powerful inclusion of his star-studded peers, Stormzy shows how he’s ‘baddin' up the game’.
Portuguese football manager José Mourinho took to Instagram to say, "Was great fun doing this cameo for Stormzy's new music video out today. I had a great time.” This comes after Stormzy’s reference to José and the inclusion of the sound clip from the manager’s viral videos where he says, “I prefer not to speak. If I speak, I will be in big trouble.”
view more - Creative