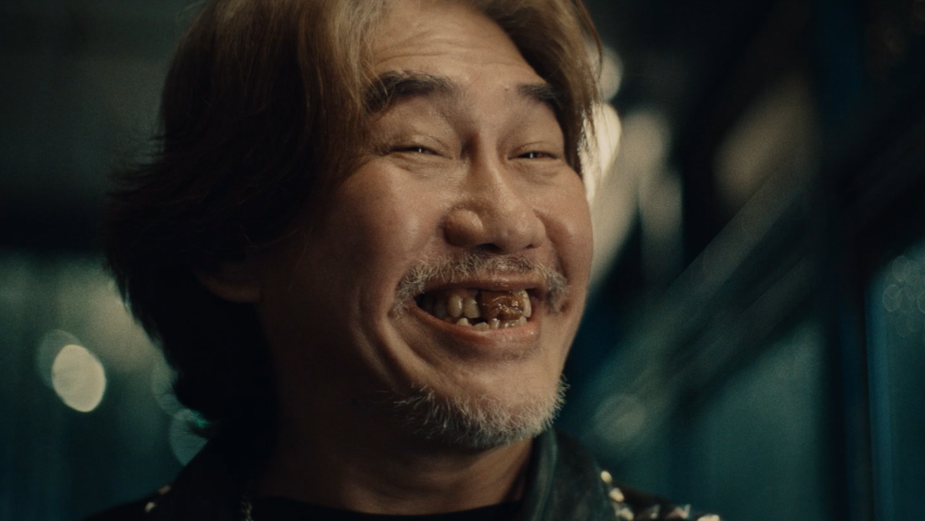 Johan Stahl recently directed ‘Bus Ride,’ a heart warming spot for Cadbury Chocolate. The spot, which features a sweet twist on the old ‘don’t judge a book by its cover’ adage, debuted on June 3rd in Asia on TV and online.

The 60 second spot opens on a mother as she tries to console her crying toddler on a night time bus ride. Another passenger looks over in dismay and opens his window to drown out the little boy’s cries. An intimidating-looking man dressed in black saunters onto the bus causing the passengers to watch warily as he sits behind the mother and son. When the woman reaches down to pick up her shopping bag, which has spilled its contents, her son turns around to stare at the man who stares back intently. The man suddenly reaches into his vest and eats a Cadbury chocolate bar, eliciting a smile from the boy and his mother as he grins with chocolate in his teeth and makes silly expressions before sharing a chocolate bar with the duo. The spot ends with the tagline, ‘Goodness That Melts Your Heart.’

“The whole core of this concept was to build tension up to a certain point and then do a complete 180°,” says Johan, who is represented by REVERSE in the US for commercials and branded content. “To make this work, we needed perfect authentic performances from all of the actors, especially the young boy.”

Johan spent a lot of time casting in Singapore, Kuala Lumpur, and Bangkok for the 'intimidating man' character. The team eventually landed on an actor by the name of Rabbit who could convincingly shift from a menacing vibe to a genuinely funny guy.

The two-day shoot took place at night in Kuala Lumpur with a floating police escort to allow the crew to move around the city’s heavy traffic. Opting for a lean setup, Johan and his team used the Sony Venice Camera in Rialto mode with the Leica R lenses, which enabled them to get up close to the actors in a small environment, such as a moving bus. They then switched to a steady solution once they were on the road driving through the night.

“Maybe it was the tropical heat with no air conditioning, but by the end of the shoot, we were howling with laughter when Rabbit made the switch to the funny guy,” says Johan. “The agency and client were incredibly collaborative and gave us the utmost trust to pull off this concept. It was great to see everything come together so well.”

“This spot exemplifies what Johan does best – simple yet efficient performance-driven storytelling that creates a strong emotional connection to the characters and the product,” concludes Thibaut Estellon, REVERSE founder/executive producer. “Too often, we see spots that are overly focused on technical gadgets and transitions. It’s refreshing to see a piece that feels like a classic and goes back to the essence of advertising.”