Produced by Anonymous Content, the national TV spot is reminiscent of a 'Vanity Fair' photo shoot 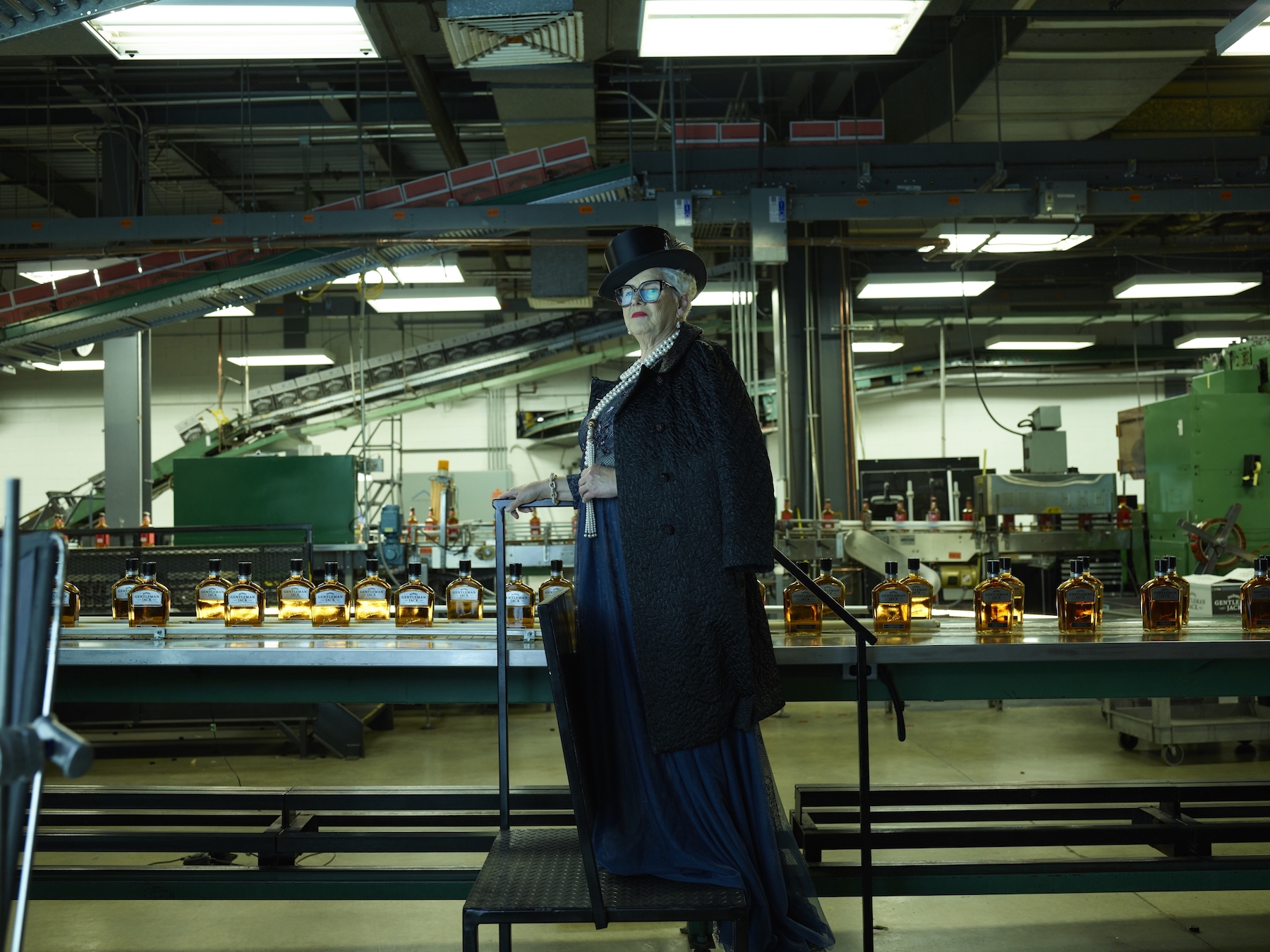 Hardworking. Genuine. Humble. Just a few words to describe the people of Lynchburg, Tennessee and whiskey makers in the Jack Daniel Distillery. But why not these words? Fashionable. Refined. Polished.

Brown-Forman and Arnold Worldwide are launching a new integrated effort in support of the Gentleman Jack premium Tennessee Whiskey brand, with the goal of introducing and increasing trial among Jack drinkers.

The campaign makes the point that even though Gentleman Jack is a step up in refinement, it’s still from the same people who make Jack Daniel’s, and it’s still made for friends of the brand. Launched nationally on June 5, 2017, the multi-channel effort comes to life through TV, print, influencer partnerships and social media.

"With this new campaign, we want to connect Gentleman Jack to the same thing that makes Jack Daniel’s special. It's the pride and craftsmanship that goes into our whiskey,” says Matt Blevins, Gentleman Jack Global Brand Director. “Gentleman Jack may be extra refined through our double-mellowing process, but it’s as true as ever to the place and people in Lynchburg, Tennessee."

Directed by Malcolm Venville, the national TV spot is reminiscent of a “Vanity Fair” photo shoot and features the actual distillery workers from Lynchburg, TN, dressed to the nines and looking distinguished among their usual surroundings. The film reminds viewers that even though they take the time to mellow the Tennessee Whiskey for Gentleman Jack twice, the first and foremost ingredient is, as always, the very genuine people of Lynchburg.

“Gentleman Jack is about that extra layer of refinement, but we knew we had to stay true to the people in Lynchburg who make it. So we took that head on and had fun,” says Wade Devers, Managing Partner, Executive Creative Director for Arnold Worldwide. “The distillery workers were totally up for it, so we brought in the best Hollywood stylists and gave them “Vanity Fair”-style treatment. And Malcolm Venville’s eye for it was incredible. Everybody would be joking around, but then the distillery workers would step in front of the camera and we’d be blown away. All of a sudden you were in the presence of Tennessee Whiskey royalty. Then, of course, you’d yell ‘cut’ and everybody would start joking again.”

Along with the new creative work, Gentleman Jack will be releasing a limited-edition whiskey later this year. Jack Daniel was held in high regard for his uncommon charcoal mellowed whiskey and his fine tastes as the gentleman distiller of Lynchburg, TN. This special edition is inspired by his one-of-a kind handcrafted Patek Philippe pocket-watch. The metallic engraved label reflects the intricate detail of Jack's own timepiece. To commemorate the moment, we hand selected special barrels to craft an extra mature, 86 proof expression of our double mellowed Gentleman Jack Tennessee Whiskey.