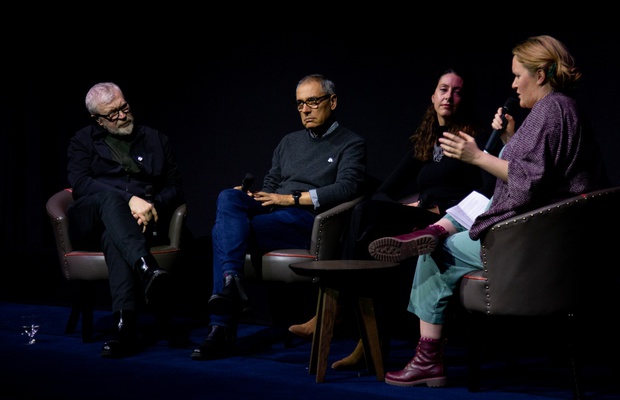 Last night, Little Black Book and The Immortal Awards hosted the second edition of our Immortal Awards Showcase tour at the Ham Yard Hotel, in London. The evening was a chance to appreciate the winners with a screening of all the Immortal and Commendation winning projects. Just four projects were declared Immortal following the final round of judging in New York in November, along with a further 13 entries that received Commendations (check out the winners here).
To reflect together on what goes into making work that will last through the generations, the screening was preceded by a panel discussion featuring a trio of Immortal Awards jurors who are all creative heavyweights in their own right. LBB editor in chief Laura Swinton was joined by Martina Poulopati, the multi Immortal Award-winning global communications director of Essity, whose Blood Normal and Viva La Vulva projects have both won big at the Immortals. Joining was MullenLowe Group's Jose Miguel Sokoloff, one of the most internationally awarded and respected advertising creatives and peace proponents in the world, and Walt Campbell, a creative legend responsible for some of the world's most celebrated ads - including Guinness's iconic Surfer.
The discussion kicked off with a quick attempt to define ‘immortal creativity’. Martina took up that tricky brief first, venturing that it is work that will be talked about with the same enthusiasm it receives today even when time has passed. She described it as “work that reflects a point in time that is truly relevant to our culture, that gives a voice to a generation.”
Jose Miguel reflected on the Twenty-five Year Award, an architecture prize awarded each year by the American Institute of Architects (AIA) to buildings that were built 25-35 years ago. “I think immortality in our business should be measured in those periods of time,” he said. “We should be able to look back in 25 years and say: ‘I remember this. This was important. This is still relevant. This is still something that matters.’”
Sometimes it slowly dawns on you that something is a bit special, suggested Walt, like when he started seeing one of his images popping up on people’s desks. He admitted it was largely a mystery, though: “I don’t know. I don’t think anybody knows it’s going to be immortal. You just think something’s strong and then hope…” 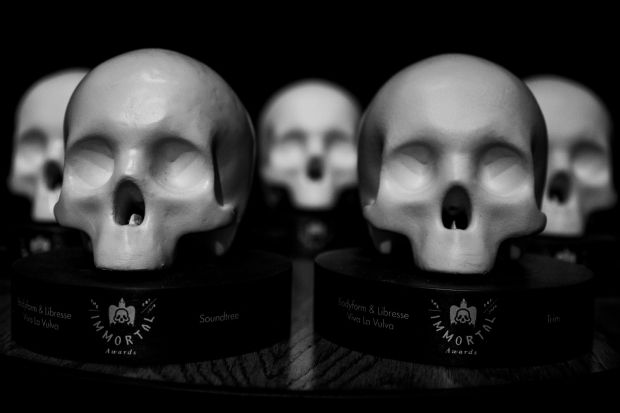 At some point in the creative process you have to take the plunge and decide to push an idea through, so the next question was how to know which ideas are worth going with. Matina said she knows how it feels to encounter an idea that will last by now, but it might not be what you want to hear as a client. “Every time this has happened to me it has scared the crap out of me,” she said. “So that’s my lens now. If I feel really uncomfortable it means that it’s probably going to be amazing.”
Jose Miguel’s answer was that you don’t always know, and that failure is inevitable sometimes. “I make a lot of bad decisions. We all do,” he said. “But we stick with them. And sometimes just sticking with them makes them great after a while. Because somebody will pick it up and do something great with it.”
Walt agreed on the value commitment, and reflected on times when things that were good or just OK and suddenly met another idea or element, like music for example, and had completely changed for the better. Sometimes you just have to keep going until you hit that moment, he suggested.
“The ideas that become very difficult to do, that’s probably a good indication,” agreed Jose Miguel.
There’s a lot of talk of bravery in the advertising chattersphere, as if it’s just something people forget to do, noted Laura. But bravery is actually hard. So how does someone like Martina convince everyone else at a brand like Essity to go with the brave choice like they did with their Immortal Award-winning Blood Normal and Viva la Vulva campaigns?
Martina admitted it’s been challenging.  “When you challenge the norms of a category and decide you’re going to be the first brand to show red blood on a sanitary pad and the first brand to celebrate vulvas in all their glory, you’re breaking the rules. You’re throwing the advertising rule book out the window. So people think you’re irresponsible, irrational. It was difficult to push it through the organisation.”
Thankfully she had the creative clout of AMV BBDO behind her. “I had a very stubborn agency to work with,” she laughed. And she was blessed with a team with a unifying goal. “We’re doing this for the people that buy our products. That conviction is the driving force to keep on pushing,” she said. “The more resistance you come across, the more clear it becomes that this is all the more why we need to keep pushing to deliver this kind of work.” 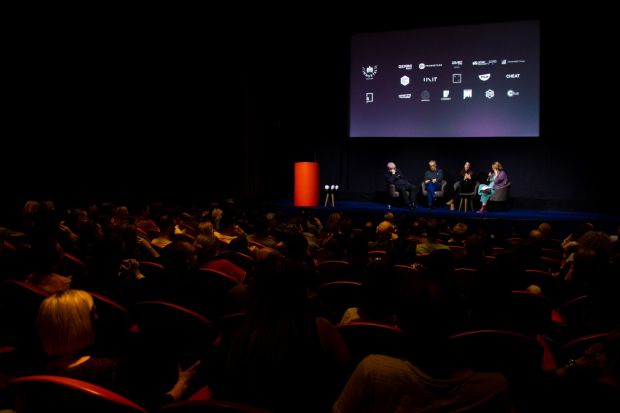 It’s hard to argue against the fact that Jose Miguel’s work over 10 years to help demobilise Colombian guerillas took a lot of bravery, but there too, he noted the power of a unified mission. “We had one goal in mind: to help end this war. We never stopped thinking that that was possible,” he said.
They found different ways to achieve that, to varying degrees of success (“Some of it was really bad,” he said), but in 2016 the Colombian civil war was over. “Until that was done, we never stopped trying to come up with things that would help,” he said.
Walt picked up the theme of teamwork and talked about the power of assembling a group who will help you push for creative brilliance. “There are people here who’ve taken something I was working on that was really ordinary and made me look really smart,” he said, giving a nod to the production, music and sound design, post production and editing experts who help agencies and clients craft immortal work - “people who work through the night to get it special.”
It comes down to motivation, he said, tying it back to the nowadays ubiquitous notion of brand purpose. “I think there’s a different level of brand purpose,” he said, “where people are committed to something and they feel it almost on a molecular level.”
He went on to address how much harder it's always becoming to making immortal work happen. "Everyone's getting squeezed. Not enough time, money, belief, ambition," he said. "But creativity is about finding your way through all those limitations. We can't stop playing because we're not allowed to play. And it's more fun to play when you're told you're not allowed."
Martina agreed that purpose, when it’s heartfelt, is no bad thing, and is a great motivator. “Purpose is very important on a basic human level,” she said, noting that she’s known people who are driven by purpose to leave multinationals because they feel they can’t make enough change. “Big multinational brands have such a strong platform for the implementation of change. And if we don’t use that platform it goes to waste on the efforts of trying to sell a little bit more product. Bring your values to work and push it forward and if people don’t like it then tough shit. Someone’s going to listen and stubbornness pays off.”
Reflecting on motivations, Jose Miguel considered the different reasons that people go into advertising, whether it’s for money, fame or to change the world. “But I think the best people in this business are the ones who get into it because of the joy of making stuff, of finishing whatever it is, putting something out into the world.”
Finally, Walt expressed gratitude for an industry where you can still get away with an awful lot, which has got to be a motivating factor: “It’s somewhere where you can be yourself, be a bit off the rails and not get the sack.”