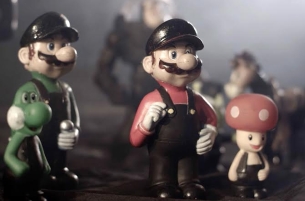 In Paraguay, four newborns have died every day from preventable causes over the last 20 years according to the Ministry of Public Health.

To reduce that number, the government needs to invest more in health and education related to newborn deaths.

And so, to call the attention of the media and government officials, Asuncion awoke with toy stores closed for mourning, with windows filled with toys in black, and a message: A baby changes your life, a death also.

The president was pressured to take immediate steps. An additional 1.5 million dollars was allocated to the health budget to fund pediatricians, gynecologists and new technology, to improve standards of healthcare services all across the country.

How You Can Help TBWA Determine the ‘Future of Creative Work’