The&Partnership’s clever online campaign has notched up millions of hits, with a little help from comedian Bill Bailey, ahead of the Christmas TV ad reveal, writes LBB’s Laura Swinton 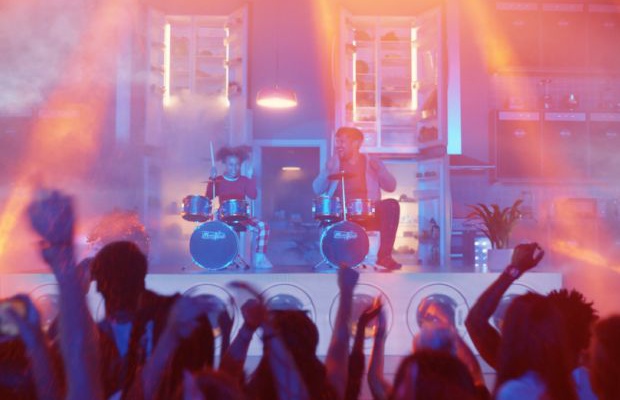 “It put me right in my mum and dad’s house, on the floor, going through the catalogue, my dad’s smelly feet, my mum smoking. It took me right back.”
Danny Hunt is recalling the moment in the original briefing for this year’s Argos Christmas ad where the topic of the retail brand’s iconic catalogue came up. For Brits of a certain vintage, the Argos Catalogue marks the start of Christmas – even if we do all our shopping online these days, there’s a shared nostalgia in our collective subconscious. Hours flicking through the weighty tome to the toy pages at the pack, circling the Atari/SNES/Dreamcast (select as appropriate) in vain hope, weighing up Sylvanian Families and Lego sets as more realistic fallback options should Santa find himself on a budget. Comedian and TV presenter Bill Bailey once identified Argos as a defining feature of the UK and he even describes the catalogue as ‘the laminated Book of Dreams’.
In a stroke of genius, Argos is placing the catalogue at the heart of its festive campaign – and all that nostalgic goodwill is already paying dividends before the main TVC even launches. Two weeks ago they launched argosbookofdreams.co.uk, an online hub that features digitised versions of every annual catalogue since 1974. The site had 1.8 million visits in the first 48 hours and has now had over 9 million views.
When LBB became aware of it last Friday, work ground to a halt (so… apologies if you were trying to get through but it suddenly became very, very important to find the green cat watch I got on Christmas 1993). 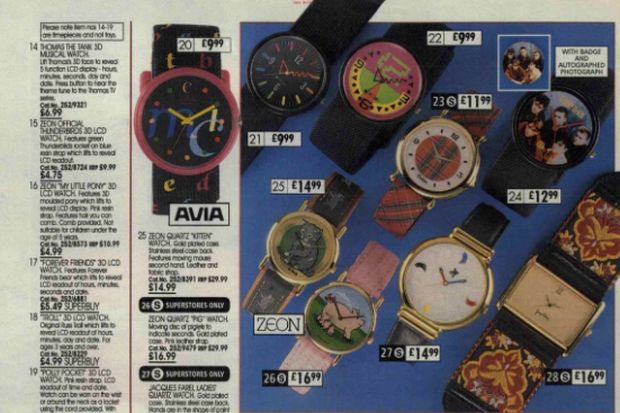 The UK, besieged by Brexit fatigue and the prospect of a December election, was clearly hungry for a bit of retro reassurance and joy – but, says Danny, who is creative director on Argos at agency The&Partnership, the upbeat nature of this year’s Christmas outing is simply a consequence of the brand. “It wasn’t because we’re heading for a recession or that the nation’s been really down so we need something that’s really positive and up – I just think that’s the brand – the differentiation between Argos and a lot of other brands is that they’re irreverent, they’re silly, they’re optimistic and they’re up,” he says.
Having successfully teased the nation, the big TVC launches today. The spot, directed by Traktor and produced by Stink Films, sees a dad and daughter drum their hearts out to the Simple Minds track ‘Don’t You Forget About Me’. Having stumbled across a toy drum kit in the catalogue, the dad starts to drum and the kitchen expands and transforms into a stage – it’s a spot that makes gleeful use of in-camera trickery and clever set design.
When Argos originally briefed the team at The&Partnership, they said they wanted Argos to ‘mark the start of Christmas’. Very quickly, creative team Ludo Thomas and Arthur Harry came to the ‘Book of Dreams’ concept. It clicked for Danny immediately and the brand agreed to change the name of the catalogue to ‘The Book of Dreams’, immediately turning the magazine covers into thousands of campaign poster sites. Danny initially worried whether the Argos catalogue was even still relevant in the digital age, but research soon confirmed that it's something that the nation has warm memories of and still harbours a soft spot for.
Having arrived at the organising idea quickly, the team had longer than usual to develop and refine the creative execution. For Danny, it was important to avoid any festive fromage. “It’s really easy with this idea to go really cheesy. I saw lots of scripts that were around little girls’ dreams and little boys’ dreams and I think the turning point was in a script review where we said, well, what if it was dad’s dream? That opened up a new world and it felt fresh and funny and totally different to little girls and unicorns and A-Ha catalogues where kids fall into it. There are a lot of ways you can take it and we got really excited by that.”
In fact the original script featured only the dad – and that’s the script the client bought – but during creative development the team were able to really hammer out the details. That’s where the idea of bringing in the daughter came in and immediately gave the story heart. The dad doesn’t dream of rock stardom, they realised. He dreams of drumming with his daughter. “That’s what Christmas is all about. It’s just about playing with your kids and it’s about hope and it’s about dreams. Them drumming together on stage really encompasses that for me,” says Danny, who admits that there were moments on set when he felt himself welling up.
Casting was a challenge that has divided the team. For the young creative team, it was an exciting global search, taking in actors from LA, Brazil, Japan and the UK. Creative director Danny, however, was shouldering the knowledge that they needed to find a girl who was small, cute and an absolute devil on the drums. “We can’t fake drumming – which we found out really early,” he says.
Thankfully the team came across the insanely talented Nandi Bushell on Instagram – she’s jammed with the likes of Lenny Kravitz and you can see her smashing tracks like System of a Down’s Chop Suey and Rage Against the Machine’s Killing in the Name.
Another cornerstone of the campaign was the track. It had to be a good ‘drummy’ track, say the team, but had to have a real emotional arc that would end on a high. It had to feel like a track that a dad would fantasise about – but it had to be cool enough for the daughter to fall in love with it and keep it with her for life.
“It wasn’t an easy find. We went round the houses. We looked at '70s, '80s, '90s… Christ it was a long old process,” says Ludo. “Even when we found Simple Minds, we kept looking but we kept coming back to it. It does have that nostalgia but it’s cool. We’ve listened to it millions of times now but you don’t get bored of it.”
The production itself took place in Bulgaria, where Icon Films and their team spent a gruelling four days shifting and flipping and pulling bits of set about for the elaborate in-camera extravaganza. “We really fell in love with the treatment from Traktor that suggested keeping it all in-camera so it felt really crafty and the transformations happened before your eyes. It lent itself to that Christmas vibe where you make your own Christmas cards and decorations,” says Arthur.
The idea was so exciting for legendary directing team Traktor, who have directed several Argos campaigns, that it was worth going the extra mile on a project with a big ambitious build. “Sometimes the stars line up in a project; this was one of those. We had the proper ingredients: a great story, the most iconic humdinger from the 80’s, full access to that classic video, two superstar drummers, a couple of kids’ drum kits and a crew that absolutely loved this project. With a large and fairly complicated set (designed by Nick Foley-Oates), we didn’t make it easy for ourselves, but we had a lot of fun doing it,” they say.

Building hype and enthusiasm for the big film centrepiece, the agency built up a carefully targeted influencer marketing campaign. They found both celebrity influencers and micro-influencers across every age group and sent them each a bespoke Book of Dreams from their generation, followed up with a digital version they could share on social media. On social media, Instagram carousels have been targeted according to age group, meaning people will see slideshows of Argos catalogues from their own childhood – and believe me, when you see the familiar pages, the memories come rushing back. 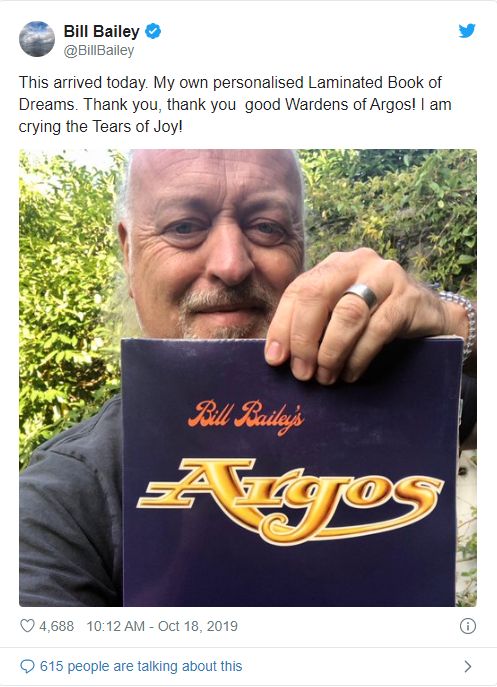 One influencer even managed to jump the gun. The aforementioned Bill Bailey was identified as a celebrity they wanted to approach, thanks to his appeal with the 50+ demographic and in honour of his Argos skit. Before the online hub was finished, a fan spotted the Book of Dreams, made the connection and sent him a photo on Twitter. The agency team had to jump into action and two days later he had a Laminated Book of Dreams of his very own.
The full above the line TVC launches tonight (Friday November 1) during ITV’s Coronation Street and Channel 4’s Gogglebox. But already the campaign has worked a fair bit of pre-Christmas magic for the brand.