High Five: Football Game Plans That Hit the Back of the Net

With the Men’s Football World Cup just a month away, head of design at The&Partnership, Dan Howarth, slides two-footed into his most inspiring football set pieces 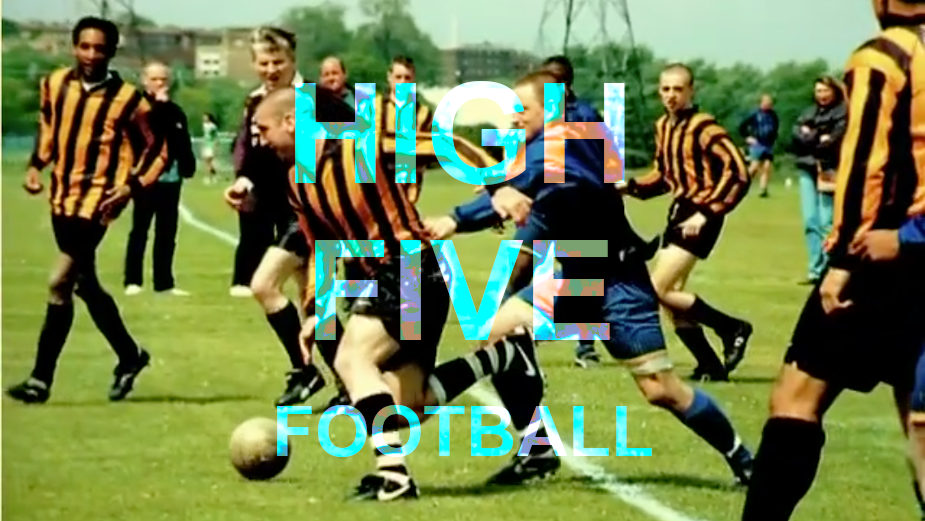 My two top career choices in numerical order were footballer and graphic designer. The latter became the top choice at the age of 17. I learnt a good life lesson that day: never kick the ball through the legs of the biggest - and by far the most aggressive - person on the football pitch. The beautiful game and beautifully crafted work laced with emotion is what I love. My High Five plays homage to this, and a world cup that is less than a month away...

Agency: TBWA\Simons Palmer
Production: Academy
Director: Jonathan Glazer
Even now, watching this classic ad in standard definition with its 90’s swagger reminds me of why I love football so much. Eric Cantona and Ian Wright star in an epic Sunday morning scene on Hackney Marshes. The superb editing mixes live action and freeze frames to draw you into what is happening in the background. A technique now favoured by the likes of Edgar Wright and Guy Ritchie. A champion’s league cast and a directorial masterclass from Jonathan Glazer make this an ad that continues to inspire me.

'One Night in Turin'

Production: New Black Films
Director: James Erskine
Two years before the inception of the Premier League England’s reputation as a footballing nation was a disgrace, hooliganism had become entwined into the fabric of the game. It took a nearly moment, some tears from Gazza and losing on penalties to the Germans to change perception. This is a memoir to Bobby Robson’s England and that one night in Turin.

Netflix - 'Sunderland ‘Til I Die'

What better way to bounce back from relegation from the top tier of English football than to create a docu-series showing your way back. Good in principle, but it doesn’t quite go to plan. Who thought binging on misery could be so gripping!? But it is.

Agency: McCann London
Production: Somesuch
Post: Craft
With the competitor having secured exclusive marketing rights for FIFA 18, the excellent Jim and Jacob (formerly McCann) were tasked with advertising the game without mentioning or showing any product detail. A partnership was forged with Real Madrid and instead of telling people to buy the game, they decided to teach them how to play it. Using the skills of the players and the corresponding XBOX buttons, this is the first game campaign that actually makes you better at the game.

Agency: McCann London
Production & Post: Craft
I was fortunate enough to be the art director on this ad for Alzheimer’s Society. This emotive ad written my Mike Oughton saw us spend the day filming with two World Cup legends. Our greatest footballing moment has now seen two thirds of the team lose their lives to dementia. Hard-hitting but no escaping the fact that Alzheimer’s is touching all of our lives.
view more - High Five