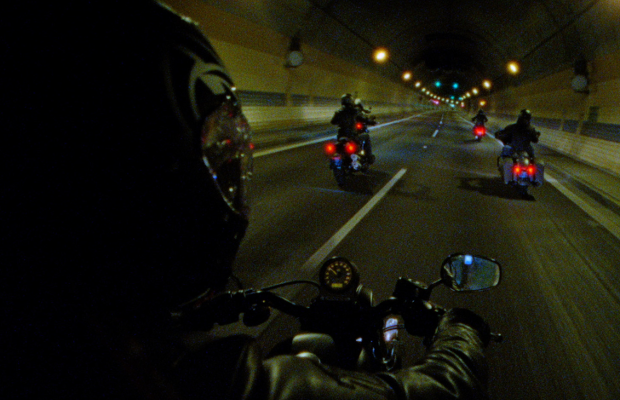 Harley-Davidson approached Droga5 in February 2019 with the ambition to build the next generation of riders around the world, by expanding the brand into new spaces and accessing new customers.

Harley-Davidson is a true American icon. They entering new global markets and product segments, like LiveWire, at a rate like never before, in a rapidly shifting cultural landscape.

Despite all the innovation, the benefits of riding a Harley-Davidson hasn't changed in its 116-year history. The physical, emotional, mental, even spiritual effects of riding are actually more relevant today than ever before.

In a world that’s increasingly isolated, disconnected and numb, riding is the kind of human experience people are craving. The adrenaline rush of a ride that stays with you for days. Being out in nature while everyone’s stuck inside. Participating in a real, live community that spans the globe. Having your hands glued to a pair of handlebars, rather than your phone. It’s healing.

Droga5's first piece of work for Harley-Davidson, ‘Breathe’, tells the story. A Harley-Davidson rider races to outpace ‘the voice of technology’ that gently instructs him to stay connected to the matrix. As the rider begins to leave the connected world behind, gentle instructions give way to desperate commands, until he bursts out into a world all his own, where the constant drip-feed of updates and alerts cannot follow.

Droga5 also evolved the Harley-Davidson brand identity and creative platform to focus more on the experience of riding, the feeling and its benefits. A direction that blends blurred landscapes, bikes and real riders with gritty depictions of the sights and sounds that stay with you long after a ride has ended. It’s a visual language designed to honour the brand’s heritage, while guiding the next 116-years of growth with a new generation of riders. Thi design shift starts to come to life through an evolved brand look and feel, which signals the progression of the iconic brand and ups its appeal to more riders around the world.

Droga5 and Harley-Davidson in collaboration with Accenture Interactive have more to come from its partnership.

Meta’s Vision for the Metaverse Helps Everyone Go Farther

Dive into the Delicious World of Lizzo's Shopping Cart with Instacart

Awakening from the ‘Junk Sleep’ Nightmare with Droga5