The new film, Birdman, is underpinned by a clear purpose that’s driving the brand at every level, writes LBB’s Laura Swinton 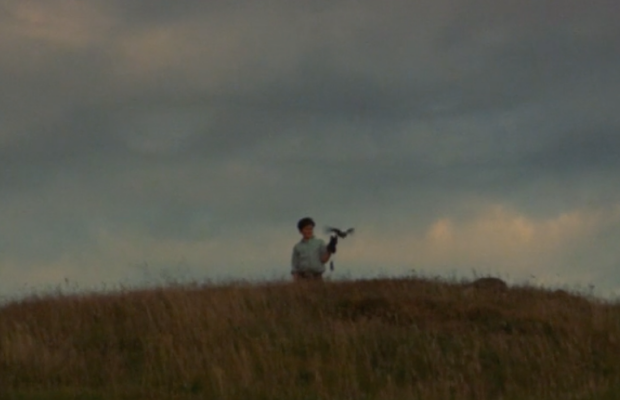 A lot of big car brands are driving a rocky road right now, plagued with struggling sales and increasingly climate-conscious consumers. Ford's performance outside of the States has been weak. Daimler’s been hit with sequential profit warnings and Audi’s been juggling a dip in sales. But there’s one unassuming car brand riding out the stress, going its own way and doing pretty well. In 2019, Volvo hit a record high in the UK with its highest new car sales since 1990.
It’s good news for Grey, which has had a global relationship with the auto brand since 2013. The key to their success is the ability to translate the brand’s distinctly Swedish ethos for local markets. ‘Omtanke’ means consideration for others. It’s something that’s been evident throughout the car brand’s history – sharing the patent for the three-point seatbelt with the car industry, sharing data on car safety and women – so when faced with a more critical consumer environment, it’s something that the car manufacturer has been able to take in its stride.
In the UK, they’ve done this by targeting and, more recently, celebrating people they call ‘defiant pioneers'. “They are people who are inspiring individuals who go out into the world and think about how they can make the world a better place for everyone,” explains  Grey London’s chief client officer Jeremy Pyne. “Volvo is coming to the world from a slightly different position from other car manufacturers because they take a much more holistic view. It’s not just about the car but who drives it and the impact it has on the world.”
In partnership with satellite channel Sky Atlantic, they’ve been telling true stories about people who embody the concept. The latest film in the series is Birdman, released this week. It’s the story of Carl Jones, a Welsh biologist who travelled to Mauritius in the '70s to save endangered bird species. There he devised ‘rewilding’, the notion that saving species depends on nurturing the local environment, and spent a decade proving it. Now it’s a key tool in conservationists’ battle to protect biodiversity.
Previous showcased pioneers include an engineer who is designing innovative mechanical prosthetics for amputees, a teacher who brings children who have never seen the sea to the ocean and a pair who salvage wrecked boats from the sea floor and recycle them.
The strategic and creative approach is unusual for an auto brand that positions itself as luxury. It’s less about bling and more about restrained design and allowing drivers to signal their values. “It’s conscientious luxury,” says Andy Lockley, Grey London ECD, of a strand of Volvo’s DNA that plays well in the self-effacing UK. “It’s a different take on luxury that is true of Swedish architecture, of all aspects of design there. Volvo is the automotive extension of that.”
Though the communications in the UK marketing is not explicitly Swedish, it does find its way into art direction and aesthetics. “That Scandi provenance will always be in Volvo’s DNA. It’s not something we consciously leverage but it’s inherent in all our communications,” says Andy. “Incidentally, Northern Europe is usually a textural background to a lot of our communications.”
Looking to the future of the auto industry and the environmental challenges that will only become more acute, Volvo is building on its foundations laid down by ‘omtanke’. It’s aiming to increase its electric vehicle sales to 50% of total sales by 2025.
“There’s a genuine desire at Volvo to do the right thing, and also there’s a commercial need to do the right thing, to be in the right place for how people will feel about transport and how they want to live their lives in 20 or 30 years’ time. Clearly technology is going to change, you’ve got the desire to run on completely different fuels that are sustainable and climate neutral. They have a lot of tough goals and there’s a lot sitting behind them,” says Jeremy. “They take a holistic view.”
That marshalling purpose keeps the company on track internally but it allows frees up the Grey’s creative teams across the network, taking that distinct Swedish idea and giving it a local voice. “When any company that has a very clear purpose and structure, it allows lots of people in the creative department in an agency to engage in that brief, to generate ideas to push that forward,” says Jeremy. “There’s clarity of brief and clarity of purpose.”