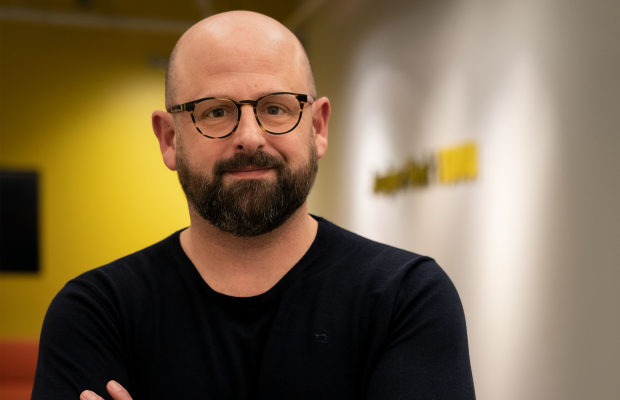 When I spoke to Graham Lang shortly after it was announced he was leaving South Africa to take the role of CCO at Juniper Park\TBWA, he said he was “always a little sceptical of people who devise these great schemes and plans before they’ve spent two minutes on the floor”. For him, it's more important to embed himself with the people and work of an agency before declaring grand plans for domination. But, fast forward to now and he’s spent more than two minutes on the floor of the Toronto agency - almost two years in fact.
With that in mind, I picked his brains on the changes he’s made, the work the agency is doing, and how he’s harnessing the power of the TBWA collective for the good of Juniper Park.
LBB> You've shifted Juniper Park's creative approach to focus on fostering creative talent - what was the situation like when you started and how - and why - have you made this shift?
Graham> When I started just under two years ago there was a pretty solid foundation but the agency was in a bit of a holey pattern for a while because of restructuring. But I came in with a solid bench of talent so, firstly, I tried to get as close as I could to that talent. It was about getting my sleeves rolled up and working very closely with the people - that increased my knowledge base on what their strengths and weaknesses were, as well as getting to know the clients. Reshaping how we worked really grew out of that process. The need to sit and reshape was clearly there within the agency because of a number of factors, with regards to the way the industry was moving and the way that TBWA wanted to position themselves. That really resonated with me. Once I understood the strengths and weaknesses of the team it was more about pulling back and becoming more of a nurturer as opposed to someone who is working really close to every brief, every team and every creative.
LBB> As you’ve said, the CCO's main role is the fostering of talent - nurturing creatives to ensure their best creative output. How did you find the challenge of doing that at Juniper Park and how did you go about it?
Graham> My approach is always about being clear on what the goal is and what the purpose is. Something that we’re measuring up to as our purpose is to dream to be the best agency in Canada and beyond - and wouldn’t it be amazing to be a part of that? People need to know why they would want to ladder up to a higher purpose. I think that making people feel like they can be a part of something special is something that I think is compelling and motivational. I’ve been on that journey in my previous role at Y&R. We dared to dream to be the best and we did it, we ended up as the number one agency [in South Africa]. So I’ve seen how having a strong sense of purpose can really galvanise an agency. But then, how do you do it?
Some of the visioning work that I’ve been doing has really broken into two compartments. One is around the people, one is around the work. If you get the people - your staff, your work family - if you nurture them and unleash them, give them the tools to be the best they can be, then it’s better to be at arm’s length to nurture, be there to help, encourage and coach. That’s when you get the best out of the people.
In terms of the work and setting a benchmark for it, we want to deliver work through passion. You have to be passionate about the industry, advertising and coming to work. The way that we’re asking people to work is through precision. Precision is all about how you work and the level of detail. Our CEO Jill Nykoliation talks about being a scalpel - being really sharp. The way that we elevate our brands to achieving more in the marketplace is through scalpel like thinking and scalpel like production and scalpel like execution. When we talk about our people we want to unleash and nurture. When we talk about the work it’s about passion and precision. That all taps into the purpose and vision of us wanting to be the best agency in Canada. I like having a very strong sense of purpose in how we do things and putting a lot of time into developing that because if you can be clear about the intention of what you’re trying to build, you’ve got a better chance of people resonating with it.
LBB> Which pieces of recent work have you been particularly proud in terms of them speaking to the changes that you've been implementing?
Graham> I think across the board we’ve been able to up the level of the work. We recently did a campaign for Brady called League of Legislators. That’s an example of how we use new platforms and channels to solve problems. Then if you look at the Unicef work that we’ve just done, it was a beautiful film called Right to Childhood. I think that’s a beautiful example of stripped back, great storytelling. We’ve recently launched our latest GoDaddy campaign, which is another great example of integrated thinking. It’s multi-platform, it’s got big film elements, outdoor, digital, social, PR. And our piece of work for Nissan from the summer was for its Kicks model, which is a more youth targeted product. We partnered with Lizzo for that, which is a great example of tapping into culture and making Nissan cool through partnering with her.

Brady is an example of new platforms and a new soul for tackling gun violence; Unicef is great storytelling; GoDaddy is great integrated thinking; and Nissan Kicks is an example of how we’re tackling entertainment and being culturally relevant. We don’t seem to be doing one style of work, which I love. I want to be agnostic in the type of work that we do.
LBB> Harnessing the power of the TBWA network has also been important for you - how has that contributed to your progress at Juniper Park?
Graham> I’ve been fortunate enough to sit on the global creative board. What I love about TBWA is that there is a relentless ambition to make sure that the future is not a scary place for our network and make sure that it’s an exciting place full of opportunities. It gives us accessible tools, learning and understanding of all the things that are helping to shape the future of our business. That makes it a very exciting place to be.
We’ve leaned into a lot of the tools within the collective. What’s great about the way that we operate is that we are a collective not a network. There’s an idea of command and control from the centre - you take what you need for your market and your clients. They don’t tell you how to behave or what to think, but there’s an array of tools and insights that each agency can use to the benefit of their market and clients. When I go to global board meetings, I see a collection of how different agencies are using the tools, so what you get isn’t a cookie-cutter replicated model across all the regions. It’s been massively helpful.
LBB> You told me a while back that you are always wary of 'big plans' - but where would you like to see Juniper Park if we speak again this time next year?
Graham> I would like to see us as the best agency in Canada. The metrics that I would use would be the local rankings - we have a thing here called Strategy Agency of the Year where they look at business results, awards, the work, the culture. I’d like to see us as Agency of the Year in that and at Cannes from a Canadian perspective. I’d like our own clients to be heralding us as the best agency that they’ve worked with. Whether it comes from an outside metric or the way that we internalise what we do, I’d like to say that we could call ourselves the best agency in Canada. That would be based on the culture that we build around unleashing and nurturing talent and also the kind of work that we produce filled with passion and precision. For me, that would be a beautiful future.