From Illegal Guns to Cannes Grand Prix: The Story of Humanium 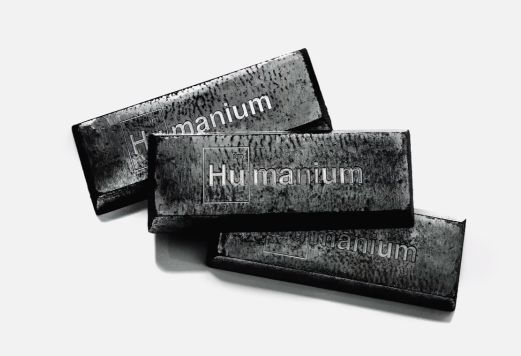 Humanium was devised by Swedish agency Åkestam Holst and digital innovation company Great Works (both part of the North Alliance group) in response to a brief from IM Swedish Development Partner, who found that illegal firearms were hindering their work helping some of the poorest countries in the world.

Johan Pihl, Executive Creative Director at Great Works says that this shocking fact really motivated the two agencies to try and find a solution. “The whole team from Great Works and Åkestam Holst was greatly affected when faced with the devastating facts surrounding illegal firearms in poor countries, where one person is shot and killed every minute. The team decided to work on finding innovative ways to tackle this global problem.”

And so Humanium was born – a metal alloy created from illegal guns and turned into all sorts of everyday items. The proceeds from these products can then be invested into in-need communities.

The project is currently in the prototype stage, with six Swedish brand partners involved – but we won’t have to wait long to see the Humanium products. “We anticipate the first Humanium Metal-based product will reach consumers this fall. Everything from door handles to dumbbells are on the table,” says Johan.

Indeed, that’s what impressed the Innovation Lions Jury President, Susan Lyne, who says, “Our Grand Prize winner was the entry that we believed showed innovation at every stage in the process, from concept to the procurement process to supply chain innovation to the business model to the partnerships they developed. All to create an entirely new brand, Humanium, made from confiscated illegal guns that will be used in everything from buildings to consumer products and whose proceeds will go back into the communities, multiple communities, that are most impacted by gun violence. So, everything about this was a perfect circle that, in totality, really represented everything about this innovation category.”

When it came to pulling all the players together, IM’s local heft and existing relationships helped considerably, but despite this the process of bringing Humanium to the world took several years. Innovation, it seems, doesn’t happen overnight.

“We immediately realised that we were facing huge challenges in terms of logistics,” says Johan. “IM are the real heroes as they were able to find a way through all the red tape and politics sounding weapons destruction programs. It’s because of IM’s long established relationships with local partner organisations, governments and authorities, that The Humanium Metal Initiative could become a reality. The project has also received valuable support from the Swedish foreign ministry and global world leaders. In the end, we have worked for three years to make Humanium Metal available for commercial production.”

With Humanium ready to reach consumers, the team at IM, Great Works and Åkestam Holst felt that the time was right to bring the project to Cannes. Three representatives spent a hot and sweaty 48 hours in their non-air conditioned apartment (the glamour of working a pro-bono initiative), refining their keynote speech. The Innovation Lions, unlike any of the other awards at Cannes, require the shortlisted entrants to present to the jury and answer their questions.

It was a rigorous process, but ultimately the chance to defend the project and get into the details made it a more satisfying experience for Johan and the team. “The jury’s questions were tough but fair, they mainly focused on the work IM is doing in countries affected by armed violence, and IM international director Peter Brune explained how the generated resources will be used to support victims of armed violence. Some questions were directed towards the business model and our current clients. It was an overall good experience that added to our presentation.”

In particular, they were keen to communicate just how innovative they had been in terms of the practicalities. “We believed, or rather hoped, that the jury saw how we had been able to establish a sustainable supply chain and a viable business model, in order to tackle one of the world’s biggest challenges. We also hope we showed that innovation can really change the world into a better place and that no challenge is too big,” says Johan.

Judging by the impressive Grand Prix trophy, the team’s appeal worked. Now that they’re back from Cannes, the focus now is on bringing Humanium to consumers and working with their partner brands to push it further.

“Our first obligation is to IM and the brands that are eager to develop new products with Humanium Metal,” says Johan. “And do we see it growing? Unfortunately the problem with illegal fire arms is a huge one, but everyone can see the potential of the Humanium Metal Initiative in generating new resources to help development in countries with high levels of armed violence.”