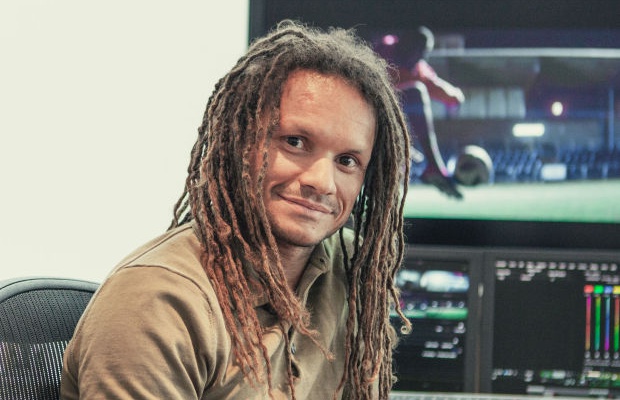 After a two year stint as an Englishman in New York, Freefolk’s multi award winning colourist, Paul Harrison is returning to their Soho studio after much demand. One of the most talented and experienced colourists in the business, Paul has been ranked amongst the top three visual effects artists in the UK for the last decade. Starting his career at The Mill, then MPC, before establishing the Grading department at Freefolk in 2012, Paul has founded a reputation for his creative ability and has built strong relationships with some of the industry’s leading directors and DOP’s, including James Rouse, Arno Salter, MJ Delaney, Megaforce, Noam Murro, Jaron Albertin, Frederik Bond, Traktor, and Guy Ritchie.
Paul says, “As much as I loved New York and all that it had to offer, I was drawn back to London. The creative talent and the type of projects to work on in London is a big factor. I’m looking forward to getting stuck in again whilst still maintaining relationships in New York.”
As well at the return of Paul, the company also announce Fi Kilroe and Vittorio Giannini stepping into new roles as joint MD/EPs.
Formerly head of production and executive producer respectively, Fi and Vittorio are well placed to lead the company going forward. Having both started their careers at The Mill, Vittorio moved on to become director of production at MPC whilst Fi worked in production before heading up the production department at The Mill. Between them they have an unrivalled wealth of industry knowledge and experience.
These changes at Freefolk coincide with the company taking the decision to wind down their New York studio to focus on their London offering.
Co-founder and creative director, Jason Watts commented, “It’s brilliant to have Paul back with us in London, his UK client base is so strong that he ended up working remotely on numerous UK projects whilst in NYC so it made sense to stick to one location - there’s only one Paul and he can’t be in two places at once! He’ll still be available for remote grades with his American clients through various partnerships we have established, so it’s the best of both worlds.”
New joint managing director Vittorio Giannini says: “In the past year, with both launching our Emmy winning and twice BAFTA nominated longform department and some pretty big commercial projects, we are experiencing an extremely busy time in London so it makes sense to really concentrate our services and have the best talent under one roof.”

Freefolk Strengthens Their Offering with a Hattrick

Freefolk Picks Up BAFTA Nomination for The Alienist