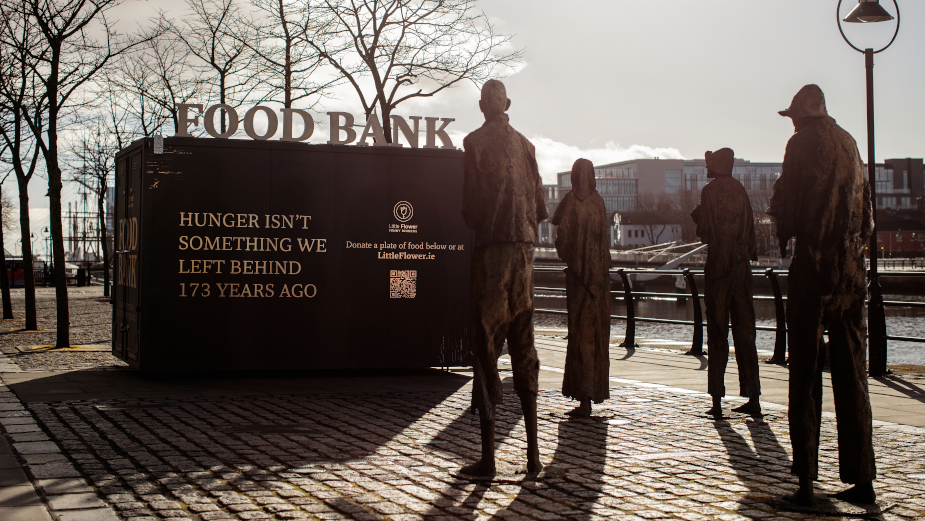 To shine a spotlight on Ireland’s rampant food poverty rates, food charity Little Flower Penny Dinners has teamed up with creative agency In the Company of Huskies, drawing attention to the issue of food poverty with their latest campaign entitled ‘Famine Food Bank’.

On Saturday 12th March, Huskies installed a non-functional food bank in front of the most powerful symbol of hunger in Irish history, the famous Famine Memorial, where people could donate a plate of food to Little Flower using a QR code. Situated in Dublin City Docklands, the Famine statues provide a stark reminder of the Irish Potato famine -  the most profound disaster in Irish history, when more than one million people died and a million more emigrated.

Despite the notion that hunger was something that Ireland left behind way back in the 1800s, food poverty is still a huge, yet almost hidden problem in modern-day Ireland. 173 years later and Ireland is still hungry. Over 100,000 children go to bed hungry every night, 20% of parents regularly skip meals to feed their families and the demand for food help increased by 70% during Covid. As the cost of living soars in Ireland, these numbers are only set to skyrocket.

Serving food to those most in need since 1912, Little Flower Penny Dinners is committed to giving support, service and a place of welcome through providing 1,500 meals a week, every week.

The campaign launches this week with a key image and a video online and on socials.

Damian Hanley, creative director, In the Company of Huskies said: “The great hunger didn’t just happen in 1847. It happens at 18:47 every night. 100,000 children go to bed hungry. This famine statue is such an amazing memorial, but this idea shows that hunger is not a memory for many people.”

Ruth Harkness, manager, Little Flower Penny Dinners adds: “I don’t think the wider population even realise how extreme the hunger issue is, and it's continually getting worse. We can see it just by the sheer number of calls and visits to our door. People are trying their best, but still face huge dilemmas every day - do I eat, or do I heat the house? Money just isn’t stretching, and families don’t have enough food to put on the table, never mind school books. If Little Flower didn’t exist, I just don’t know what they’d do.”

The date of the activation was no coincidence. Little Flower wanted to capture the attention of the Irish public, and even people around the world, at a time when Irish pride is at the forefront of everyone’s mind in the lead up to St Patrick’s Day.

Ruth Harkness continues, ‘We’re a nation of givers, and are known worldwide for this. So we wanted to call out at a moment when we’re all feeling so proud to be Irish, in the hope that people will extend their generosity to those around them who really need it.”

To find out more about the campaign or to donate a plate of food to someone in need, you can visit Little Flower’s website. 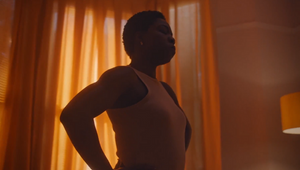 In the Company of Huskies Wins EPICA Award 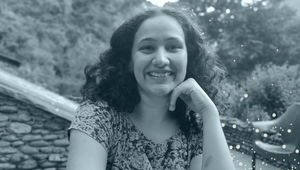 An Ode to the Chameleon Called Advertising 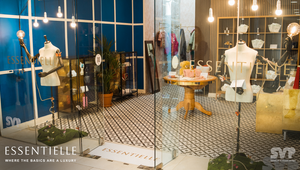 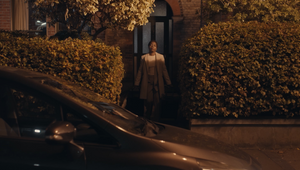